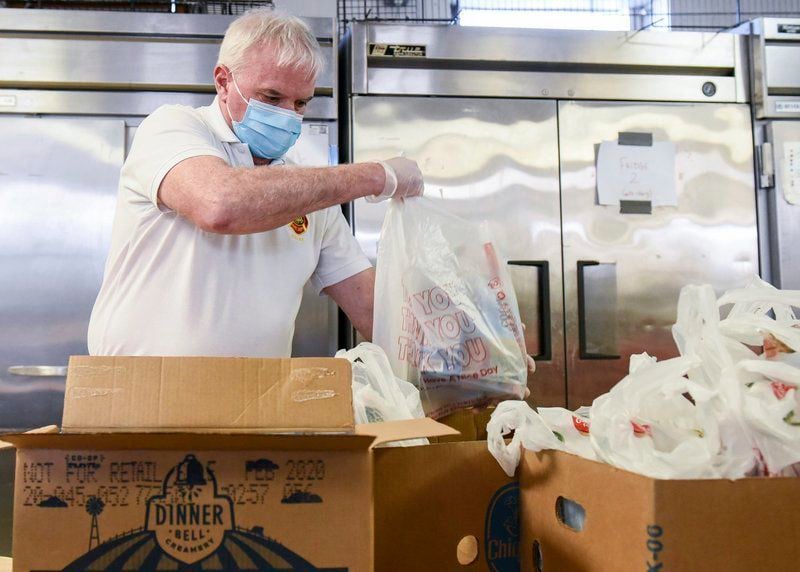 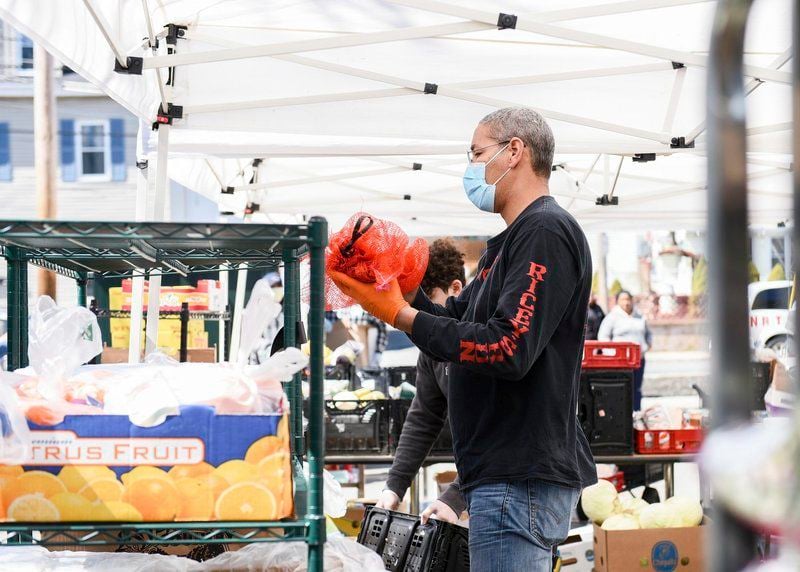 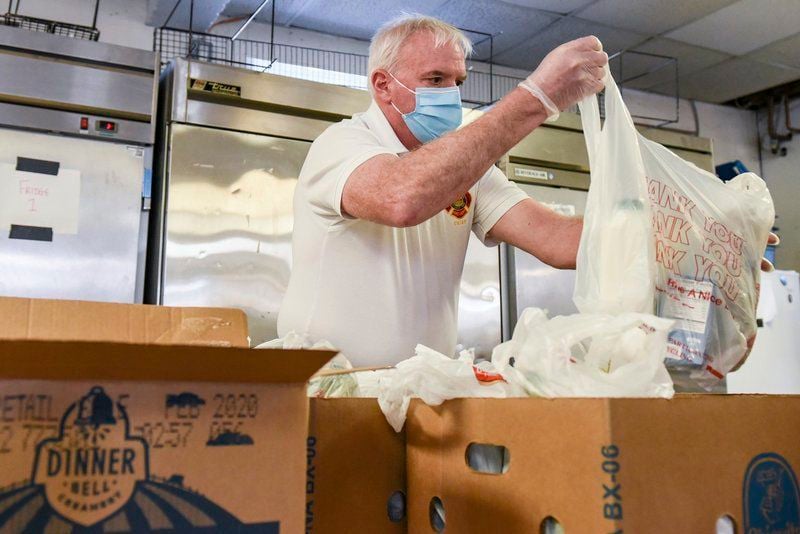 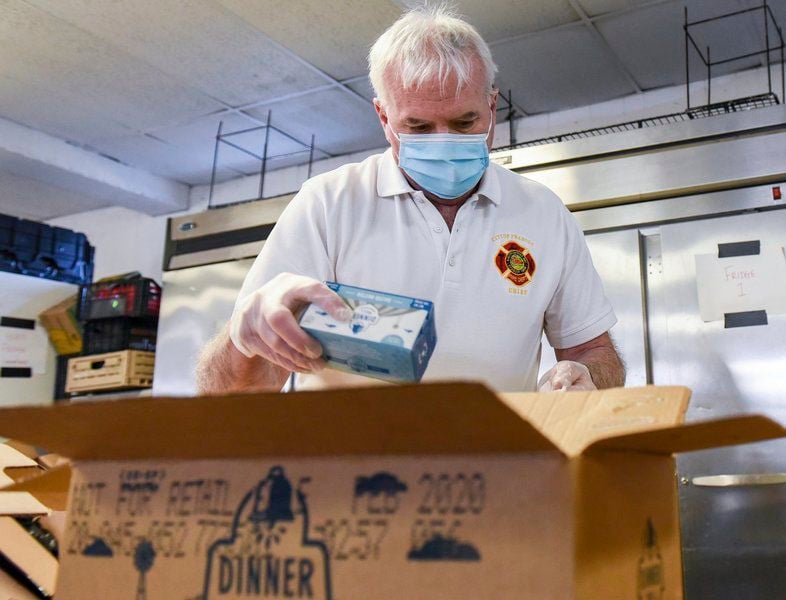 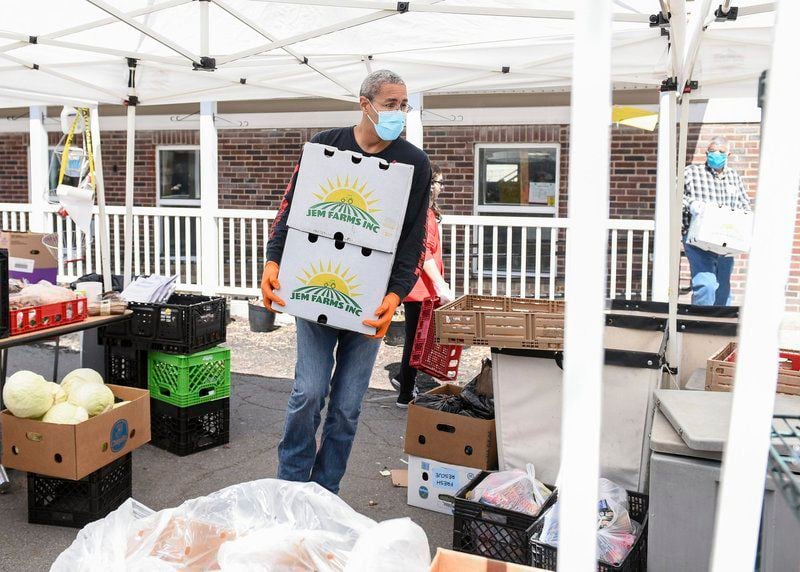 PEABODY — Jean and Jack Ward of West Peabody have been volunteering at the Citizens Inn Haven from Hunger food pantry and community meals program for about nine years. Both in their 60s and retired, they've done so twice a week.

Jean Ward, who is on the board of Citizens Inn, said they've had to cut back on their duties during the spread of the novel coronavirus out of concern for their health. So rather than her greeting clients on Tuesdays and Thursdays while Jack helps dispose of cardboard boxes, they've been making food deliveries instead.

But the lack of older volunteers has left Haven from Hunger shorthanded.

With more families seeking help to feed themselve during the economic shutdown of the COVID-19 pandemic, Citizens Inn is looking to hire 10 furloughed or laid off restaurant workers at its Haven from Hunger location at 71 Wallis St.

The need is there because many of the food pantry's regular volunteers are retirees who need to stay home or away from the food pantry amid the COVID-19 pandemic, because they are at greater risk to their health.

"I want to staff up quickly," said Citizens Inn Executive Director Corey Jackson in a post on social media. He also said they've reached out to Haven from Hunger's restaurant partners looking to hire more staff. They're looking for folks with ServSafe training in how to handle food and with restaurant and kitchen experience preferred.

The job at Haven from Hunger would be for eight weeks, comes with health insurance and full benefits while paying $15 an hour, Langis said. For those who wish to inquire, you may contact Executive Assistant Rachel Leibowitz at rleibowitz@citizensinn.org.

"I think that maybe they think they're helping others," Ward said about the volunteer experience, "but they are going to feel so good themselves."

"We are happy to provide the services; we just want to be able to staff it appropriately," said Langis, who said the organization is grateful for the volunteers who continue to help out.

Many of the food pantry's volunteers are seniors, Langis said. Older adults and those with underlying health conditions are susceptible to a risk of severe illness from COVID-19, according to the U.S. Centers for Disease Control and Prevention.

Langis said that for those reasons, Haven from Hunger does not want to jeopardize their health. So the pantry is looking for those with a low-risk of severe illness, those under 60 who do not have preexisting conditions, to volunteer or get a part-time job.

At the beginning of the crisis in March, the food pantry had enough volunteers. But by the middle of last week, amid increased calls for physical distancing and recommendations to wear masks, the number of volunteers dropped off sharply, Langis said.

Langis said they need 10 people to run the program.

Duties involve checking in pantry guests, filling up grocery bags, helping Jurs in the kitchen preparing meals or taking out the trash. The food pantry operation has moved outside, so clients get bags of groceries on a cart which they wheel to their car. Each cart is then sanitized before its used again.

The food pantry normally sees 140 families on its busiest weekday, which historically has been Thursday.

"The increased demand is only going to grow," Langis said.

One of those who is looking to volunteer again at Haven from Hunger is Matt Mogavero, 24, a Peabody resident who works at the Statehouse. He did so in mid-March, responding to an email looking for help with the No Child Goes Hungry in Peabody backpack program that provide backpacks full of meals to students on free and reduced lunch.

"I just wanted to lend a hand because right now it's very stressful for a lot of people," Mogavero said.

The Open Door, which operates food pantries in Gloucester and Ipswich, has been offering curbside pickup and delivery of groceries and meals in recent weeks amid the shutdown of gatherings statewide.

The nonprofit has also seen its numbers climb each week during the crisis, with 1,100 households served the week before last and 1,354 served last week in the service area it covers, said President and CEO Julie LaFontaine. The Open Door's service area includes Gloucester, Rockport, Essex, Manchester-by-the-Sea, Ipswich, Hamilton, Wenham, Rowley and Boxford.

"We do have a place for volunteers," said LaFontaine, who said they must wear gloves and facial coverings while they work.

Over the past three weeks, The Open Door has placed 120 volunteers in positions. While that sounds like a lot, they operate on an alternating week system in which 60 volunteers work one week and 60 others work the next, with a majority of the work involving no-contact food deliveries. Those interested in volunteering should email helper@foodpantry.org.