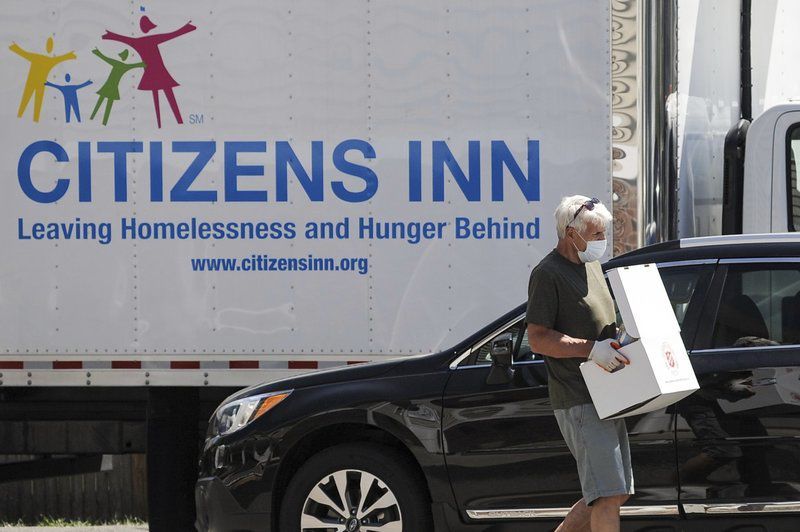 JAIME CAMPOS/Staff photoA man loads a box of food items in his car as Citizens Inn is seeing more than 400 new households seeking aid in Peabody. 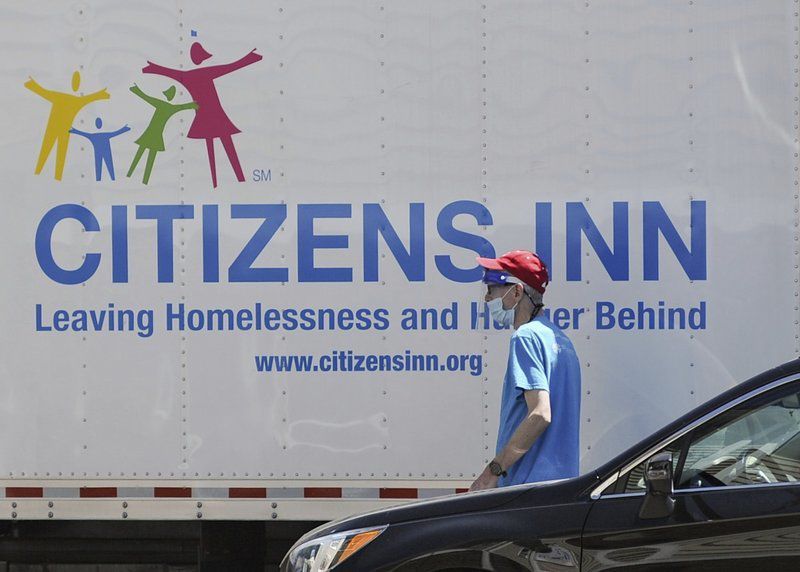 A man looks to fall in line as Citizens Inn is seeing more than 400 new households seeking aid in Peabody. JAIME CAMPOS/Staff photo 6/19/2020

JAIME CAMPOS/Staff photoA man loads a box of food items in his car as Citizens Inn is seeing more than 400 new households seeking aid in Peabody.

A man looks to fall in line as Citizens Inn is seeing more than 400 new households seeking aid in Peabody. JAIME CAMPOS/Staff photo 6/19/2020

PEABODY — The demand for the services of Peabody’s Citizens Inn Haven from Hunger food pantry are more than double that of the same time last year.

But that increased need comes at a time when donations of both food and cash, and the availability of volunteers, have dropped, due to the COVID-19 pandemic.

“We are seeing a lot of new families who need us,” said executive director Corey Jackson on Friday.

Approximately 511 new clients, from both Salem and Peabody, have registered for the pantry.

But many of the pantry’s traditional sources of food — including food “rescues” from supermarkets, restaurants and bakeries — have grown tighter. And supply chains that were geared toward a certain percentage of people dining out or getting lunch during the workday are also adjusting.

That has meant the pantry has to purchase more of the food it distributes.

Last month, North Shore Bank announced that it would be stepping up to assist, creating a fund that will match up to $50,000 in donations made to the pantry during the month of June.

“As always, Citizens Inn is on the front line, committed to fighting food insecurity and homelessness, and the bank couldn’t be prouder to assist them with their indispensable mission,” said North Shore Bank Chief Executive Officer Kevin M. Tierney Sr.

Jackson said the organization has already raised nearly $23,000 during the month.

Donations were up during the first two months of the pandemic, but Jackson said that more people may be facing their own financial hardships.

The pantry has been getting grants and assistance from various entities, including CARES Act funds from Salem and Peabody, and a grant from the Essex County Community Foundation and the J.B. Thomas Lahey Foundation, he said. The funds also allowed him to replace some volunteers, who were unavailable to work due to being at high risk from the virus, with laid-off restaurant workers.

“I’m really worried about the fall and winter,” he said.

Several food businesses in the area, including Highliner Foods, Gorton’s and USFoods have been supportive as well, said Jackson.

Donations can be made on the websites of both Citizens Inn (citizensinn.org) and North Shore Bank (northshore-bank.com).