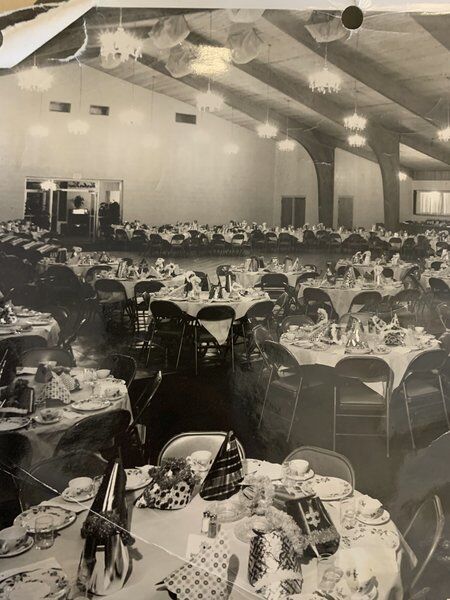 Courtesy photoThis photograph, which hangs in the ballroom at Danversport, shows the room decorated for a New Year's Eve party not long after the function hall first opened in 1970. 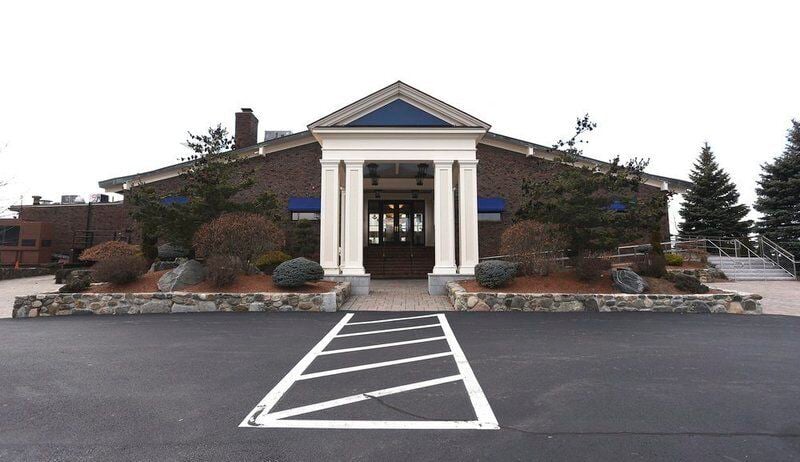 PAUL BILODEAU/Staff photoA look at a quiet front entrance to Danversport function hall in Danvers. Danversport has typically hosted a New Year's Eve party, which they have had for the past 50 years, but the venue will not be doing so this year due to COVID-19 restrictions.

Courtesy photoThis photograph, which hangs in the ballroom at Danversport, shows the room decorated for a New Year's Eve party not long after the function hall first opened in 1970.

PAUL BILODEAU/Staff photoA look at a quiet front entrance to Danversport function hall in Danvers. Danversport has typically hosted a New Year's Eve party, which they have had for the past 50 years, but the venue will not be doing so this year due to COVID-19 restrictions.

DANVERS— Joe DeLorenzo stood in the ballroom at Danversport and pointed to a photograph of the same room almost exactly 50 years before.

“That’s New Year’s Eve,” he said, adding that the photo was taken in 1970 less than a month after his grandfather, also Joe DeLorenzo, opened the event business under the name Danversport Yacht Club.

In the photo, dozens of round tables are embellished with festive, metallic hats, and rather than the Chiavari wedding chairs that currently surround each table, there are metal folding chairs. The hardwood floor is replaced by carpet, and several small chandeliers hang from the ceiling rather than the two large crystal chandeliers that currently hang over the dance floor.

“I think that was the first time we hosted New Year’s,” DeLorenzo said, his voice echoing through the room which is meant to hold events for up to 650 people.

For the first time in 50 years, Danversport will not host any events on New Year’s Eve. There will be no live music, no dancing, no balloons falling from the ceiling, no countdown to 2021, no champagne toast to the new year.

“It is totally different this year,” said DeLorenzo, who is one of several managers at the family-owned business.

DeLorenzo said the management team at Danversport originally had scaled back plans for New Year’s Eve, but when the state rolled out more regulations and guidelines for restaurants and event spaces, the club decided not to do anything.

“We were originally thinking about a sit-down dinner with a tasting menu,” DeLorenzo said, explaining that the venue has had success doing similar events over the course of the past few months. “But when the state said you can only sit down and eat for 90 minutes, well that doesn't really work. And you also can't serve people after 9:30 p.m. We talked about doing a ball drop at 9:30, you know that will be fun, and we'll get a band and it'll be a big celebration.”

But then the state released new guidelines with limitations on indoor entertainment like live music, DeLorenzo said, adding that the ballroom can only host 10 people for an event and about 25% capacity if it functions as a restaurant.

“We decided that it is not feasible to do,” DeLorenzo said. “There is nothing we can do. We can't do anything.”

Typically, somewhere around 400 people ring in the New Year in the ballroom at Danversport, DeLorenzo said. For many years, the venue hosted a ticketed New Year’s Eve event with live music. For the last few years, an Italian heritage club from Boston has rented out the ballroom.

Kevin DeLorenzo — DeLorenzo’s uncle and the son of Danversport's founder — who works at Danversport Marina, said the New Year’s Eve celebration in the ballroom is usually a big deal for Danversport.

“It is kind of sad,” he said about the fact that the ballroom will be empty this year when the clock strikes midnight.

Both DeLorenzos said holidays like New Year's Eve are typically a family affair at Danversport.

"That is when the whole family is working," DeLorenzo said, explaining that depending on the time of year, four generations of DeLorenzos can be found working at the club.

Hampton - Ernestine W. Hemeon, 86, of Hampton, passed away peacefully surrounded by family on Friday, January 15, 2021. She was born in Salem, Mass. on January 29, 1934 a daughter of the late Frederick and Eva (Stickney) Brewer. She spent her adolescent years in Salem and raised her family i…