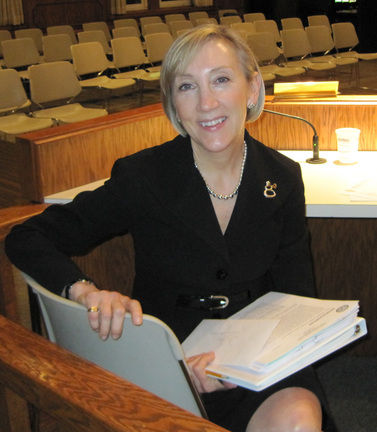 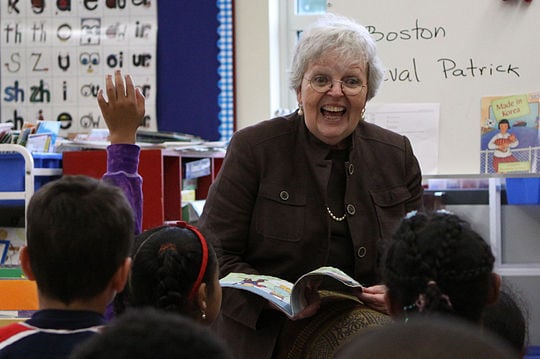 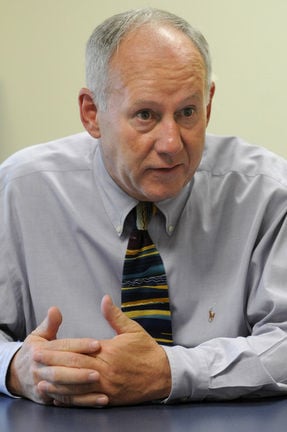 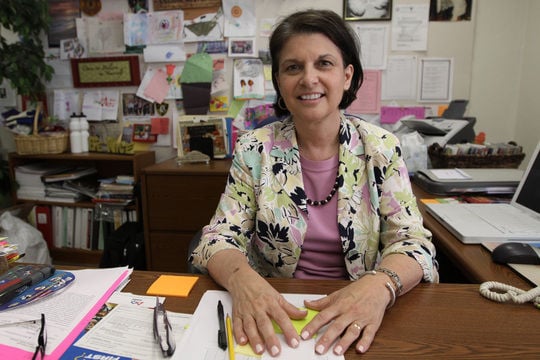 SALEM — This fall, the Salem Public Schools will be without four familiar faces who, together, boast 140 years working in education.

Today is the last day of school for Principal Diane O'Donnell, who is retiring from Horace Mann Lab School; Principal Phil Burke, who is saying goodbye to Carlton School; and Principal Ana Hanton, who is bidding farewell to Bowditch School.

We caught up with all of them this week.

Alyce Davis frequently replenishes the candy dish on the table in her office — a testament to the former students who regularly stop by to visit with her.

Davis came to the Salem schools 10 years ago, as principal of Witchcraft Heights Elementary School — a highlight of her career.

"You just realize the impact, small or large, you have on a child's life, and that's just so gratifying," said Davis, a Salem native. "A principal has the opportunity to do that and work with kids — it's the best possible combination."

Davis, 56, has been assistant superintendent for four years in Salem, a district with 4,500 students. Previously, she worked in the Danvers Public Schools and the Hanover Public Schools, where she took her first job in 1975 teaching middle school social studies.

She lives in Salem with her husband, Jack. They have two children, Courtney, 24, and John Jr., both Salem High School graduates. John will be a senior this fall at Ithaca College.

Growing up, I really loved school, and the whole idea of school. ... I'm the eldest of six, so there was always an opportunity to teach someone.

Why did you become a teacher?

I didn't really think of going to college. It wasn't in the scope, financially, for our family. I had a great teacher in seventh grade, Mrs. Jalbert, who encouraged us to think about our possibilities. ... So it was having a teacher who made things seem possible, and having a supportive family.

Absolutely, without a doubt, the human side of the job: children, teachers and my colleagues on the leadership team.

In summers, I had been teaching a course at Salem State. Now I will be teaching that each semester, 'Principalship in Contemporary Society.' ... I applied to be a docent at the Peabody Essex Museum with the education department there. I think it's important to volunteer.

After graduating from Salem High School, Diane O'Donnell attended Salem State College and served as a student teacher at Horace Mann Lab School — the school she would one day lead as principal.

She is retiring after 36 years in the schools, serving much of her tenure as a kindergarten teacher.

"Working in kindergarten is joyful," she said. "You smile and laugh every day."

O'Donnell, 57, has served four years as principal of Horace Mann, a K-5 school with 320 students.

She lives in Salem with her husband, Hank, a former Salem superintendent. Their son, Carlos, is a student at Endicott College in Beverly, and their daughter, Liliana, attends Pingree School in Hamilton.

You said teaching kindergarten was joyful. Why?

Besides teaching them reading, you're teaching them how to be social beings, how to get along with other people and how to negotiate what they need. They're learning how to be kind and respectful, and how to fit in with a group of people.

What's most challenging is when you see kids and families in crisis, and you do the best you can to help them, but it's difficult.

Is it hard to leave?

I definitely have mixed feelings about it. I started here when I was 21. I met wonderful colleagues and mentors — you don't do it by yourself. And I hope I've mentored some people, too, and helped some young teachers.

I would like to be able to mentor student teachers, probably through Salem State College.

From counselor to principal, Phil Burke has fulfilled many roles in the Salem Public Schools during his 26-year tenure — while also serving his country.

A counselor by training, Burke was in private practice when he applied to the schools in 1984 to work with troubled students at Salem High. He would eventually serve as assistant principal, and later as principal of the high school.

He returned to counseling at Bates School and was deployed to Iraq with the Army Reserve as a combat stress counselor in 2002. He was redeployed in 2005, heading a combat stress team. He also worked as a counselor at Collins Middle School.

Burke, 63, has been principal for three years at Carlton School, a K-5 school with 175 students. He lives in Salem with his wife, Shirley. They have two sons, Matthew and Adam, who went through the Salem schools and recently graduated from college.

If you haven't experienced elementary school, you're missing something in public education. It really is a team effort, and the commitment to kids is just enormous.

(He gets up from the interview and retrieves a stack of birthday cards the first-grade class made him, with crayon drawings of him and notes like, "Mr. Burke is the best" and "I luve him he is so nise.") "I like when they actually draw hair on me," he added with laugh.

Some people feel they can't teach or work where they live — I wouldn't have it any other way. The commitment to a city, kids and education: That's a nice package. It's just been a wonderful city to work for.

I'm the new director of psychological health at the Joint Forces Command in Massachusetts, so I'll be traveling between Hanscom (Air Force base) and the Military and Family Support Center in Wellesley.

Ana Hanton grew up in Argentina and has taught everywhere from Buenos Aires to Florida.

She came to the Salem schools 11 years ago as assistant principal of the former Crowninshield Wharf at Collins Middle School.

"In all the years, I encountered the most talented teachers I've ever known in this district," said Hanton, 65. "Very, very cultured and gifted people."

She is retiring from Bowditch School, where she has been principal for eight years, overseeing a K-8 school with nearly 500 students that features a dual-language program in English and Spanish.

"I feel very fortunate that my last job was in Salem," she said. "It was a very special experience."

Hanton came to the United States in 1981 to earn her master's degree at Boston University. Here, she met her husband, Kyle. The couple plan to move to Sarasota, Fla., this summer. Their daughter, Maria, graduated from Salem High School.

Why did you become a teacher?

I started teaching when I was 17. Just out of high school, I taught English in the mornings in Buenos Aires and I was going to school in the afternoons and evenings. I've always loved it.

The challenges of having to teach kids, but those are good challenges. I like a challenge. ... To be honest, the only real challenge has been the unfortunate drop in the economy, and that has made it hard.

My kids and many of my colleagues. I love it here, and I love my kids. The other thing that's wonderful about Bowditch is the parent support, which is absolutely incredible. I'm going to miss it.

There are plenty of colleges, so I might teach a class, and I'll probably do some teacher training in Buenos Aires. I'm hoping to do some writing, short stories.