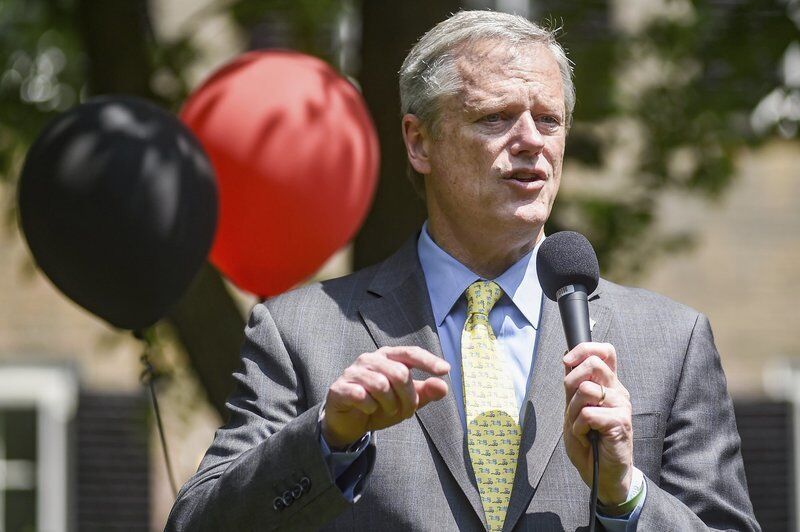 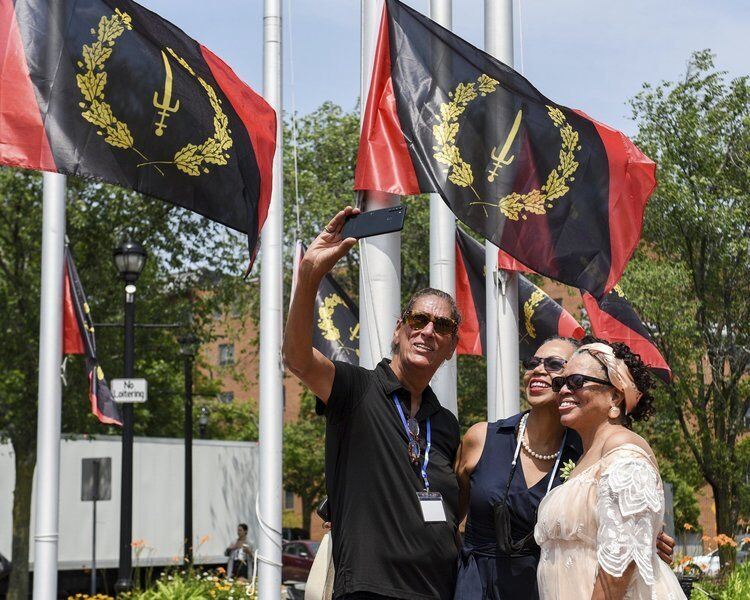 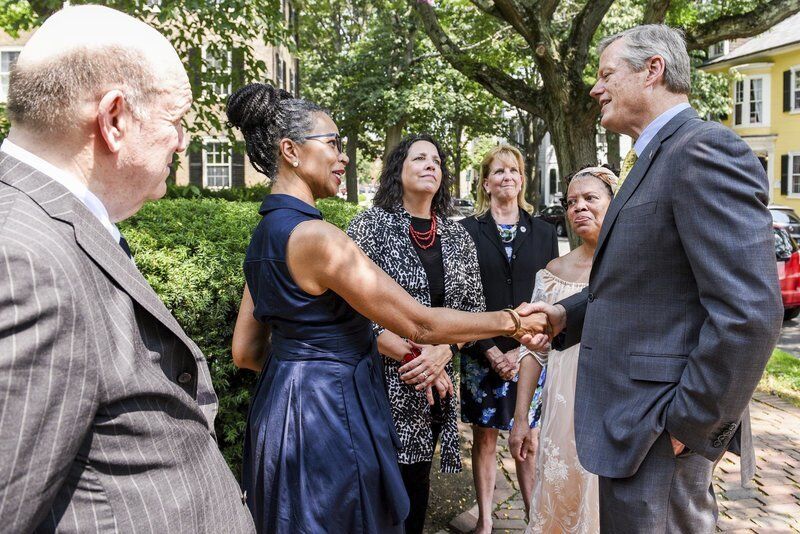 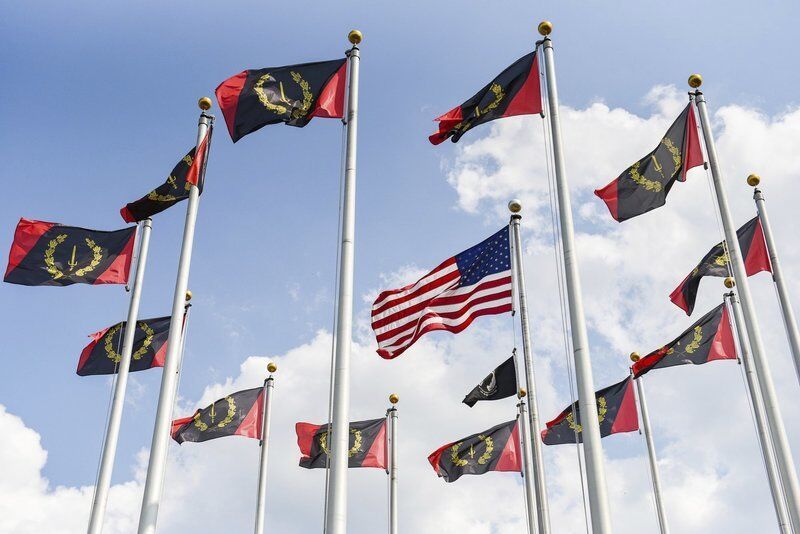 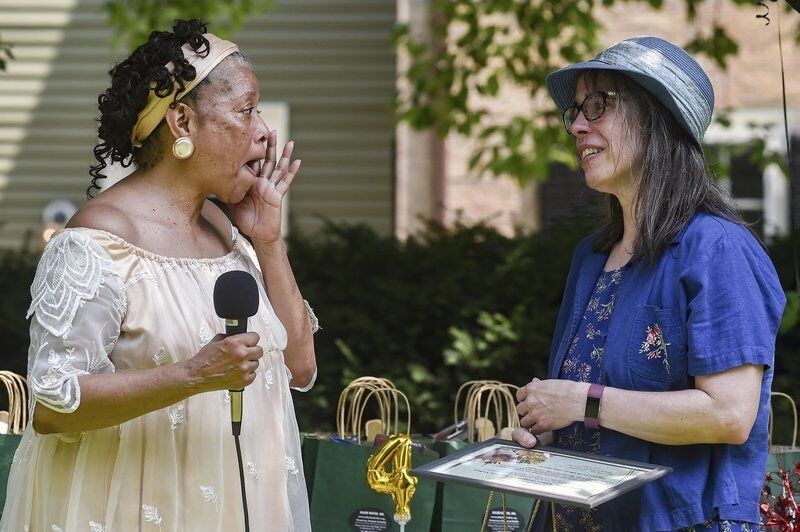 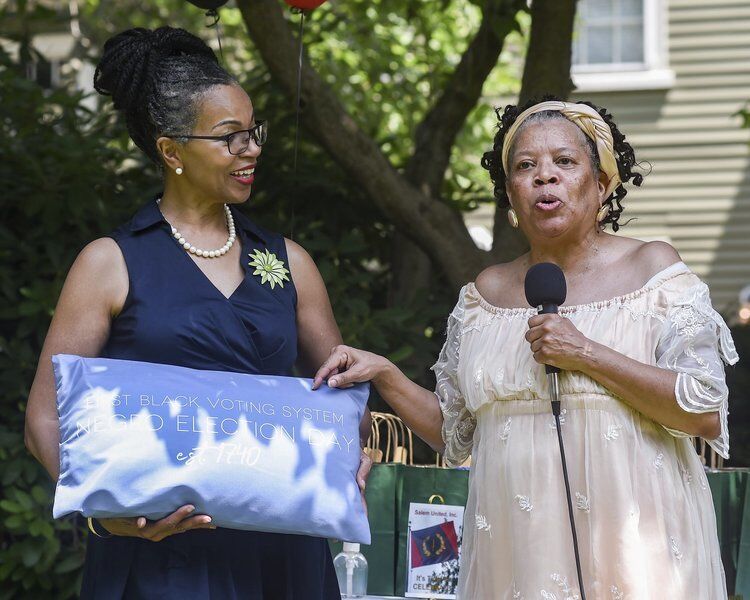 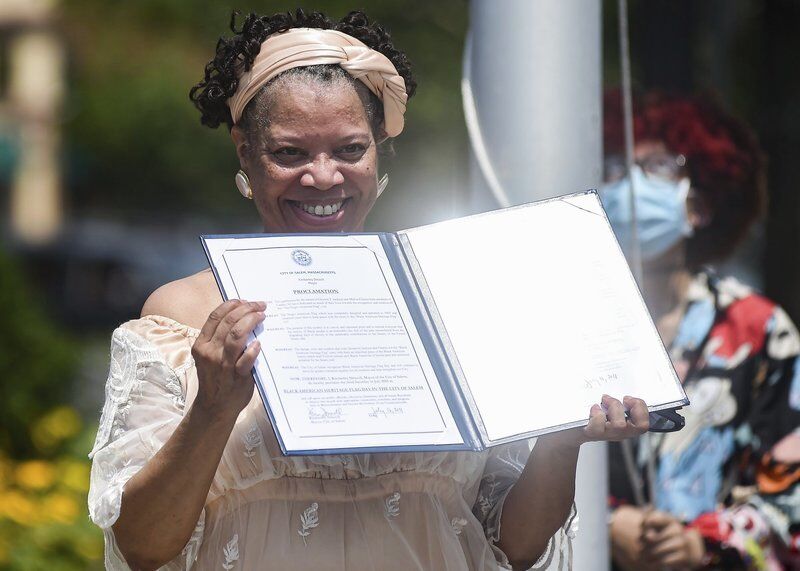 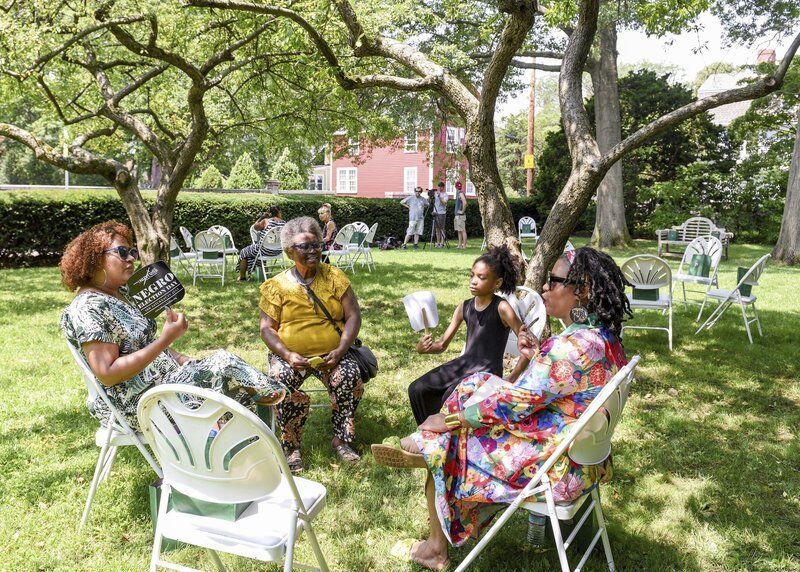 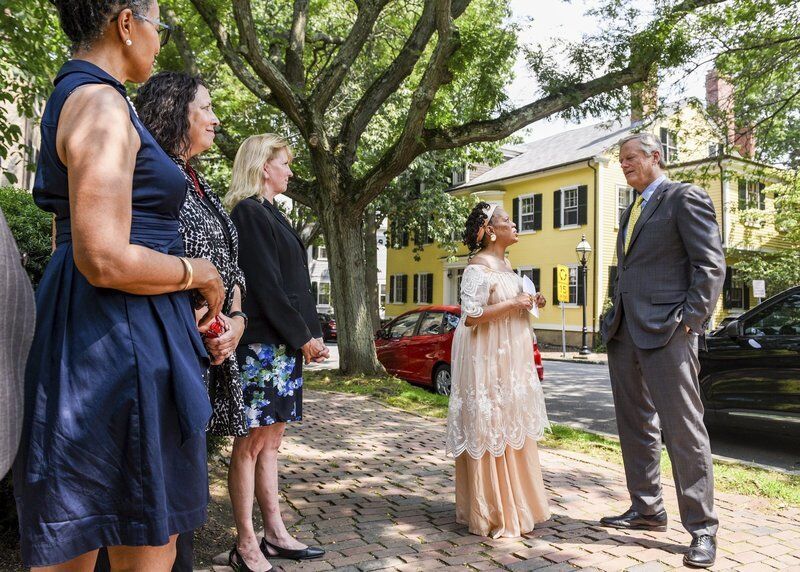 SALEM — Decades before the original colonies of the United States declared independence from England, enslaved people in Massachusetts created a means of self-governance and suffrage.

It was called "Negro Election Day," and its roots go back to 1741. Since the late 19th century, an annual celebration, the Black Picnic, has been held at Salem Willows every July — until the pandemic.

On Friday, Gov. Charlie Baker and Ambassador Gina Abercrombie-Winstanley were among those who gathered in Chestnut Street Park to commemorate the event and an exhibition assembled by Salem United.

That exhibition, inside Hamilton Hall, details the history of Negro Election Day, when enslaved and free Black people got together to elect a king and queen.

Abercrombie-Winstanley, chief diversity and inclusion officer at the U.S. State Department, called it a "poignant" celebration, coming both at a time when much of the world has been shut down by the pandemic and the nation is facing its own racial reckoning.

"When even the sanctity of voting rights remains fragile and uncertain, it is quite moving to find myself here at the site of the first recorded case of Black suffrage in America," Abercrombie-Winstanley told the crowd of several dozen people. "Despite living amidst the inhumanity of slavery, they would demand and create space to have voice in their own lives."

Doreen Wade, the president of Salem United, said she hopes that history inspires people to work for change.

"This is a history that people should be proud of," Wade told the audience. "Everybody tells us our history starts with slavery. Our past is not just slavery. Our history is one of kings and queens."

Wade talked about historic achievements of the modern era by men and women of color, from the invention of the stoplight to the first heart transplant.

But the major focus of the event was on the Black community's long history of organizing and creating opportunities.

"At a time when our rights are being taken away, our history has come to light," Wade said.

That history "will teach us, our voices matter," she said.

"Together we can change the world," said Wade. "But if we don't start doing it now, it's never going to get done."

"Some wise person said one time that history gets written by the winners and the truth of the matter is that the story of history is always a lot bigger and a lot more complicated and a lot messier than the story that's written by the winners," said Baker. "I think one of the things that's most important for all of us, wherever you're from, wherever you grew up, whatever you believe, is that you recognize and understand there are stories to be told and you need to be open-minded enough to hear those stories and to learn from them."

Baker spoke of his efforts to get funding through the Legislature for housing programs that will address the long-term impact of  housing policies in the past that created segregated communities and few opportunities for homeownership among Black and Latino communities — and the opportunities for those families to build generational wealth.

State Sen. Joan Lovely, of Salem, said she is hopeful the Legislature will also take up — and that the governor will sign — a bill that would designate the third Saturday in July as Negro Election Day.

"About four years ago I got a knock on the door at my office," said Lovely. It was Wade, asking her to file the bill.

Lovely said Wade did "an incredible amount of work" on the legislation, which was recently referred to the Joint Committee on State Administration and Regulatory Oversight.

Mayor Kim Driscoll credited Wade with raising awareness of a piece of history in a city that is filled with better-known historic events.

"This is a town where back in 1692, where neighbors turned on each other, we now turn toward each other," said the mayor. "The legacy that marred Salem is part of what drives the positive actions that we take today."

Several other city officials spoke during the event, one of several scheduled Friday and Saturday.

City Councilor-at-Large Domingo Dominguez spoke of his African and Latino heritage. "To me this is the real deal." He said the presence of so many people Friday shows that working together will help achieve progress.

Ward 7 Councilor and mayoral candidate Steve Dibble called the event a "great legacy" for the city. "That's what Salem's all about," said Dibble, who spoke of the diversity in his neighborhood. "I grew up in Dorchester. When my wife and I came to Salem, we decided to raise our family here, and it was not a mistake."