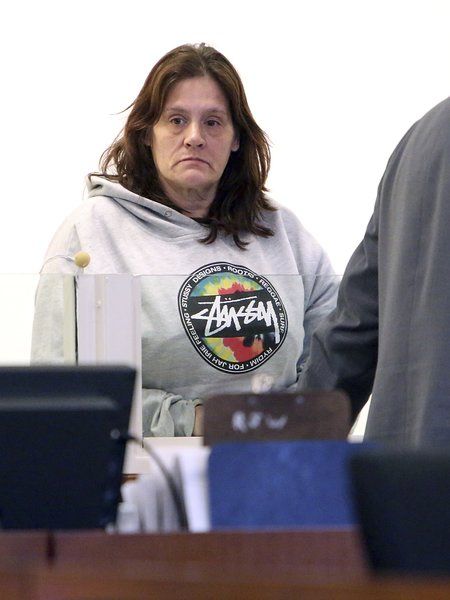 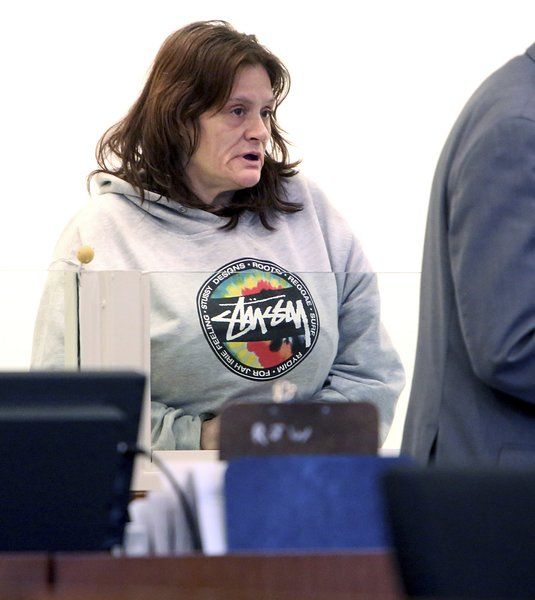 SALEM — Two young men, fed up that someone was stealing packages from their South Salem apartment building, laid a trap that has led to the arrest of a serial thief, police say.

Tina White, 49, of 335 Lafayette St., Salem, is now facing a new string of charges, including two counts of breaking and entering and four counts of larceny from a building, the latest entries in a record that dates back several decades and includes at least a dozen other theft-related cases.

And among the victims in the new case: a daughter of Salem’s police chief.

“She may not be a threat to the safety of the community, but she appears to be a threat to a happy Christmas for a number of people in her neighborhood,” suggested Salem District Court Judge Robert Brennan, who set bail for White at $5,000. The judge also pointed to White’s long record and a history of skipping court.

White’s alleged scheme began to unravel on Sunday, when two of her neighbors on a nearby side street opposite Salem State University discovered that someone had taken a package from the front hall of their building.

The younger of the men called his neighbor and friend asking him to take in a package, a $200 fishing reel sent by his father, that had been delivered on Friday.

The 23-year-old had seen a package in the hallway during the weekend. But when he went to look for it, it was missing.

The two put their heads together and came up with a plan: they would leave an empty box, sealed, with a label, in their hallway, according to a police report.

About 25 minutes later, one of the men heard someone enter the hallway. He opened his apartment door just in time to see an “older” woman carrying the package under her arm. When he asked what she was doing, she claimed she was picking it up for a friend.

The man took the package and told her that he knew it was for his neighbor, then watched as the woman — later identified as White — walked back toward an apartment over a convenience store.

The man told police he recognized the woman because he had seen her walking her dog around the neighborhood.

Police Patrolmen Edward Pierce, Deni Gaito and William Jennings went to the apartment, one of several “rooming house” style units over a store on Lafayette Street. They found a man on the bed in the room and noticed a brown box with the name of another resident of the rooming house on the floor.

It turns out that man had ordered two pairs of camouflage pants and a “peace bear” but that the package disappeared back on Dec. 13.

Police, now joined by Detective Dan Tucker, went back to the station to get a search warrant for the apartment.

While they were writing an affidavit, Tucker’s own sister called in a report of an Amazon.com package being stolen from her apartment, which is also near the Salem State campus. That package contained a dartboard and a “WWE Stackdown” toy intended as gifts.

When police went back to the rooming house with the search warrant Monday night, they found both of those items in White’s apartment, along with a pair of camo pants hanging in the closet, and the $200 fishing reel, which had been gift-wrapped. They also found boxes with labels addressed to the victims.

They found White hiding in a common bathroom on the second floor. She was arrested.

White admitted taking the items, Salem Police Lt. Conrad Prosniewski told the judge, but insisted that she was only taking them to give as Christmas presents.

Patrick O’Malley, who represents White, said his client has been trying to turn her life around by attending college-level classes in medical bill coding.

He said she would be unable to come up with such a high bail.

If she does, or if she convinces a Superior Court judge to reduce the bail, she’s been ordered to stay away from her neighbors while the charges are pending.

A pre-trial conference is scheduled for Jan. 15.