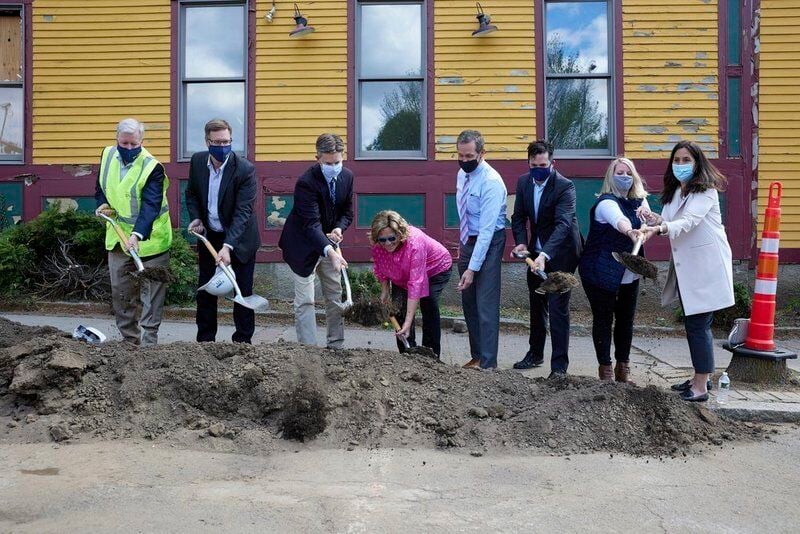 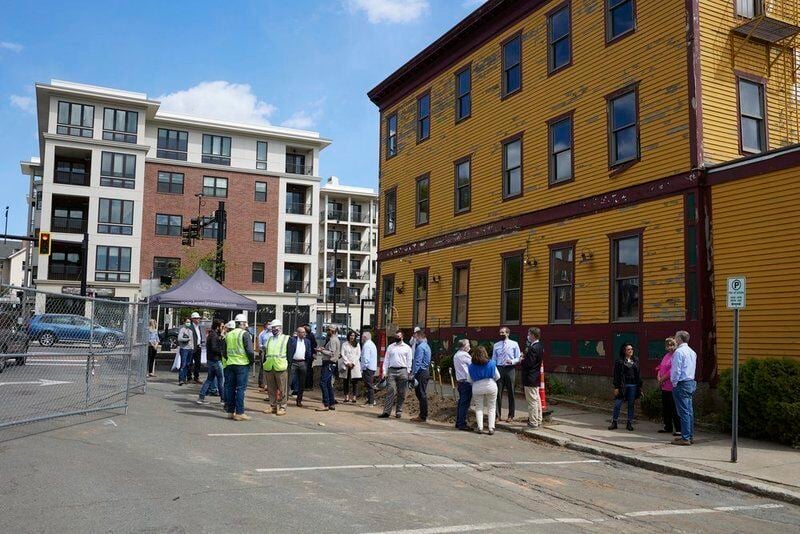 About 30 people took part in Thursday's groundbreaking for The Block at Odell Park, which will have 106 apartments, a two-level parking garage under the building, and retail space on the first floor.  Jared Charney/Salem News 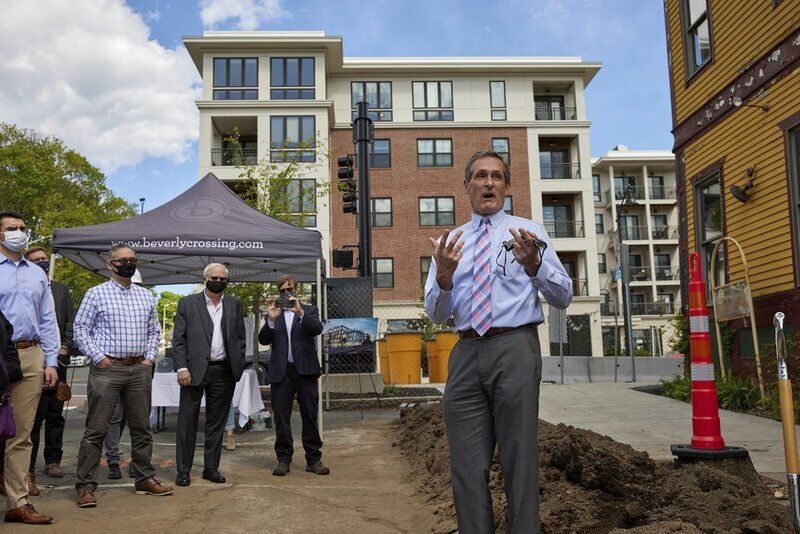 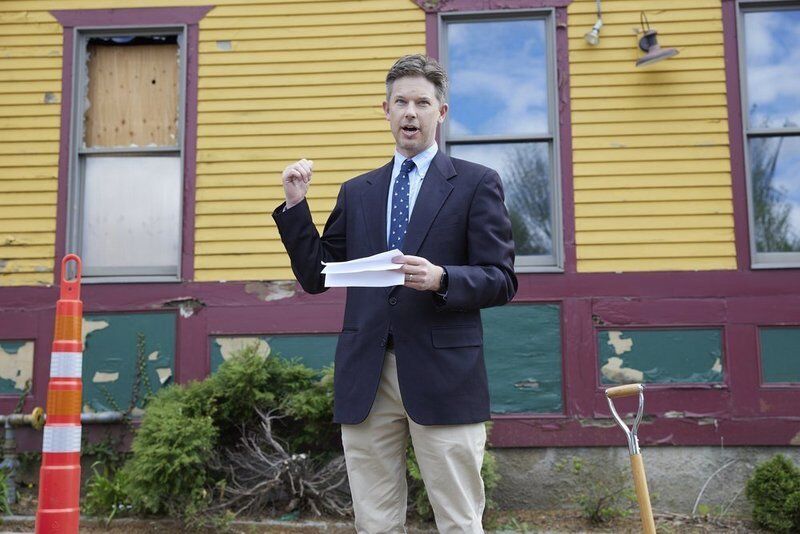 About 30 people took part in Thursday's groundbreaking for The Block at Odell Park, which will have 106 apartments, a two-level parking garage under the building, and retail space on the first floor.  Jared Charney/Salem News

BEVERLY - Just before 3 p.m. on Thursday, workers who were clearing the rubble from the demolition of the old Press Box building shut down their equipment to accommodate a ceremony to celebrate the building that will take its place.

The groundbreaking for a new six-story apartment building perfectly illustrated the latest transition from old to new on Rantoul Street. A group of about 30 people gathered at 140 Rantoul St. to celebrate the start of construction of what is being called The Block at Odell Park.

"This is a big day for Beverly," said Beverly Crossing president Chris Koeplin, whose company is the developer. "This is an important block, a piece of real estate that's very dear to a lot of people."

As the name suggests, the new building will occupy an entire block, across the street from the train station and Odell Park. It's the latest of several new apartments buildings to go up on Rantoul Street in the last decade or more, with the proximity of the train depot as a major selling point.

Koeplin said in his remarks that the block had fallen into disrepair and was "not a great place to be." "We're going to change that," he said.

But the project, which was known as Depot Square II, also caused controversy, drawing opposition from residents who lamented the arrival of another large apartment building on the street. Some also objected to the fact that the project included the demolition of the former Press Box building, which was once a hotel associated with the arrival of the railroad in Beverly.

Matt Pujo, a Beverly resident who long fought to preserve what was known as the Hotel Trafton, stood across the street during the groundbreaking, videotaping the proceedings. He said the new building will be built "on a lie," referring to demolition of historic buildings by Beverly Crossing after its predecessor company, Windover Development, helped to classify the very same area as a historic district in order to receive tax credits for another project.

"Had we had a different developer that was more in tune with the community, we might be looking at an intact historic district with those buildings restored that a lot of people wanted to be restored," Pujo said.

After objections from residents, Beverly Crossing did agree to preserve the Casa de Lucca building, another former historic hotel, and incorporate it into the new building.

The Block at Odell Park will have 106 apartments, a two-level parking garage under the building, and retail space on the first floor. Koeplin said the project will cost $47 million and should be competed by the end of 2022.

The apartments will be one- and two-bedroom studios. Koeplin said the rents will be determined by the market.

Mayor Mike Cahill, who attended the ceremony, said the development fits with the city's strategy of relying on "transit-oriented" and "sustainable" development in the downtown area to meet its housing needs while preserving green space.

"I'm excited for this project because I do think the ability to save the Case de Lucca building, the improvements in design along the way, are meaningful," Cahill said. "We certainly and absolutely need what this building will bring both in terms of housing and commercial opportunity."

Koeplin thanked Steve Dodge, the late founder of Windover Development, for his vision in first coming up with the idea of transforming the block as an entryway into the city from the train station.

"Without Steve's vision, encouragement, trust and support, we wouldn't be here," Koeplin said.