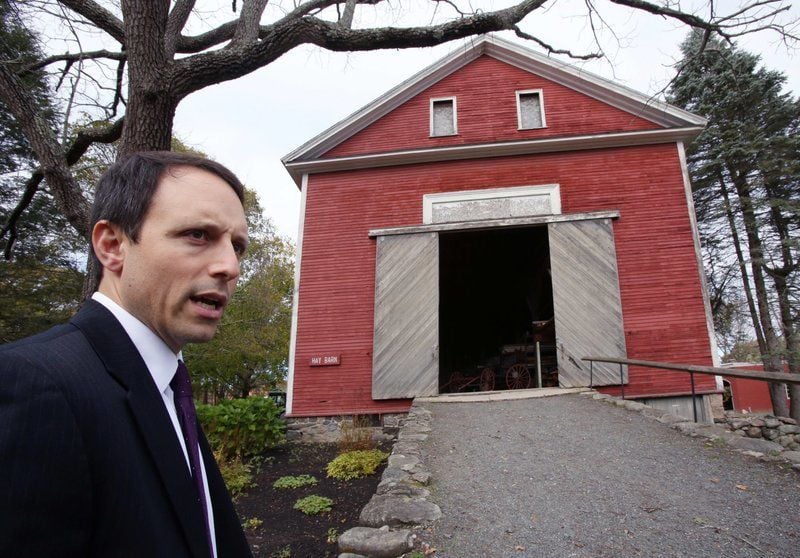 Ken Yuszkus/Staff photoDanvers Town Manager Steve Bartha stands in front of the hay barn at Endicott Park that the town will get $1 million grant to redo the barn. 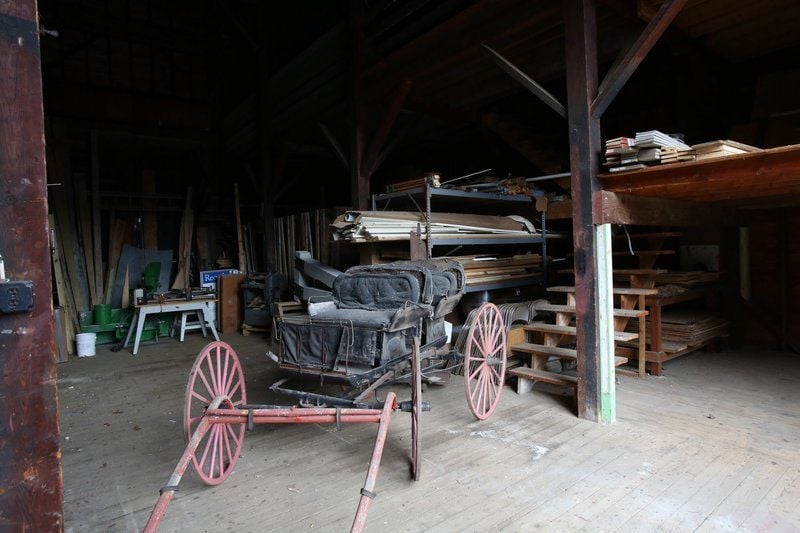 Ken Yuszkus/Staff photoThe inside of the hay barn at Endicott Park that the town will get $1 million grant to redo the barn.

Ken Yuszkus/Staff photoDanvers Town Manager Steve Bartha stands in front of the hay barn at Endicott Park that the town will get $1 million grant to redo the barn.

Ken Yuszkus/Staff photoThe inside of the hay barn at Endicott Park that the town will get $1 million grant to redo the barn.

DANVERS —  The presentation of a $1 million state MassWorks grant on Halloween turned out to be a treat for the town as it seeks to renovate and reuse the big red hay barn at Endicott Park as a venue for meetings, events, conferences and weddings.

Re-use of the hay barn at the 165-acre Endicott Park on Forest Street, once a farm building of the former Endicott Estate, was contemplated in the 1970s master plan for the park. However, the structure has been used as storage after the town acquired much of the estate for the park in 1961.

Inside there's an old horse-drawn carriage, stacks of lumber, a table saw, a large town seal and other odds and ends.

With barn weddings growing in popularity, the town wants to fix up the barn not only for those nuptials but for functions, meetings, gatherings and other events. The goal is not only to preserved the hay barn, which dates back to 1930 after another hay barn burned down in 1928, but to promote economic development and community engagement.

To plan the barn's future, over the past month, Town Manager Steve Bartha and Danvers Recreation Director David Mountain formed an ad hoc planning committee, which will act as a subcommittee of the town's Recreation Committee. The goal is to come up with a vision that would become a basis for architectural design and cost options, according to a memo from Bartha. The committee is charged with identifying "architectural, historical, construction, ADA and ancillary needs and issues," according to the memo.

Among other things, the group would also look at operational needs, and how the hay barn would complement existing Endicott Park operations. Recommendations would be delivered to the Recreation Committee and the town manager with an eye on developing an architectural design request for proposal and a project budget.

"We have representation from the Finance Committee, the Recreation Committee, several Town Meeting members as well as several community members," Bartha told selectmen Tuesday during a meeting.

The $1 million grant came from the Baker-Polito administration and the state Executive Office of Housing and Economic Development. Massachusetts Housing and Economic Development Secretary Jay Ash, who lives in town, presented the grant award at a ceremony at the hay barn on Oct. 31. State Sen. Joan Lovely, D-Salem, and state Rep. Ted Speliotis, D-Danvers, were also in attendance, along with selectmen and park and Danvers Recreation staff.

As far as hosting weddings goes, Endicott Park already does so. There were about six this year. The town has appropriated $15,000 for window and door replacements at the hay barn, and in May, Town Meeting approved an article that wold allow alcohol to be served at Endicott Park with a one-day liquor license.