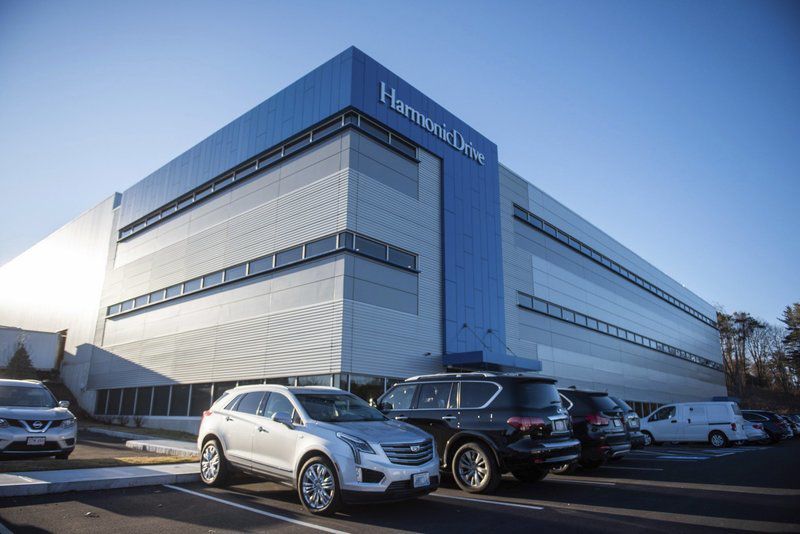 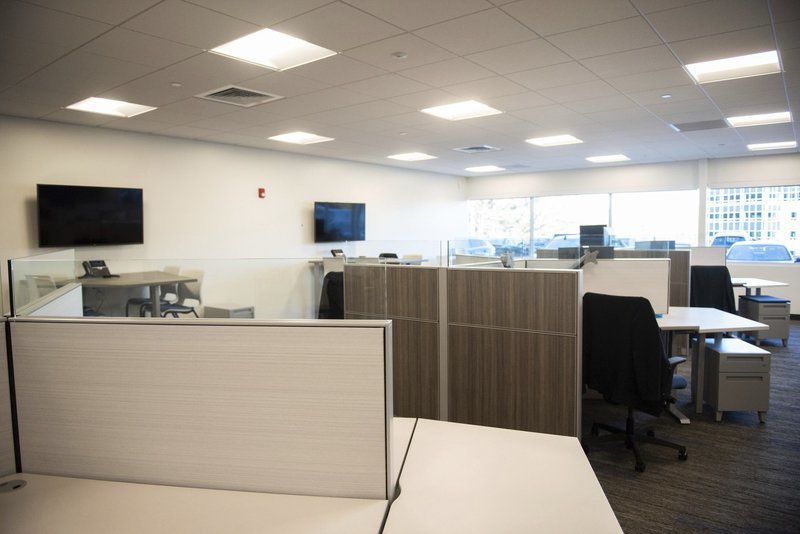 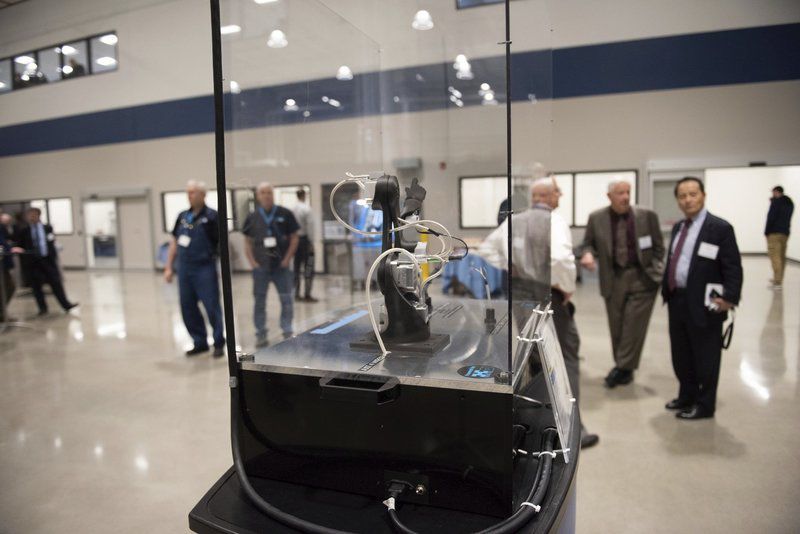 RYAN MCBRIDE/Staff photoRobotic displays are seen at Harmonic Drive, which held a ribbon-cutting celebration last week for its new U.S. headquarters and manufacturing facility on Dunham Ridge in Beverly. 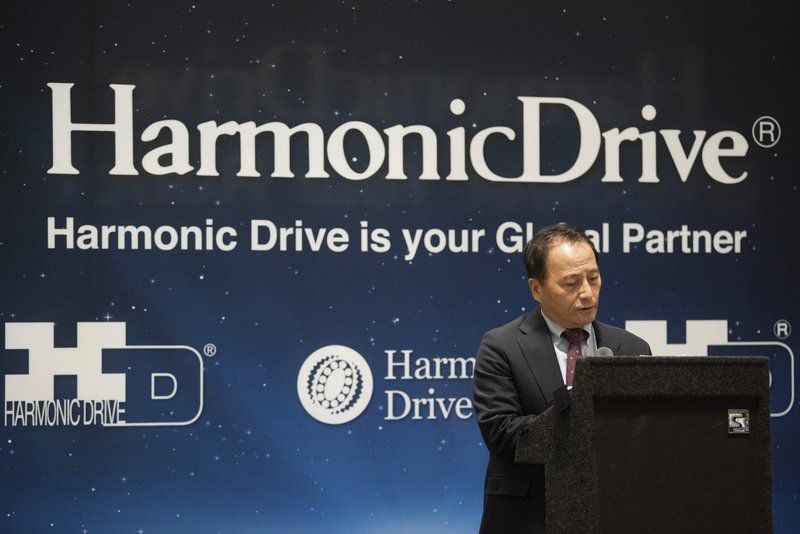 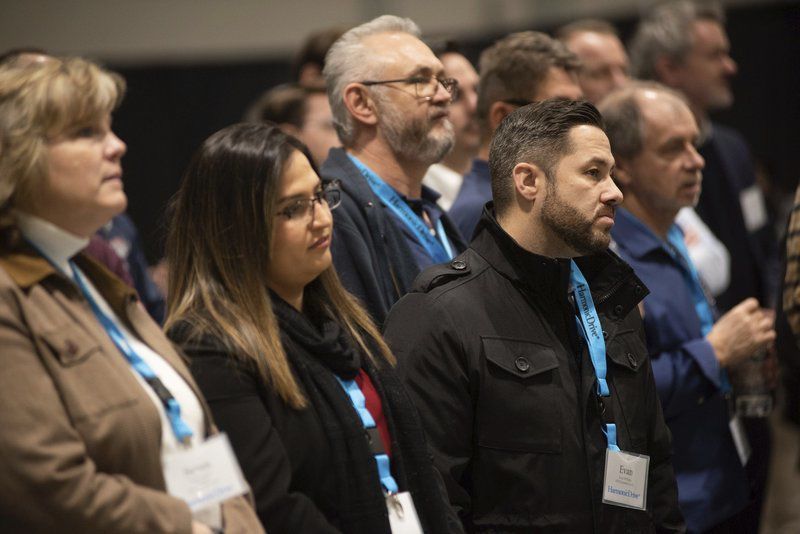 RYAN MCBRIDE/Staff photoGuests listen as distinguished guests make remarks during the ribbon cutting last week for Harmonic Drive, a manufacturer of gear systems that has moved its U.S. headquarters from Peabody to Beverly. 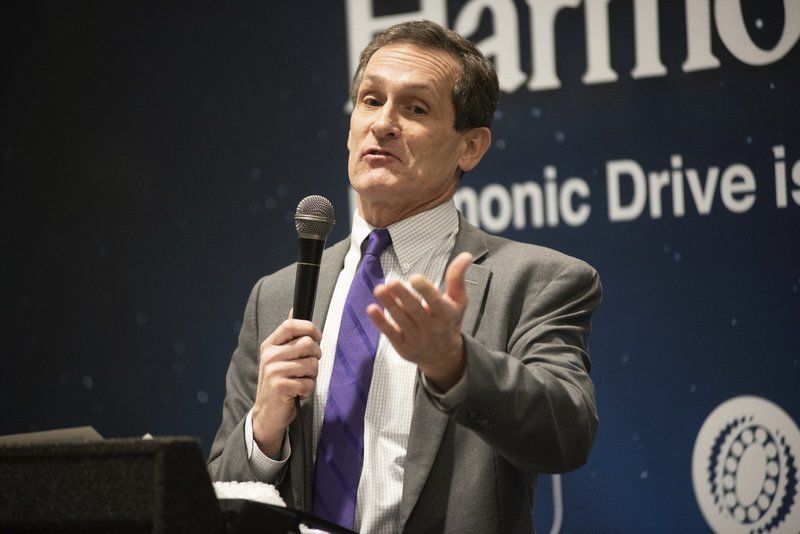 RYAN MCBRIDE/Staff photoBeverly Mayor Michael Cahill speaks during the ceremony. The city and Harmonic Drive agreed to a 10-year tax increment financing deal that gave the company tax relief in exchange for relocating and bringing new jobs to Beverly. 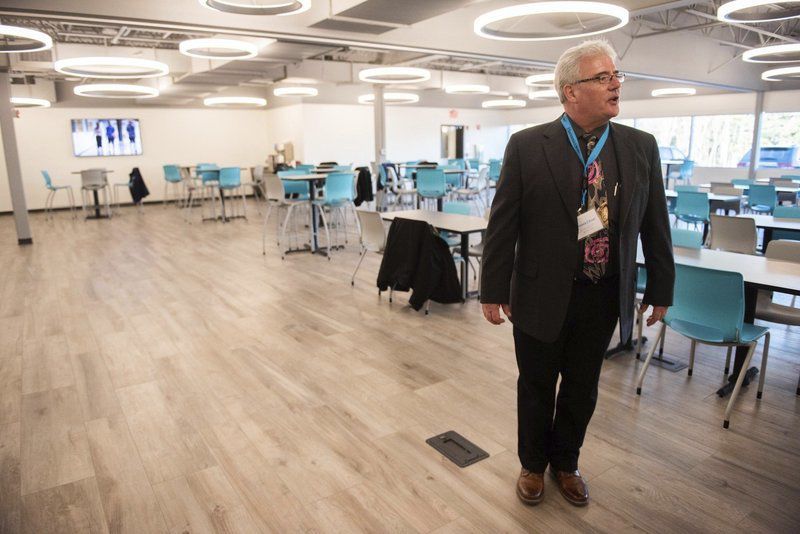 RYAN MCBRIDE/Staff photoRobotic displays are seen at Harmonic Drive, which held a ribbon-cutting celebration last week for its new U.S. headquarters and manufacturing facility on Dunham Ridge in Beverly.

RYAN MCBRIDE/Staff photoGuests listen as distinguished guests make remarks during the ribbon cutting last week for Harmonic Drive, a manufacturer of gear systems that has moved its U.S. headquarters from Peabody to Beverly.

RYAN MCBRIDE/Staff photoBeverly Mayor Michael Cahill speaks during the ceremony. The city and Harmonic Drive agreed to a 10-year tax increment financing deal that gave the company tax relief in exchange for relocating and bringing new jobs to Beverly.

Turns out, the maker of gearheads, gear component sets and servo actuators, is returning to its roots. The strain wave gear that has led to Harmonic Drive's products today was invented in the 1950s by C. Walton Musser and later commercialized at the former United Shoe Machinery Corp.

"The Shoe" was located at what is now the Cummings Center business park on Elliott Street.

"So, in effect, our company originated in Beverly in 1960 and it is returning home to Beverly after 60 years," said Bob Mullins, vice president of sales for Harmonic Drive.

"This building was a major step along that path of continuing that responsibility to not only Mr. Musser's legacy, but also to our local community and employees at our new home in Beverly," Mullins said. "And of course, it's a huge step toward better supporting our customers with the objective of assisting their success to the best of our abilities."

By August, the company will have transitioned from two buildings in Peabody — on Lynnfield Street and Fifth Avenue in Centennial Park — to its new home in Beverly.

The company employs about 140 people in the United States, with 130 of them on the North Shore. About 10% of the local workforce has moved  to Beverly, said marketing manager Colleen Anderson.

Once the company gets settled in its new headquarters and starts expanding, Anderson said she expects the company will be hiring. In fact, job creation was key in winning a tax break from the city to help offset the cost of the move.

Beverly Director of Planning Aaron Clausen explained that the city uses tax increment financing to help create, retain or attract significant investment or jobs in areas such as advanced manufacturing.

Under a 10-year tax increment financing, or TIF, agreement with the city that dates back to 2017, Harmonic Drive agreed to make a minimum of $28,570,500 investment in property, plant and equipment. The company also committed to relocating 112 employees to Beverly and to creating 80 full-time jobs by 2022. The company has already expanded to create a third of those jobs.

The tax break itself was applied to the improved property. The land without the new building was valued by the city at approximately $3 million, while the construction of the building and site work together with the land was valued at about $10.5 million. The exemption was applied to the difference, more than $7 million.

"Property taxes would be assessed over 90% of the added value following construction" in addition to the base land valuation, Clausen said in an email.

"Given that the tax benefit is reduced throughout the 10-year period, the property tax revenue to the city is over 90% of the increased value," Clausen said.

The state Executive Office of Housing and Economic Development said Harmonic Drive did not receive state tax incentives through the Economic Development Incentive Program. The state agency said the city's 10-year TIF agreement was valued at approximately $272,000, and it was approved by the state Economic Assistance Coordinating Council in June 2018.

"Where our products began a long time ago in a very simple form, today they are taking on new forms with additional capacity and new technology," said Mullins, noting the displays of robotic arms that were on display inside the cavernous new plant.

The strain wave gear Musser invented is made of three precision parts, and its functioning is based on the elastic properties of metals.

"Harmonic gear or what was called the strain wave gear in itself is intriguing," Mullins said. "But the real value of this product is realized in the applications that have been enabled through the use of this device, from space, to sub-sea, Harmonic Drive gears are an equipment that have touched almost every person on the planet," Mullins said.

The company's products were used on the Lunar Rover and on the Mars Exploration Rover Opportunity.

Although United Shoe Machinery Corp. was a forerunner to Harmonic Drive LLC, Mullins noted another company, Hasegawa Gear Works Ltd., worked to commercialize the strain wave gear in the 1970s. This was the forerunner of Harmonic Drive Systems, a company that grew globally, including a subsidiary in Germany.

Mullins said Harmomic Drive Systems "picked up the reins when it came to advancing the use of Mr. Musser's gear."

The new building sits on a 6-acre land condominium at Cummings Properties' Dunham Ridge business park, which was purchased for more than $6 million in 2018, according to city records.

In a nod to the company's founders, Mullins presented a bouquet to Yvonne Graham, inventor Musser's daughter, who was seated among the dignitaries.

"Also, we all must not forget one thing," CEO Nagai said. "Which is the great invention by Mr. C.W. Musser of USM in Beverly, the birthplace of the Harmonic Drive gear. Without this invention, we are not here today, either."