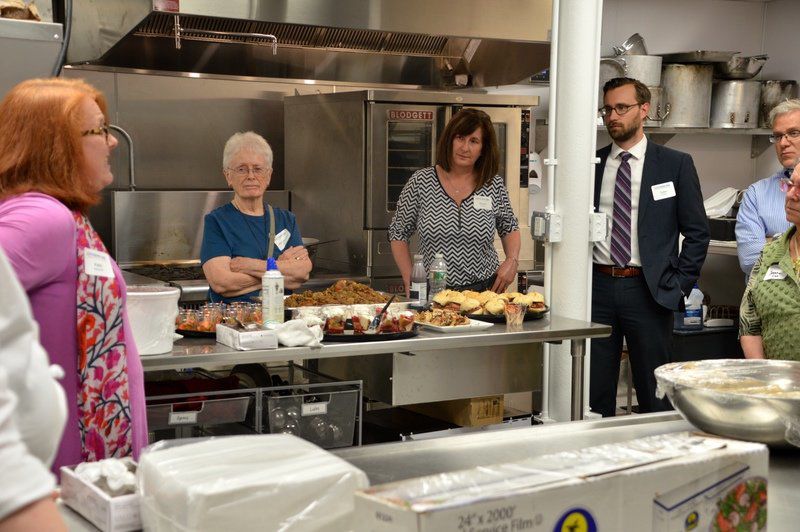 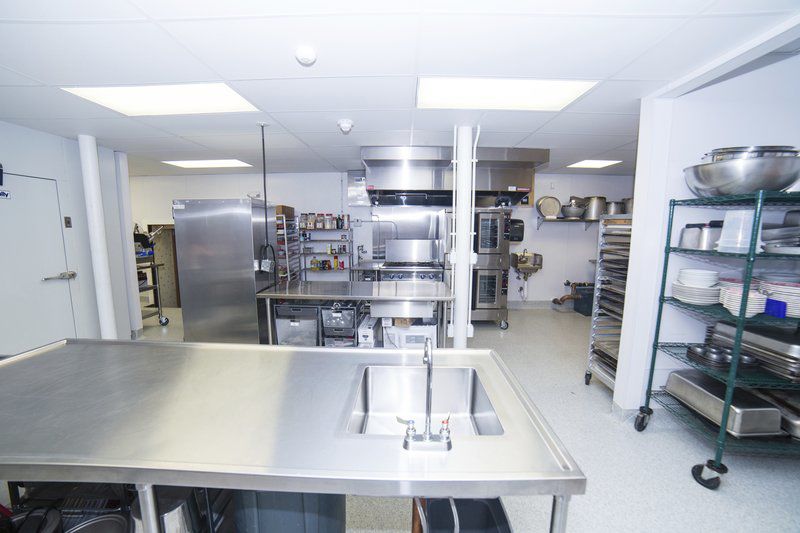 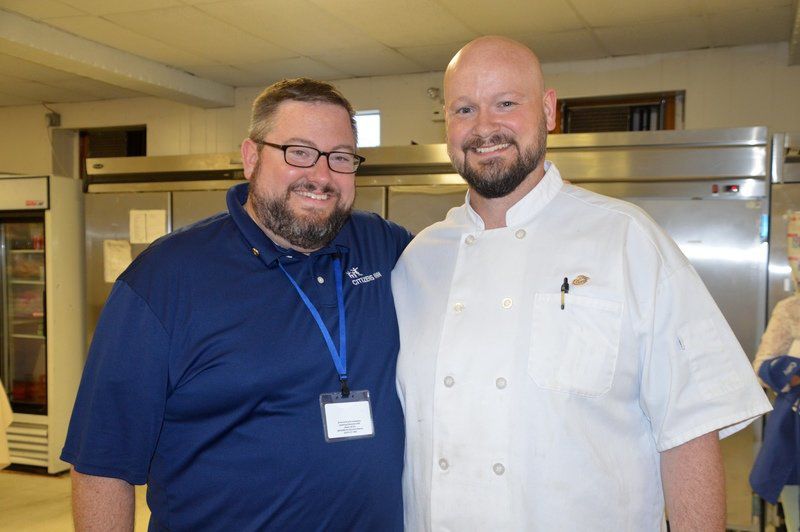 The renovation, which took place over a month and a half this spring, is just one phase of a larger capital project at the Citizens Inn Haven from Hunger at 71 Wallis St.

“Our vision for this project was to be able to dignify this space to allow for new and increased high-impact programming,” said Corey Jackson, executive director of Citizens Inn. “It’s hard to believe that nearly a year has passed since Citizens Inn merged with Haven from Hunger. We’re so appreciative of the support from the community, which made this first project possible.”

The old kitchen was cramped, outdated and not up to code. Work began in April to create a larger kitchen with new equipment and larger coolers and freezers. That’s all on the basement level of the building.

Plans call for the kitchen, storage and pantry area to be combined into one area to allow for a culinary arts training program in the new kitchen. That is set to launch in 2019.

Meanwhile, upstairs on the second floor of the building, Citizens Inn has grander designs.

That space will be renovated as a dining hall for up to 80 guests, with a large commercial kitchen that can handle the regular community meals during the week.

When it’s not in use for those meals, the kitchen will serve as a business incubator — a shared workspace where local bakers, caterers, food truck operators and others can rent space to create foods they will market to the public.

Citizens Inn says the second floor will also have office space for the staff and additional agencies that are brought in to offer other services to clients.

Red Barn Architecture and MRG Construction Management did the design and build out of the kitchen. Citizens Inn said both firms contributed some “in-kind support” for the project, along with support from the city, Rotary Club of Peabody, Rotary International and the Janey Fund.

The unveiling of the downstairs kitchen in late June also featured small bites from chef Sean Lee, who is the son of Citizens Inn founder Mary Jane Lee.

The Haven serves more than 15,000 dinners annually out of the kitchen and distributes additional food through a pantry for residents in Peabody, Salem and Lynnfield.