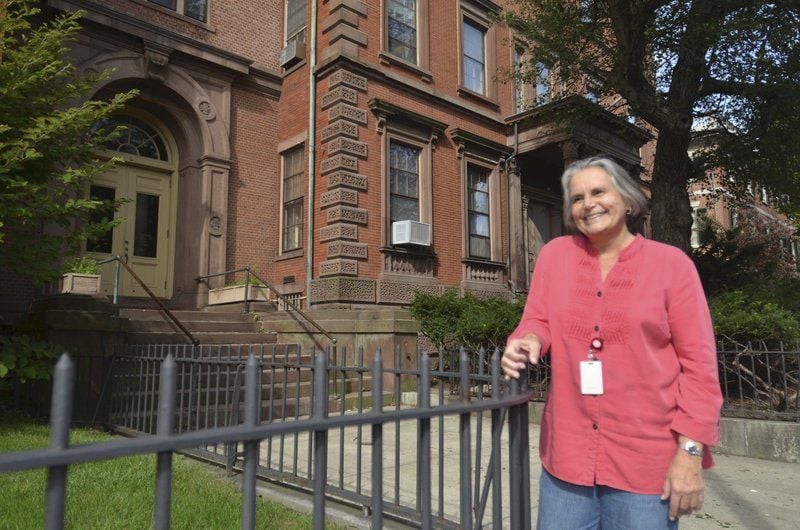 In this 2011 photo, Barbara Kampas, then-head of library collections at the Peabody Essex Museum, stands outside the Phillips Library, which was transformed in a $20 million facility upgrade. 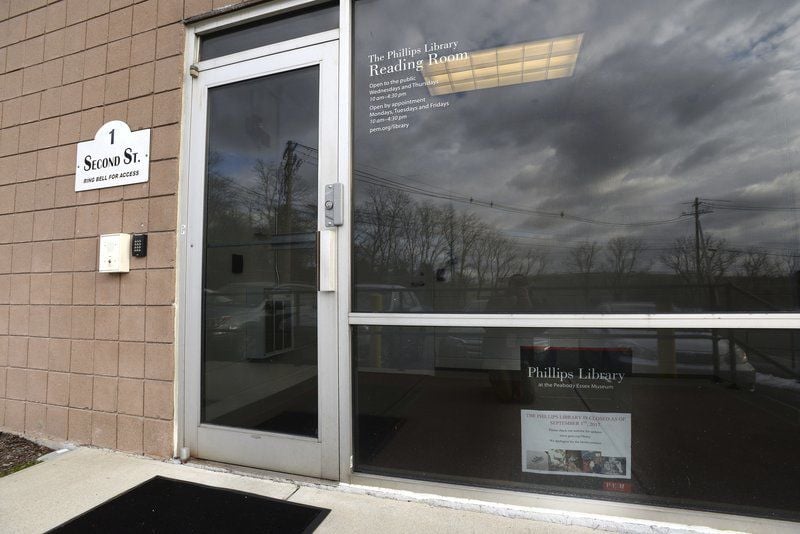 The Phillips Library Reading Room closed to the public in September. 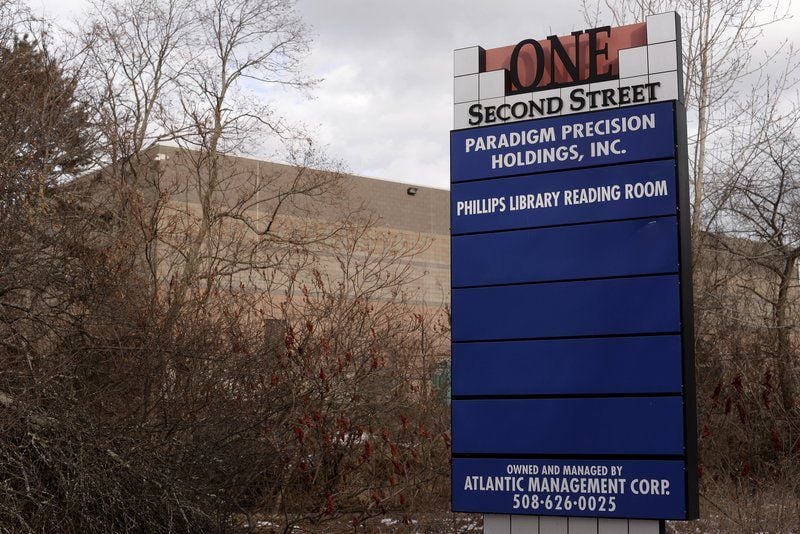 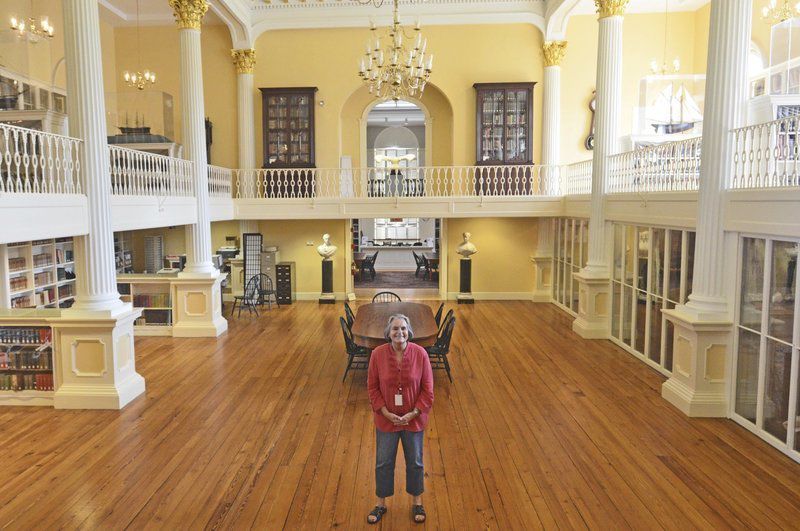 Former head of the Phillips Library collections Barbara Kampas stands in Plummer Hall of the library in 2011. 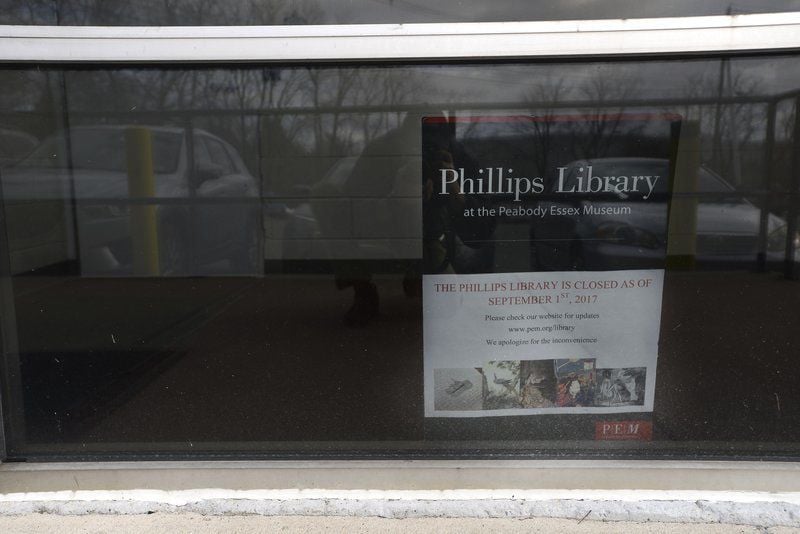 A sign at The Phillips Library Reading Room announced its closing in September. 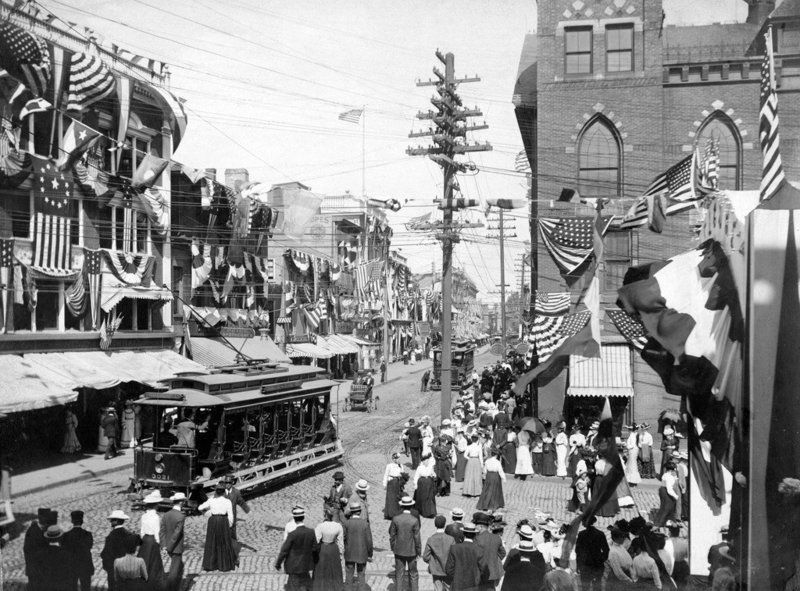 Among the photos in the collection at the Phillips Library was this image of lectric trolleys make their way up a bustling Essex Street at the corner of Washington Street, circa 1902. The buildings are decorated and the crowds are in the street for Old Home Week. 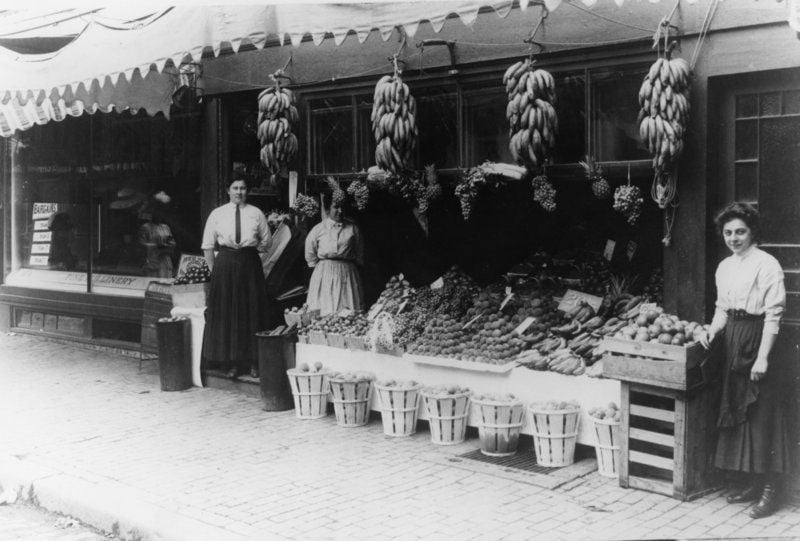 One of the many photos and artifacts found in the Phillips Library collection was this image of a fruit market at 160 Essex St., Salem.

In this 2011 photo, Barbara Kampas, then-head of library collections at the Peabody Essex Museum, stands outside the Phillips Library, which was transformed in a $20 million facility upgrade.

The Phillips Library Reading Room closed to the public in September.

Former head of the Phillips Library collections Barbara Kampas stands in Plummer Hall of the library in 2011.

A sign at The Phillips Library Reading Room announced its closing in September.

Among the photos in the collection at the Phillips Library was this image of lectric trolleys make their way up a bustling Essex Street at the corner of Washington Street, circa 1902. The buildings are decorated and the crowds are in the street for Old Home Week.

One of the many photos and artifacts found in the Phillips Library collection was this image of a fruit market at 160 Essex St., Salem.

SALEM — For the past several years, local historian Emerson "Tad" Baker has frequently heard the same question from fellow academics at research conferences around the country: "What's going on?"

They were asking about the Phillips Library in Salem, an extensive historical resource once housed in a building that, to this point, has now been unoccupied for six years.

"It's an important local resource for local historians and genealogists, and in ways, it's the local, historical soul of Salem," Baker said. "But scholars around the world go there."

Correction — scholars around the world went there. The Phillips Library left Essex Street in 2011 after many years in the building, at which point the library's collections and staff went to an industrial building in Peabody, which itself closed in September. The future of the library is subject to a fierce discussion between the public and the Peabody Essex Museum.

"The library and reading room will be closed, and all access to the collection of books and manuscripts will be suspended from Sept. 1, 2017, through March 31, 2018," a woman's recorded voice says. "We'll still be lightly monitoring this phone line for inquiries, though we may not be able to respond for several months."

That, Baker said, is a problem.

"I know of three graduate students at different institutions — one of my students, as well as a Ph.D student at Northeastern and a graduate student at Williams College — who have had real struggles this fall working on theses and dissertations," he said, "simply because they couldn't get access to collections at the Essex Institute."

Peabody Essex Museum, guardians of the Essex Institute's centuries-old collections since 1992, announced earlier this month it plans to send the materials to a museum storage facility that is being renovated in Rowley. The Essex Street library building, meanwhile, is due for some work and would mostly hold staff offices, with some library materials possibly in the mix. A public "reading room" wasn't part of the plans at the time.

The announcement was met with widespread condemnation. Museum leaders will meet with the public in early January to follow up on the issue. But for many around Salem, there is no room for negotiation — keeping the library in Salem is the only acceptable solution.

That's even as people are unclear what the library represents these days.

"It's kind of a tricky issue, because people have a lot of misconceptions, and people are angry," said local historian and Salem State University professor Donna Seger, "and people are predisposed to be angry at the museum anyway. Those of us who are trying to find a solution definitely have realized that."

So library supporters, too, are scheduling a forum to explain what the library is, and offer insight as to why people are so fired up about something that hasn't been in Salem for six years.

As word spread about the library's future in Rowley, so too has anxiety among its most avid archivists and advocates.

"The library had thousands of users, especially when we were right there in Salem," said Sid Berger, who directed the library from 2007 to 2015. "The patrons were local, and they were people from all over — all over the country, and all over the world. They'd come in from China, Europe."

The library's inception dates to 1799, but by that point, the library already had a sort of presence built up, according to Berger.

"The pilgrims were collectors of books," Berger said. "In 1799, when they made the East India Marine Library, they pooled their libraries to create a world-class library, especially in certain areas."

"They've digitized their catalog," Seger said. "You see the most important — many Salem families, all the organizations, all the associations — were leaving their records to the Phillips Library. It was functioning as a historical society."

For decades, Newburyport resident Barbara Owen was a frequent user and volunteer.

"My degree was in musicology, and my specialty was American music and American music history, so I was writing articles and continuing to do research there before I did my thesis," Owen said. "A lot of people were using the library for various reasons."

Owen characterized the library's resources as akin to fishing in a vast ocean with plentiful bounty.

"You could throw your net pretty far and wide there and pick up any kind of fish," she said. "Anybody who entered the door at some time or another and were asked what they were looking for — it was always something different."

Researchers have made groundbreaking discoveries through the Phillips Library materials. That includes Baker, whose team of researchers verified last year that Proctor's Ledge was the execution site for 19 accused witches in the Salem Witch Trials.

"The one document that really clinched the argument was the disposition of Rebecca Eames," Baker said. "They asked her specifically if, when she was brought into town that day, she had seen the executions."

Eames "said she was at the house below the hill and saw a few folks," Baker said. That would've happened along Boston Street, directly downhill from Proctor's Ledge. The discovery "helped us confirm and nail down the location," he said.

Following the initial sharp public outcry earlier this month, museum facilities director Bob Monk acknowledged that Peabody Essex had "underestimated the amount of interest on the part of the public" in the library's collections. He said a public forum would be held at the museum.

Peabody Essex CEO Dan Monroe, in a statement, later described the library's collections as "an essential part of the museum and of New England's heritage."

"We fully recognize our stewardship responsibilities for this collection and we have raised and invested millions of dollars to fulfill these responsibilities," Monroe wrote. He explained that since 2011, PEM spent more than $2 million to digitize the entire library collection and make that catalogue available online.

PEM also spent more than $3 million and plants to spend another $3.5 million over the next five years to support library operations.

They say the museum "undertook an exhaustive search for a building that could adequately house the entirety of the collection" in Salem — a location that could "provide climate control of the highest standards and allow efficient access for museum staff and researchers, alike" — but that didn't pan out.

The storage facility in Rowley, however, could meet those standards.

"The Collection Center in Rowley will allow PEM to provide the unprecedented stewardship, preservation and care for library collections while continuing to serve library patrons," the museum's website reads. "Researchers will benefit greatly from being able to access library holdings and collection holdings at the same location, allowing a more holistic and cross-disciplinary approach."

But still, the pressure to keep the collections in Salem mounts. To move it to Rowley, many have argued, would effectively end access.

"There are so many other important historical discoveries scholars are making," Baker added. "There's still an incredible wealth that's important for scholars to have access to."

"The old Essex Institute was one of my favorite places, just a wonderful, welcoming place to a kid like me back in the late '60s, early '70s," Trask said. "I did support when they merged in 1992 with the Peabody Museum, another very fine institution. It's one of the best art museums around, but they have no interest in the history, and it has broken my heart over the years how they've really diminished Salem and Essex County history for the sake of being a fantastic art museum."

Trask said PEM should remain true to the museum's "fiduciary responsibility of protecting the records of Essex County."

"If they don't want to," he continued, "find another institution that'll take it over — a Salem institution."