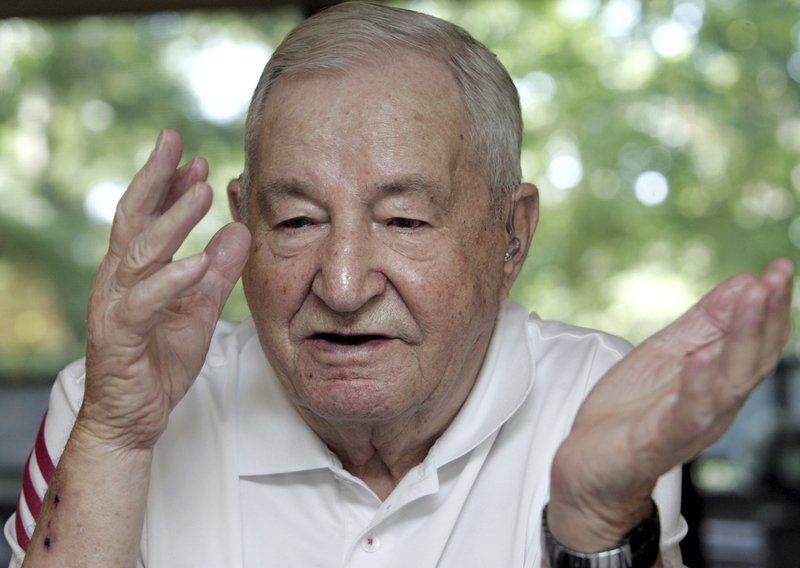 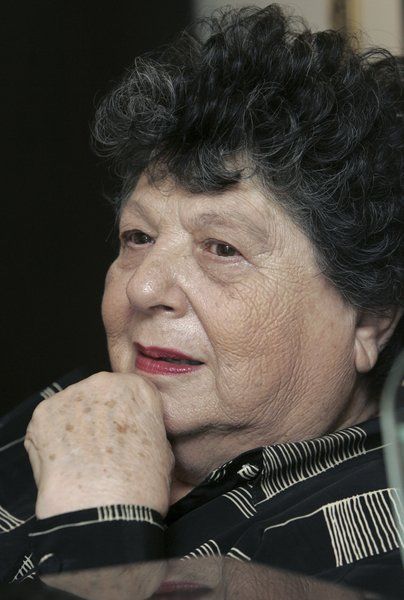 Fran is the wife of Holocaust survivor and Nazi resistance fighter Henry Barbanel. 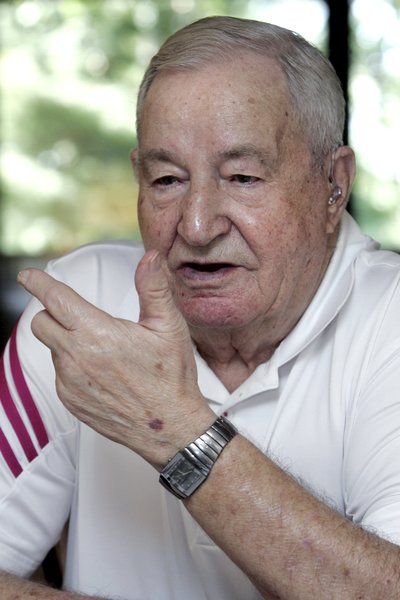 Fran is the wife of Holocaust survivor and Nazi resistance fighter Henry Barbanel.

[Editor's Note: This article has been updated to reflect a correction.]

SWAMPSCOTT — Henry Barbanel is a man with a powerful story. But it’s one he hasn’t told often; in fact, his second wife didn’t even know about it until reading about him in a book titled “Fighting Back.”

And on Thursday, the public will learn Barbanel’s story at Hear Our Voices, a special event at the Jewish Community Center of the North Shore in Marblehead. Barbanel is a Holocaust survivor.

Through a video presentation, the audience will learn that 87-year-old, Polish-born Barbanel was forced to go to a labor camp near Lublin and Wladowa to work for the Germans when he was 14, but quickly escaped and went on to help form a resistance movement based out of the woods of Marjanka, Poland, which was near the concentration camp in Sobibor.

The video is a shortened version of an interview between Barbanel and a member of the USC Shoah Foundation Center for Advanced Genocide Research. In it, Barbanel begins by talking of his childhood in Poland — how even before Hitler came along, he experienced anti-Semitism in his own community. He was born Oct. 2, 1927 in Marjanka.

“There was a division between Jews and the Gentile people, kids used to call us ‘dirty Jews,’” says Barbanel in the video. “I hated being called that, to be different... that’s a feeling you get as a child, ‘Why am I different from others?’ ”

Barbanel continues on to explain what happened to him and his family when the Nazis reached their area and Poland fell.

“I went to a labor camp, which was worse than a concentration camp,” Barbanel told the Salem News.

His wife Fran elaborated, since Barbanel has had trouble speaking as a result of a stroke he suffered years ago.

“At least in a concentration camp, you were killed,” said Fran. “One officer made him roll up and down a hill 50 times... He realized after three days that he was not going to live, [so when] he saw a hole in the fence and when the officers were not looking, he ran through it into Marjanki forest.”

As he discusses in the video, Barbanel then found his family in the woods, but a terrible tragedy soon followed after their location was revealed to the Nazis.

Barbanel, his brother Sam, another young man and later others, then mobilized to fight back against the Germans.

The video will also take the audience through Barbanel’s life after the war, his path to the United States and settling into his life here.

Beckoned by his aunt — Esther Stahl — and with the family’s help, he settled in Lynn, where his brother Sam had already been brought. He worked at the Stahl’s chemical company, Stahl Finish, met and married Anne Gloria Lander, with whom he had four children before she died from cancer in the mid-1980s.

He eventually started his own company — which he later sold to B.F. Goodrich — and met and married Fran, who by then was widowed and had four kids of her own.

Throughout his post-war life, Barbanel didn’t recount the story of his experience and how he fought back very often because when he did, people didn’t believe him.

‘It was easier to live in denial,” said Fran, who was in the States during the war. “People couldn’t relate, it wasn’t in our reality to believe that people would hunt others, and kill them.”

So, Barbanel stopped telling the story altogether, though he never forgot. The one time he agreed to tell his story was when Fran’s daughter Robin, a teacher in California, asked him to speak to her class of about eight students. It ended up being an assembly of about 200 people but Barbanel didn’t shy away.

“It all came spilling out that day, but it was a one-time fluke,” Fran recalled.

Since then, it’s only through the work of Neil Donnenfeld with the Holocaust Legacy Partners Program, which is run through the Salem State Center for Holocaust and Genocide Studies, that Barbanel’s story has been shared with anyone outside Barbanel’s family.

Donnenfeld is Barbanel’s ambassador and a co-founder of the Legacy Partners Program, as well as a former member of the board of the former Holocaust Center Boston North in Peabody. That center merged with SSU’s program in recent years. Donnenfeld started the legacy program with Holocaust survivor Sonia Weitz, who died in 2010.

“I feel very passionately about Holocaust survivors; they’re heroes, their message needs to be carried on in the future,” said Donnenfeld, who created the upcoming JCC event and serves as a volunteer treasurer there.

The mission of his and Weitz’s program was to ensure those messages were preserved and perpetuated and thus, never forgotten. Donnenfeld came to learn Barbanel’s story when the two were introduced about three years ago by Rabbi Baruch HaLevi of Shirat Hayam in Swampscott. He believes Barbanel’s story is particularly unique because he fought back and eventually realized the American dream.

Donnenfeld said it’s only now that Barbanel is really ready to tell his story.

“I don’t mind talking about it because I want people to remember it,” said Barbanel.

“We don’t want the Holocaust to become just a page in a history book, we want people to know it happened,” added Fran.

Donnenfeld hopes that’s what people will get out of the event Thursday — be reminded of what happened so history doesn’t repeat itself, and to learn to stand up for tolerance and fight back, as Barbanel did.

The event will also feature remarks from Barbanel following the video (with the help of his wife), and the story of Sara Rashina, a young violin virtuoso killed by the Nazis during the war.

Rashina's husband later remarried and had a daughter, Deborah Shelkan Remis, who will now present Rashina’s story. The family has also organized a violin concert in her honor on Sunday, Oct. 18 at 3 p.m. at Shalin Liu Performance Center in Rockport.