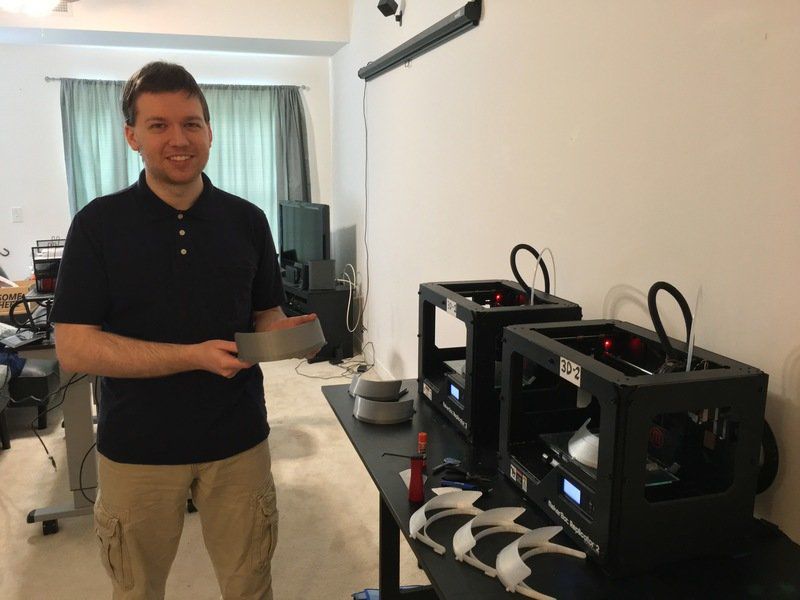 Courtesy photoMichael Ahearn with a headpiece for a face shield, printed on one of two 3-D printers on loan from the Peabody Institute Library. 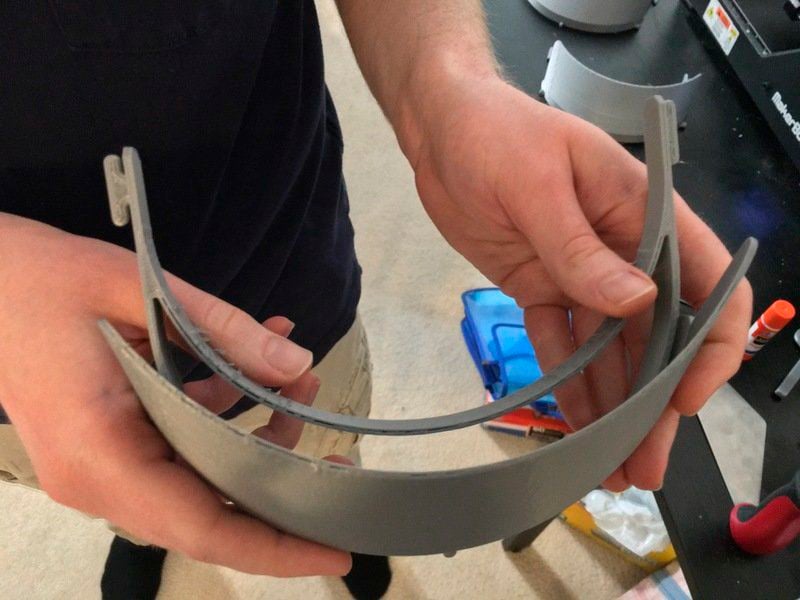 Courtesy photoClose-up of a headpiece for a face shield being made by Peabody resident Michael Ahearn, who runs the Creativity Lab at the Peabody Institute Library. He borrowed the lab's 3-D printers for the project. 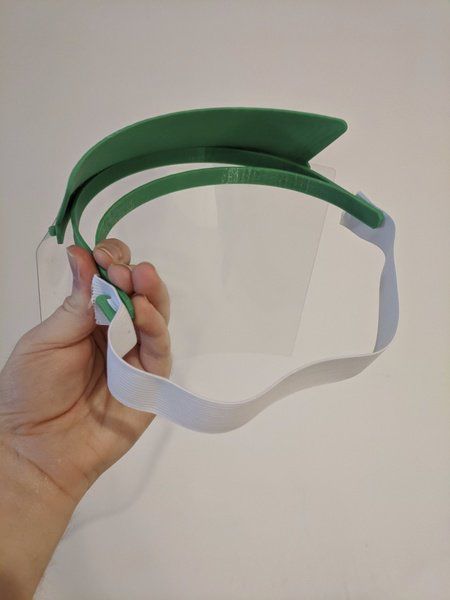 Courtesy photoMichael Ahearn with a headpiece for a face shield, printed on one of two 3-D printers on loan from the Peabody Institute Library.

Courtesy photoClose-up of a headpiece for a face shield being made by Peabody resident Michael Ahearn, who runs the Creativity Lab at the Peabody Institute Library. He borrowed the lab's 3-D printers for the project.

PEABODY — With the city's Peabody Institute Library closed to the public due to the COVID-19 pandemic, Michael Ahearn, who runs its Creativity Lab, found himself with a fair amount of free time.

Michael Ahearn, 29, had been working on the library's two 3D printers since they were acquired in 2014. He had helped people make all sorts of things on the machines, such as replacement parts for an item that had broken, or cell phone cases. They're two of the most popular features of the city's library.

The shutdown had idled them. But they didn't stay idle for long.

Ahearn, a 2013 MIT graduate with a dual degree in humanities and engineering, has now made more than 130 face shields for health care and public service workers.

First, he had to ask his boss, Library Director Cate Merlin, if it was okay to go in periodically to use the printers.

"Instead, she suggested I just take them home," he said.

In order to do that, they had to get permission from the city to borrow the two printers. "Cate ran it by (human resources)," he said. The city's insurance company had some questions. Then, Mayor Ted Bettencourt gave the go-ahead.

Ahearn was initially going to use a different design. Merlin found a different one that had been approved by the National Institutes of Health (NIH). He suspects that the imprimatur of the NIH is what convinced the city.

What is produced by the printer is a headpiece with hooks for an elastic to keep it on the head and to attach a transparent sheet like the ones used to protect or separate pages in a binder. The 3D printers use a plastic filament that cannot yet produce a transparency.

The shields take about two hours or so to make.

After the headpiece comes out of the printer and is cleaned up, Ahearn takes an elastic band and cuts it to create holes, where he can hook it to each side. Then, the transparencies are attached to three small hooks that run along the front of the headpiece, using the punched holes that normally would have fit into the rings of a binder.

The printers sound a lot louder in his Peabody condo than they did in the library, so Ahearn stops production at 9 p.m. to avoid bothering his neighbors.

After his mom, Jean Ahearn, a former library trustee, shared what he was doing on the Peabody Downtown Association's Facebook page last month, the organization expressed a willingness to help.

So far, 84 of the face shields have been shipped out to their recipients, another 24 are ready to go, and 23 more are partly assembled and will be finished when he receives a fresh order of transparencies and elastic.

They've gone to the Peabody Department of Public Services, Atrius Health/Harvard Vanguard and are being considered by Beverly Hospital parent company Lahey Health, said Ahearn. He also reached out to Salem Hospital and is waiting to hear back.

This isn't the first time Ahearn has done volunteer work. Back at Peabody High, he tutored students in math and volunteered at the library as part of his community service for the National Honor Society. It is the first time he's volunteered to make something.

"My mom has a long history of doing that," he said.

Her latest project: She's made 150 cloth face masks for health care workers herself.