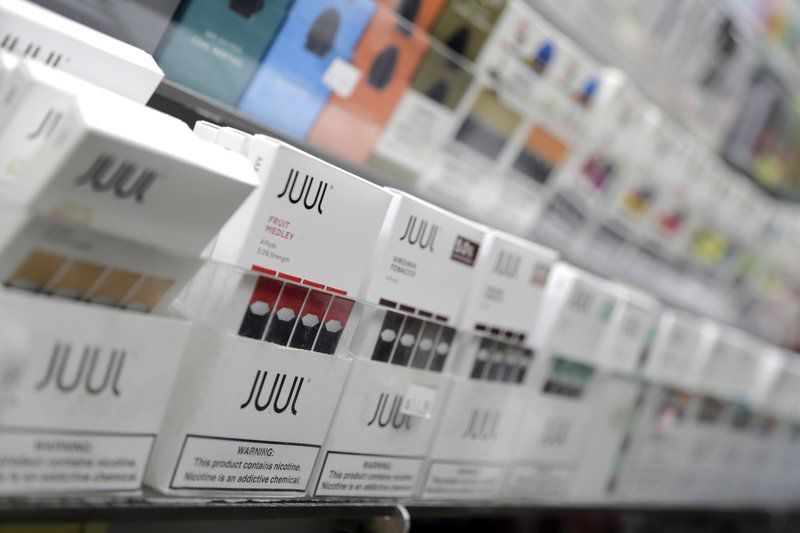 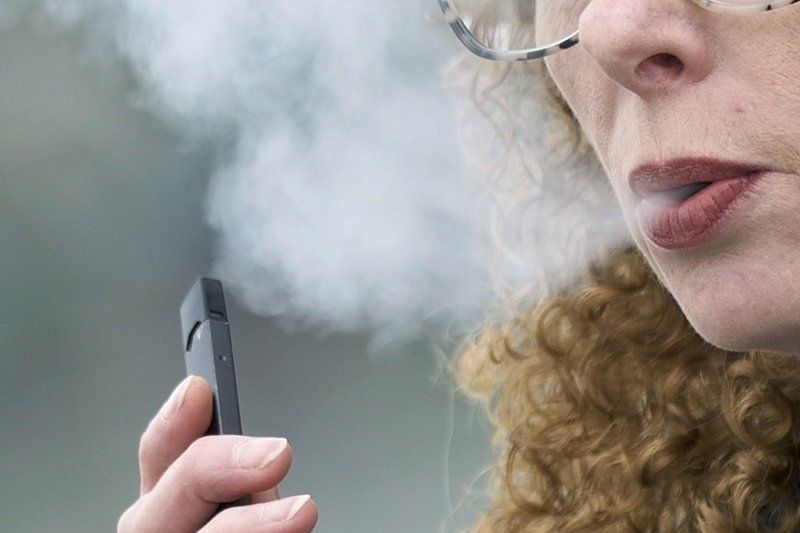 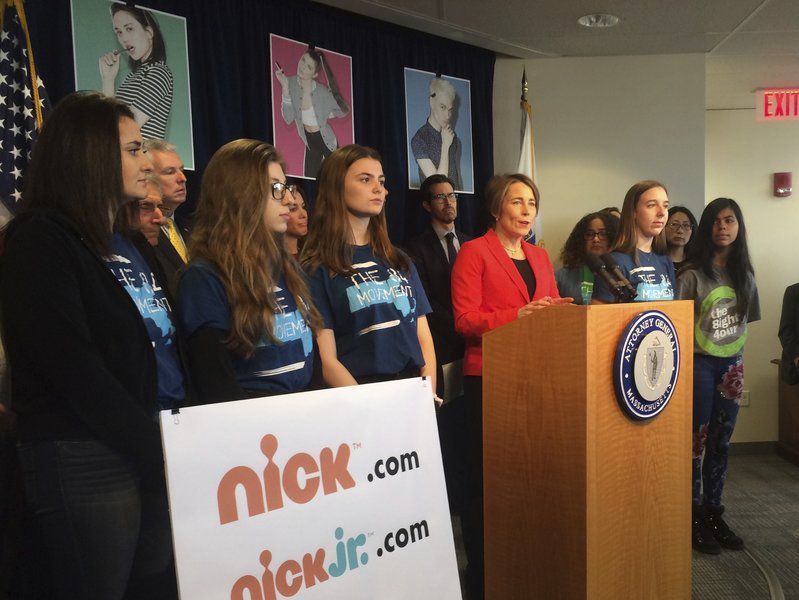 BOSTON — E-cigarette giant Juul Labs Inc. used flashy social media ads and attractive models to market its heavily addictive fruit- and juice-flavored nicotine products to teenagers, according to Attorney General Maura Healey, who has sued the company after an 18-month investigation into its marketing practices.

In a 66-page complaint filed in Suffolk County Superior Court on Wednesday, Healey said the company's marketing policies were designed to attract teenagers using social media and other tactics. The lawsuit names Juul and its predecessor, Pax Labs Inc., and seeks undisclosed damages.

Healey accuses the company, which holds a sizable portion of the nicotine vaping market, of creating a "public health crisis" by getting thousands of teens addicted.

"Our message today is simple: Juul can't profit off the addiction of young people," Healey told reporters at a briefing, where she was flanked by anti-vaping advocates, students and health officials. "The bottom line is Juul has hurt a lot of people in Massachusetts. Our young people are suffering from nicotine addiction and a range of negative social, emotional and physical effects."

Healey launched her investigation into Juul and other e-cigarette retailers in July 2018 amid concerns about the marketing and availability of their products to minors.

Underage vaping has reached what health officials describe as epidemic levels. In a recent government survey, 1 in 4 high school students reported using e-cigarettes in the previous month, despite federal law banning sales to those under 18.

Vaping companies have been accused of targeting youth with fruit- and juice-flavored products.

The company shipped pods to teens though a mail-order system that did little to verify a customer's age, the suit alleges. Healey said the probe uncovered about 1,200 online accounts by Massachusetts consumers using school email addresses, including Beverly High School, to get around local bans on vaping products.

In a statement, the company said it hasn't reviewed the lawsuit but has taken numerous steps to address underage use including pulling television, print and digital advertising.

"Our customer base is the world’s 1 billion adult smokers, and we do not intend to attract underage users," Juul spokesman Austin Finan said.

The company argues that it too is concerned about keeping nicotine products out of the hands of youth and says it has strengthened its online age-verification process.

Juul contends that it products are a safer alternative to combustable cigarettes, which remain the No. 1 cause of preventable death in the United States.

The company cites research suggesting that 47% of adult smokers will switch from regular cigarettes after using tobacco-free products.

Its corporate website includes a video montage in which former smokers talk about how vaping got them to kick traditional cigarettes.

"We want to be part of the solution to end combustible smoking, not a part of the problem to attract youth or former smokers to nicotine products," reads one statement from the company.

But Matthew Myers, president of the Campaign for Tobacco-Free Kids, says Juul’s public rhetoric is inconsistent with its business practices.

"The argument that they were looking at adults has no merit whatsoever," he told reporters. "Their target market was the cool kids ... the ones who never would have smoked."

John Winickoff, a pediatrician at Massachusetts General Hospital who studies tobacco and nicotine addiction, said he sees firsthand the health impacts of vaping on teens.

"E-cigarettes have been a dream come true for the tobacco industry because they are so addictive," he said. "Every teenager I treat is either using e-cigarettes or has friends who are currently using it."

The company even hired former Attorney General Martha Coakley, Healey's predecessor, who as attorney general called for tough rules on vaping. Coakley was hired in 2019 to work on the company's government affairs team.

Healey said Coakley's work for the company was "disappointing" but that her investigation focuses on its 2015 marketing campaign for vaping pods.

"I haven't talked to her about that, and she was not the subject of our investigation," Healey told reporters.

Massachusetts has been more aggressive than other states in cracking down on vaping, amid concerns about safety and an explosion of teen use.

Last year, Gov. Charlie Baker temporarily banned sales of vaping products in the state and pushed through new regulations that outlawed sales of flavored products, including menthol and mint-flavored cigarettes; limited the nicotine content of vape pods; and imposed a new 75% excise tax on the wholesale price of e-cigarettes.

The law restricts sales of flavored vape and tobacco products to private smoking bars, such as cigar bars and hookah lounges, where they must be consumed on-site.

The move responded to a rash of illnesses and deaths linked to vaping that has sickened thousands and killed 64, including several people in Massachusetts.

Previously, the state raised the legal age to buy e-cigarettes from 18 to 21, expanded a workplace smoking ban to include e-cigarettes, and barred pharmacies from selling them.