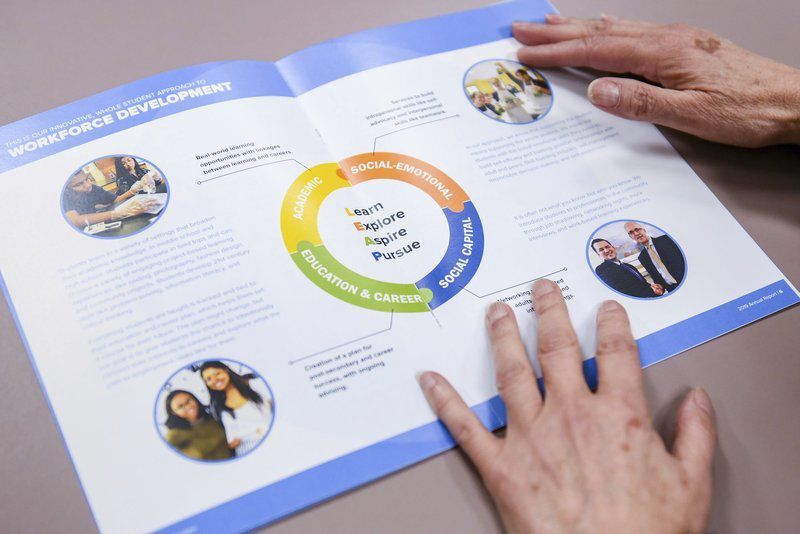 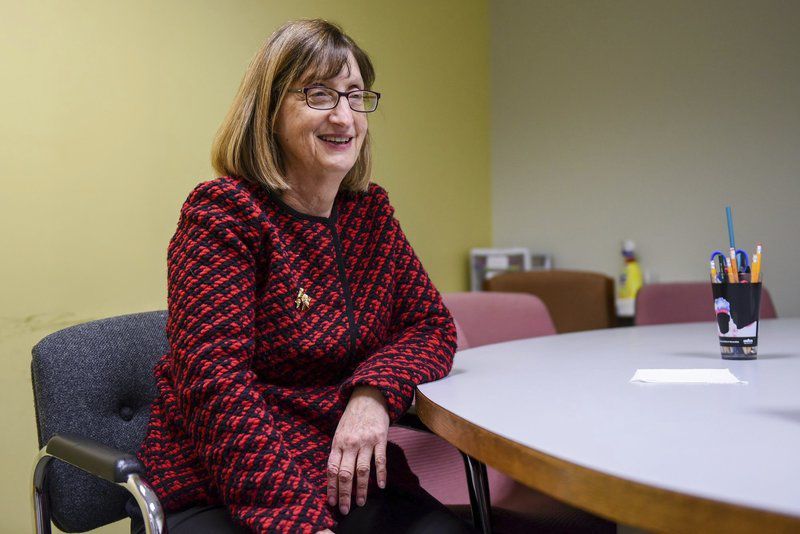 JAIME CAMPOS/Staff photoLEAP for Education Executive Director Linda Saris talks about plans for the education and career readiness program to expand into Lynn.

JAIME CAMPOS/Staff photoLEAP for Education Executive Director Linda Saris talks about plans for the education and career readiness program to expand into Lynn.

SALEM — LEAP for Education is kicking off the new year with an expansion.

The post-secondary education and career readiness program is adding Lynn to its portfolio of cities and demographics served, with afterschool offerings being designed for the city's Thurgood Marshall Middle School.

"We were pretty much all Salem from when we started in 2002, all the way through 2013, and when we had an opportunity for some additional funding from the (state) Department of Higher Education — who wanted us to carbon-copy our college success program in other cities — that was our first time making a move out of Salem," said Linda Saris, LEAP for Education's director. "Lynn has always been on our radar, and a community that we've been interested in expanding into."

Thurgood Marshall Middle School enrolls roughly 1,300 students in grades six through eight. About 91% of those enrolled at the school are students of color, 62% are economically disadvantaged and 60% are learning English as a second language.

"The thing about Lynn is that it has a lot of really great after-school programs," Saris said. "We talked to the superintendent about what we could bring to Lynn. We have middle school programs, our college-readiness program for high schoolers, and he said he was interested in middle school."

LEAP first launched in Salem 18 years ago under the name Salem CyberSpace. Over the years, it has grown in Salem and added services in Gloucester and Peabody. It has developed college prep programs for students as young as middle school age, offers homework help and more.

Now, LEAP wants to pull in $2.5 million over the next two years to hire more staff and expand programs and facilities. Some of that fundraising has already come to fruition, through a one-time, $250,000 grant from the Boston-based Wellington Management Foundation.

"Last year, LEAP got an award called the 'Social Innovation Award' through a group in Boston called the Social Innovation Forum. They pick eight social innovators in eight social tracks," Saris said. "That gave us a lot of exposure to potential funders, and from that, we got a call from the Wellington Management Foundation saying they had been giving us money for four or five years, and if we'd be interested in applying for what they called their 'catalyst grant.'"

The grant only comes once, after which LEAP must cover the day-to-day costs of growth on its own, potentially through other grant opportunities. Ultimately, LEAP wants to have 100 Lynn students enrolled in its programs.

To put that in perspective, a similar afterschool program in Salem, for 100 students at Collins Middle School, costs roughly $168,000. That amount is covered in part by a state grant that requires Salem Public Schools to pay for about 25% of the program's cost. Salem schools partners with LEAP to run the program.

To start, Saris said LEAP plans to create a planning group in Lynn, made up of LEAP representatives as well as Thurgood Marshall school faculty and community members.

"We try and expand their oral speaking, their confidence in speaking English, and research shows that ELL students don't get a lot of time during the class to speak English," she said. "What we do is partner with the community, and we have the students come up with a community service project that's meaningful to them."

Although the Lynn program is still in its early planning stages, it will kick off with 20 students in April, followed by a summer program in July and August. Then, a more robust program will run this fall, according to Molly Cohen, principal at Thurgood Marshall Middle School.

Right now, the school just needs to start putting the Wellington grant to use.

"We already have our first planning meeting on the calendar in January," Cohen said. "It aligns with our district goals and school goals of inclusiveness and high expectations. It couldn't be a more perfect program for us."