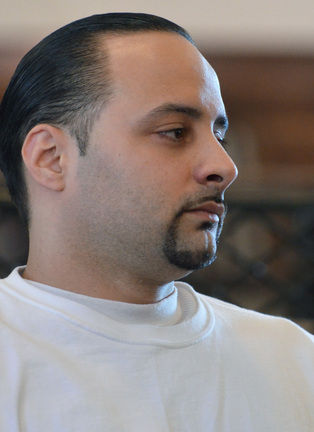 Michael Vick, who broke into his step-grandmother's home in the middle of the night and held a knife to her, demanding money appears at Salem Superior Court. 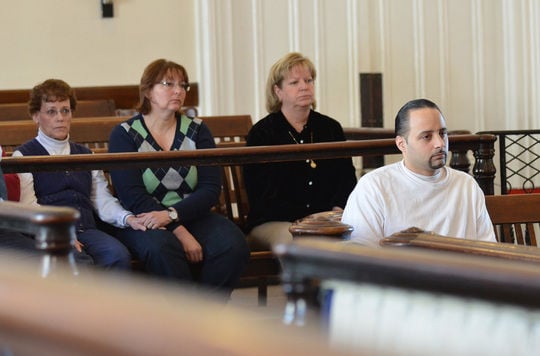 Michael Vick, right, broke into the home of his step-grandmother Elaine Janice, left. Janice spoke at Salem Superior Court about how her step-grandson's crime has affected her. 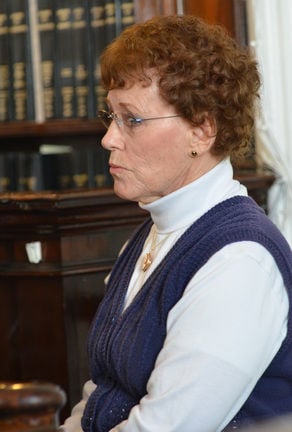 Elaine Janice, 77, speaks at Salem Superior Court about how her step-grandson's crime has affected her.

Michael Vick, who broke into his step-grandmother's home in the middle of the night and held a knife to her, demanding money appears at Salem Superior Court.

Michael Vick, right, broke into the home of his step-grandmother Elaine Janice, left. Janice spoke at Salem Superior Court about how her step-grandson's crime has affected her.

Elaine Janice, 77, speaks at Salem Superior Court about how her step-grandson's crime has affected her.

SALEM — A man who admitted that he broke into his 77-year-old step-grandmother's home in Peabody and threatened her with a knife was sentenced yesterday to five to eight years in state prison.

Judge Timothy Feeley acknowledged that the sentence for Michael Vick is a "significant departure" from the 11 to 13 years requested by the prosecutor, but said the shorter sentence is still a "substantial penalty."

"I believe a five- to eight-year sentence is the most appropriate sentence," Feeley said in Salem Superior Court.

Asked by the judge if he had anything to say, Vick responded, "The only thing I can say is I didn't mean to do the crime I committed."

Vick, a 28-year-old Lynn man, pleaded guilty to burglary and armed assault on an occupant, assault and battery, and assault with a dangerous weapon, a knife, on a person 60 or over.

Prosecutor John Brennan said Vick broke into the Peabody home of Elaine Janice, his step-grandmother, at 5 a.m. on Jan. 13, went to the bedroom where she was sleeping, held a knife to her throat and said, "Give me your (expletive) money. I know you have money."

Vick grabbed Janice by both arms and pushed her down the hallway. Janice suffered a minor puncture wound in her right arm, most likely from the 10-inch knife Vick was holding, Brennan said. Janice gave Vick $16, which she described as her "bowling money."

During a hearing Thursday, Janice told the judge that she is still in fear nearly a year later.

"I've had nightmares ever since this happened," Janice said. "I wake up at 3 o'clock in the morning, and I can see a figure there. He broke in through three locked doors ... with a knife in his hand."

At yesterday's hearing, Brennan called the crime "particularly horrific" because the victim was Vick's own step-grandmother.

"She lost her husband five years ago. She was living by herself in a two-story, single-family home," Brennan said. "She had no reason to believe her safety was in jeopardy in her own home. Waking up in the middle of the night with a knife to your throat warrants 11 to 13 years."

Vick's lawyer, John Morris, argued for a sentence of three to five years. Morris said Vick has had a drug problem since he was 15 and became a heroin addict at 23. Vick hasn't seen his father, who spent 20 years in state prison, since he was 2 years old.

Vick also had brain surgery when he was 19 years old, Morris said. Two years ago, both his stepfather and a childhood friend died. Since the attack on his step-grandmother, Vick's mother will not speak to him, Morris said.

"Not only has he lost his liberty, but he has lost his mother," Morris said.

Morris said Vick had earned his GED and had been working regularly as a certified tire and window installer in Lynn.

In choosing a shorter sentence than the prosecution requested, Judge Feeley said he compared Vick's case to other cases of home invasion that resulted in "much more serious injuries." He also noted that Vick has served little jail time and no state prison time.

Feeley also sentenced Vick to three years' probation after he gets out of prison. He will be required to stay away from Janice, remain drug- and alcohol-free, participate in substance abuse treatment and screenings, and get a mental health evaluation. If he violates the terms of his probation, he will serve a minimum of 10 years in state prison, Feeley said.

Vick will serve his sentence at Cedar Junction state prison in Walpole.

Staff writer Paul Leighton can be reached at 978-338-2675 or by e-mail at pleighton@salemnews.com.