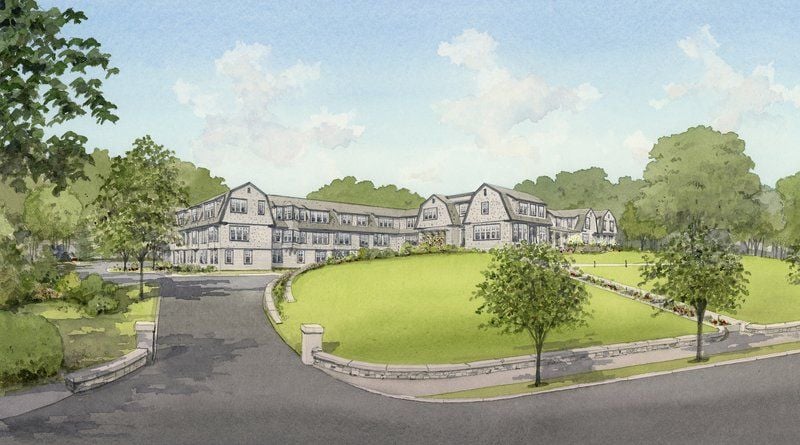 A rendering of the rear view of The Mariner, a proposed assisted living facility for 265 Pleasant St. in Marblehead. 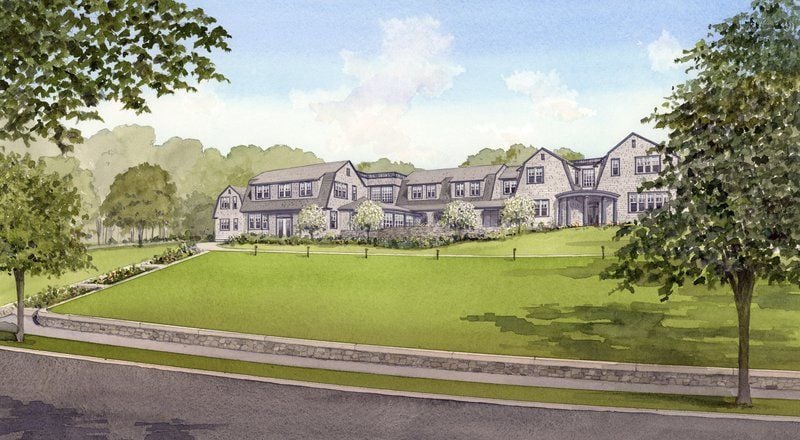 This rendering shows a street view of The Mariner, an assisted living facility proposed for 265 Pleasant St. in Marblehead, formerly the Killam estate.

A rendering of the rear view of The Mariner, a proposed assisted living facility for 265 Pleasant St. in Marblehead.

This rendering shows a street view of The Mariner, an assisted living facility proposed for 265 Pleasant St. in Marblehead, formerly the Killam estate.

MARBLEHEAD — Developers under the name Pleasant Street LLC have initiated a process to bring something they feel is needed in Marblehead: an assisted living facility — slated for 265 Pleasant St. Neighbors don’t agree.

A large turnout of residents so overwhelmed the accommodations at the town senior center last month that the Zoning Board of Appeals postponed its hearing until this Monday, Oct. 26. On Monday, the ZBA will deliberate in the high school auditorium on a special permit request needed in order to move the Pleasant Street project forward.

Alicia Hart, a Pond Street resident and member of a group opposing the assisted living facility, said most Marblehead residents didn’t even know the project was in the works ahead of the original Sept. 21 meeting.

Her group, Marblehead Concerned Citizens, which consists primarily of people who live near the site, has been discussing the proposal though since Hart learned of it in July. And in the past month, the group has amped up a campaign against the project.

“Many people bought [on streets near the site] because it’s like a sanctuary back there, there are a lot of trees, it’s very quiet,” said Hart in an interview. “That’s a single-family zoned area, we’re not happy it’s slipping through because it’s an assisted living facility and that’s the exception that can be granted.”

“We don’t want it, it’s a very unwelcome situation for [residents],” she said.

The facility, which developers Michael LaFayette, Heather Cairns and Phil Holmes have dubbed The Mariner, would be built on the 4.5-acre Killam estate. The estate currently consists of two multifamily homes that are being rented as apartments.

The Mariner would be a Nantucket, shingle-style, three-story structure with 87 units. The building would be 82,000 square feet with a 25,000 square foot footprint. It would be surrounded by gardens, walking paths and other green space, with parking spaces on the side of the building rather than the front for a more aesthetic street view.

“It’s a land use people have been asking for for years; I think in 1999, we even wrote a bylaw to allow that use,” Marblehead Town Planner Rebecca Curran Cutting told the Salem News in August in an initial report on the project. “So I think it’s a good addition, it’s something that’s lacking.”

In a flier, the Marblehead Concerned Citizens created for its effort to make the public more aware of the plan, the group laid out several points rejecting Cutting’s statement.

The group doesn’t think there is a need for a Marblehead facility, given the close proximity to similar facilities and one planned for Swampscott.

Hart says by the time Marblehead seniors get into a situation where they can’t stay in their own homes, they won’t be “running around town shopping.” They’ll likely be “infirm,” she said, so “it’s not going to matter that much whether they’re in Swampscott, Marblehead or Peabody.”

A second point of contention was that the area of Pleasant Street is too dangerous and dense in terms of traffic.

“It’s a very dangerous street, [that site] is precisely where Allie [Castner] was killed and I think another man was killed,” said Hart. “The amount of traffic going in there with meals, delivery trucks, ambulances, service vehicles, etc, will create an extraordinary amount of strain on that neighborhood.”

Castner, then 15, was struck by a car and killed while crossing the street in 2009.

Hart said the developers have offered to pay for upgrades suggested by a traffic study the town commissioned after Castner’s death but never acted on due to lack of funds. Hart still doesn’t believe that’s enough to offset the issues on Pleasant Street and the added issues she feels will inevitably come with the facility.

Another argument from the concerned citizens is that The Mariner’s prices — Lafayette has said the units will be between $4,700 and $7,000 per month — will be out of reach for most potential clients.

The last argument lodged by the group is that the developers are wrong about the Killam houses not having historic value. LaFayette had explained that assessment was made by someone the developers hired for an expert opinion.

Hart noted that in fact, it’s a special site because the main Killam house is a “fine specimen of 19th century American Colonial Revival.”

Oliver Killam himself was a great benefactor to the town, giving $11 million in scholarships and to the library. The landscape is also a cherished style, a mimic of landscape from the 1700s and early 1800s, the group says.

A message left with the Historical Commission’s clerk was not returned by press time on Friday.

Hart expects these issues will be thoroughly discussed on Monday during the public hearing. The developers, represented by attorney Paul Lynch, will also formally present their plans to the board.

“We’ll have our program manager there, our architect, engineer, etc, they’ll be available to answer any questions,” said LaFayette, who will also attend. “Whatever opposition we have, we will respond to it.”

The meeting, which follows a week of information sessions including a site walkthrough on Oct. 17, will take place at 7:30 p.m. in the Marblehead High auditorium at 2 Humphrey St.