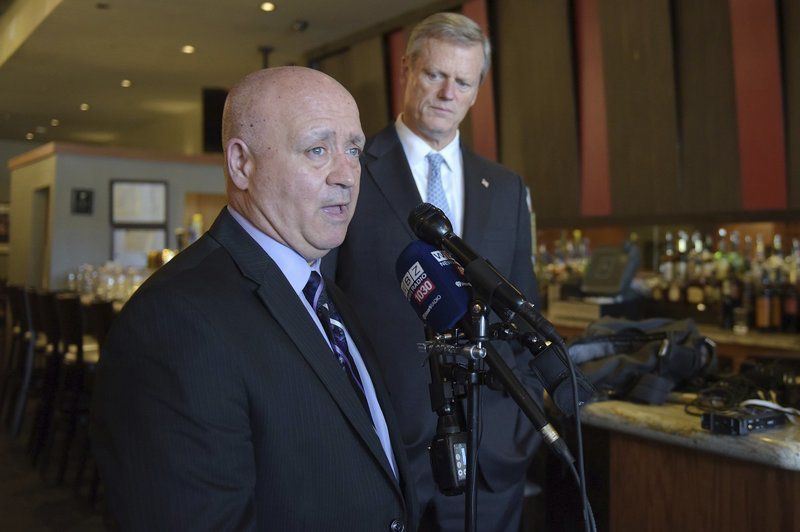 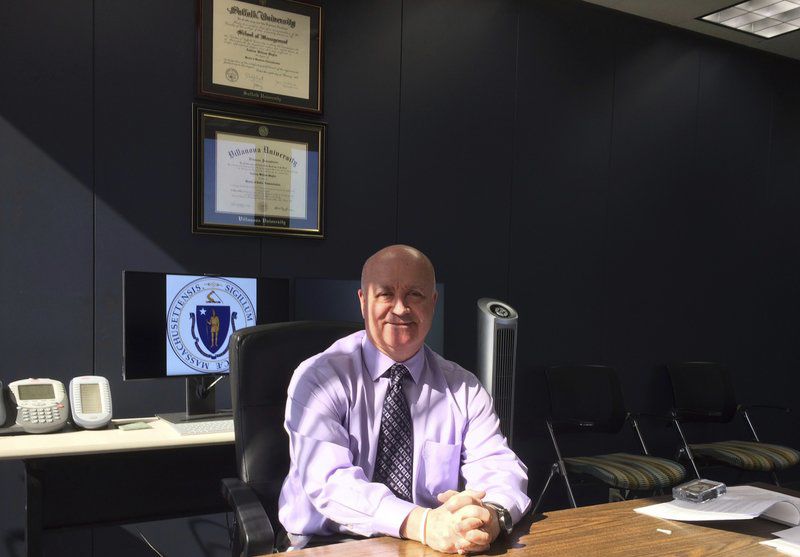 BOSTON — Andrew Maylor never imagined leaving local government behind to work on Beacon Hill, until he got a phone call from Gov. Charlie Baker offering him a job.

Maylor, a Peabody resident and veteran of local government who most recently served as North Andover's town manager, last week took over the reins as the state comptroller. The office, which acts as a fiscal watchdog, has vast administrative and audit oversight over every state agency and oversees more than $60 billion in state assets and spending.

"I was in a pretty good spot in North Andover," Maylor said in his first interview since taking over the post. "I really hadn't thought about state service and wasn't seeking other options."

But Maylor, who is credited with helping improve the fiscal stability of the Essex Regional Retirement System several years ago, said he views the comptroller's job as his next challenge.

Maylor says he wants to bring some of the personal, face-to-face aspects of local government to an office that generally operates far from public view.

"I see this an opportunity not necessarily to increase the profile of the agency but communicate more effectively with the people who are served by it," he said.

Maylor, an accountant by trade, replaced Thomas Shack III, a former prosecutor, who stepped down in December after holding the job for four years. Maylor's starting salary is $176,624 a year, with benefits.

Maylor also served as town administrator in Swampscott, Baker's hometown, and was a vocal supporter of the Republican's first but unsuccessful run for governor in 2010.

But Maylor also worked closely with Baker following the gas explosions that rocked the Merrimack Valley, killing one and leaving thousands without heat or hot water for months.

In a statement on his appointment last month, Baker said he was confident that Maylor "will bring the level of transparency, integrity and accountability necessary for this job."

To be sure, Maylor hasn’t completely left local government behind.

The North Andover Board of Selectmen voted unanimously last week to keep him on as a part-time consultant to help with the town's negotiations with Columbia Gas, the company held responsible for the Sept. 13 gas system failure. He will be paid $300 per week but the agreement between the selectmen and Maylor stipulates that he will not perform town consulting services on state time.

One of Maylor's first tasks as comptroller will be overseeing the design of a new computer network to manage the state's human resources, payroll and accounting systems.

He said the state's current computer-based financial management systems are outdated and need to be replaced.

A recent legislative report highlighted how state and local governments are vulnerable to hackers seeking to access computer systems to steal financial data. It noted many private contractors that do business with the state and its cities and towns are allowed to "self-certify" that they have adequate cybersecurity safeguards, which "has the potential to cause the state’s economy to lose millions of dollars in lost revenue."

"We are keenly focused on making sure that the data we possess is protected from cybercrime and fraud," Maylor said. "This is going to be a priority for the agency."

Still, he could face headwinds on the project, which became a flashpoint between the Baker administration and Shack over who will design and implement the new system.

Last year, Shack publicly feuded with Administration and Finance Secretary Michael Heffernan over what he described as delays by the administration in funding the new project.

Maylor said the new system, which could cost between $120 million and $140 million, will likely take four to eight years to implement.

"This is not something that will happen overnight," he said. "But it's a once-in-a-generation shot to upgrade how the state does business, and by doing so making it more efficient."