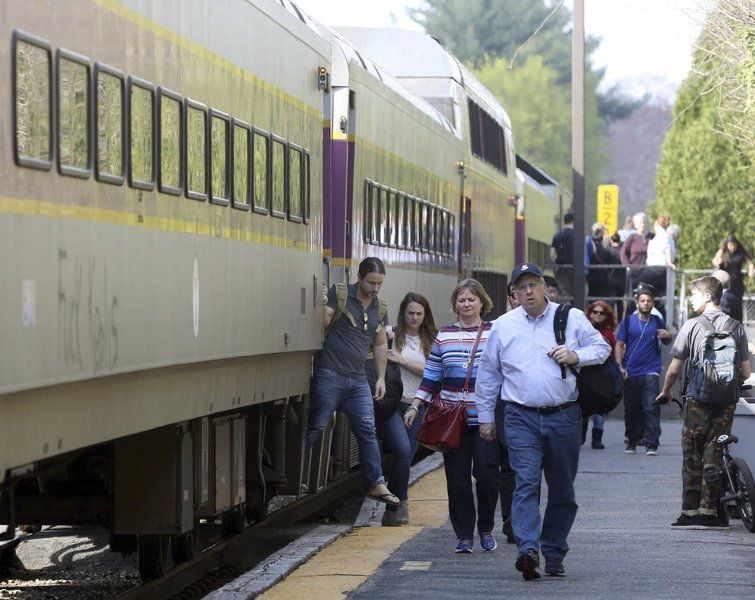 Ken Yuszkus/Staff photoCommuters disembark from an outbound train Friday afternoon at the North Beverly commuter rail station. The MBTA has postponed a meeting in Beverly next week to discuss this summer’s weekend service shutdown, but local officials say they will hold the forum as planned. 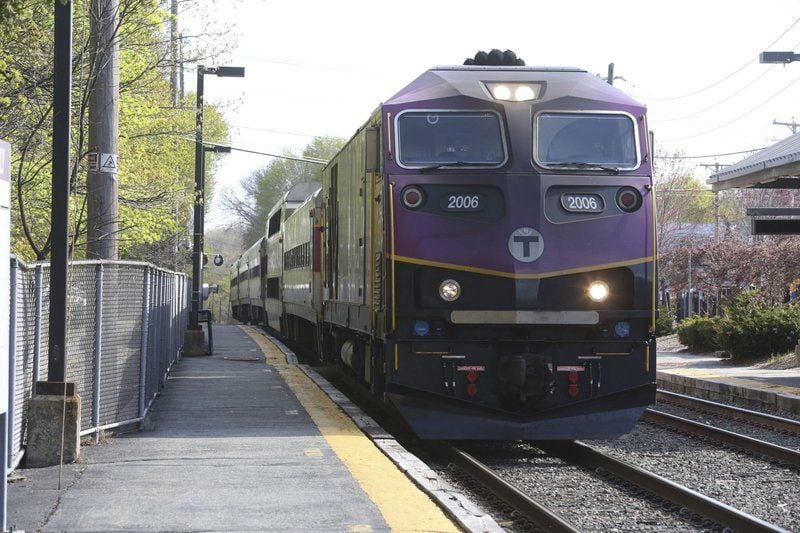 Ken Yuszkus/Staff photoAn outbound train arrives Friday afternoon at the North Beverly commuter rail station. The MBTA has postponed a meeting in Beverly next week to discuss this summer's weekend service shutdown, but local officials say they will hold the forum as planned.

Ken Yuszkus/Staff photoCommuters disembark from an outbound train Friday afternoon at the North Beverly commuter rail station. The MBTA has postponed a meeting in Beverly next week to discuss this summer’s weekend service shutdown, but local officials say they will hold the forum as planned.

Ken Yuszkus/Staff photoAn outbound train arrives Friday afternoon at the North Beverly commuter rail station. The MBTA has postponed a meeting in Beverly next week to discuss this summer's weekend service shutdown, but local officials say they will hold the forum as planned.

BEVERLY — The MBTA has pulled out of a public meeting next week meant to discuss summer disruptions to the Newburyport/Rockport rail line, but city officials are giving commuters a chance to weigh in anyway.

Tuesday’s meeting will go on as scheduled without the MBTA present, according to Mayor Mike Cahill. It’s set for 6:30 p.m. at City Hall.

MBTA officials did not attend a similar forum in Gloucester Wednesday night, and have also postponed a meeting Monday in Newburyport.

The meetings were scheduled to discuss plans to shut down weekend service on the busy commuter line this summer so the MBTA can make federally required safety upgrades.

When the meetings will be rescheduled with an MBTA official present is unclear.

“The MBTA at this time is working on travel options for its customers and anticipates the presentation of these options at public meetings to be held this spring,” the agency said in a release.

The anticipated disruption and the lack of communication from MBTA officials have frustrated local leaders.

City officials want to provide residents with information regarding the stoppage in service as it stands right now, the mayor said.

“We’re going to share the information as we understand it,” Cahill said. “We’re still looking at the dates they gave us with full disclosure that nothing is firm yet.”

The work is expected to last into September, and is not the only project that will affect the North Shore commute.

There’s also a weekday shutdown scheduled from July 17 to Aug. 13 north of the Salem station to replace the swing bridge that spans the Danvers River between Salem and Beverly.

In it, officials ask the MBTA to either “reconsider” the weekend shutdowns or provide alternative transportation during that time.

“The planned shutdown reflects poorly on the commonwealth and our commitment to residents who rely upon public transportation in their daily lives,” the letter reads.

Lawmakers also detailed the need for service in Beverly and Salem.

“The cities of Salem and Beverly represent the most-served stations within the entire North bound commuter rail system,” they wrote.

Last Wednesday, about 150 people gathered at a forum in Gloucester City Hall to discuss the rail shutdown plans. No representatives from the MBTA or Mass. Department of Transportation attended, the Gloucester Daily Times, a sister paper of The Salem News, reported.

The 90-minute forum drew elected officials from Gloucester, Rockport and Manchester, communities with stops on the MBTA’s Rockport line.

The event took on the tenor of a rally, with state Sen. Bruce Tarr, R-Gloucester, Mayor Sefatia Romeo Theken and Gloucester City Councilors Melissa Cox and Val Gilman soliciting signatures on paper and digital petitions demanding that “alternative public transit must be made available” during the scheduled full service shutdown.

MBTA spokesman Joe Pesaturo said in a Thursday email to the Gloucester Daily Times the agency simply “continues to explore options.” He did not elaborate.

Manchester Selectman Eli Boling said that, beyond any bus arrangements, those options should include pushing the work back to the fall and winter months. The shutdowns as planned, he said, would cut deeply into his town’s revenues from the beaches and the meals tax if riders aren’t able to make their way to the seaside village.

“There are no words to express our thoughts,” he said, noting that much of the town’s $100,000 in beach revenue is drawn from “walk-up” visitors who arrive by train.

“We know this work has to be done,” he said. “These are not just numbers, but real people and businesses that will be affected if these closings are not moved out of the summer season.”

Gloucester City Councilor Paul Lundberg, a longtime rail administrator and a former general manager of the MBTA’s rail service, agreed that the DOT and MBTA should find suitable options.

“There is going to be some disruption,” he said, “but it is certainly within the capability of the MBTA to develop a mitigation plan that should be able to satisfy most people.”

Letter from lawmakers to MBTA