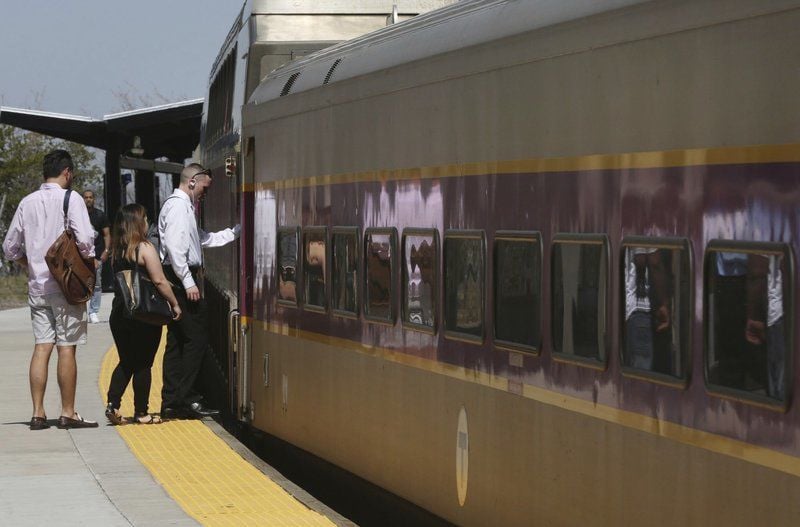 The MBTA’s planned shutdown of the Newburyport/Rockport line on weekends late this summer for repair work has spurred Salem’s lawmakers to push for alternative transportation for commuters and tourists.

“They (the Massachusetts Bay Transportation Authority) have left the commuting public — including tourists — without any way to get from Boston to Rockport, Newburyport and back and forth,” said state Rep. Paul Tucker, D-Salem. “We’re going to insist that they’re going to have bus service. I know it isn’t as efficient as trains, but it’s a non-starter for me if they’re going to leave commuters to fend for themselves on the weekend.”

MBTA officials announced last week that weekend commuter rail service for the region would be shut down from July 8 to Sept. 30 to allow for the installation of “positive train control,” or PTC, safety systems. The technology uses GPS, wireless radio and computers to automatically stop trains or slow them down before derailments or crashes.

Four weekends of the positive train control work, from July 15 to Aug. 5, coincide with an already planned shutdown for repairs to the rail bridge connecting Beverly to Salem. That shutdown will also affect the workweek, although weekday shuttle service from Beverly to Salem is planned. During the weekdays in this period, train service will continue from Salem to Boston.

Word of the weekend shutdown sparked sharp outcry from commuters along the Newburyport/Rockport line.

“We can’t have service just completely shut down and interrupt weekends all summer long,” Lovely said. “We need to come up with a way to provide consistent transportation.”

Tucker also plans to work with Boston Harbor Cruises, which runs the Salem Ferry off of Blaney Street in Salem, to see if ferry service from Salem to Boston can be increased during the shutdown.

The communities affected are also scheduling events to give the public a chance to weigh in on the situation and explore options.

So far, one event has been scheduled at Gloucester City Hall, 9 Dale Ave., on April 26 at 6:30 p.m. Companion events are in the works in Newburyport and Beverly as well, Tarr explained.

“We’re trying to get all of us to come together and at least make a bad situation better to some extent,” Tarr said. “I don’t know if we can eliminate the problem completely, but we have to explore every avenue to do that.”

In the meantime, Tucker and Lovely are soliciting help from a dozen other lawmakers from the North Shore, Cape Ann and the lower Merrimack Valley to sign them on to the effort.

“We have a little bit of time before this goes into effect,” Tucker said. “We’ve been getting a lot of complaints about the regular service, and we’ve been on Keolis and the T incessantly. This is just one more indignity that the commuting public has to suffer.”

The concept of positive train control systems has been in the spotlight following the 2015 derailment of an Amtrak train in Philadelphia.

“There’s a federal mandate to have it installed by December of 2018,” Tarr said. “It takes approximately 20 weekends worth of work and can’t be done during the winter. When you consider those factors, the window is narrow.”

Tarr said one option would be to extend the window, so some weekend service could still be offered.

That being said, the shutdowns are mandatory — and for good reason, Tarr, said.

“It’s important to bear in mind that the reason a lot of this is happening is to improve safety,” he said. “We’ve all see situations where trains that weren’t properly operated have resulted in tragic consequences. We shouldn’t lose sight of the fact that this is an improvement that could literally save lives.”

“It’s unfortunate that folks are going to have to face this disruption, but as we saw in Pennsylvania with the Amtrak crash and the PTCs, it’s critical they make the updates for public safety,” Parisella said. “It’s kind of early in the process, but it’s obvious we need to work together.”

State Rep. Paul Tucker and Sen. Joan Lovely are writing to enlist the support of a long list of legislators that cover the impacted region.

“My whole purpose in this is strength in numbers,” Tucker said. “I’m sure I can get most if not all of my colleagues on board, and to me this just shows that it isn’t just me and Joan in Salem complaining about this. I’m enlisting the support of everyone I can.”