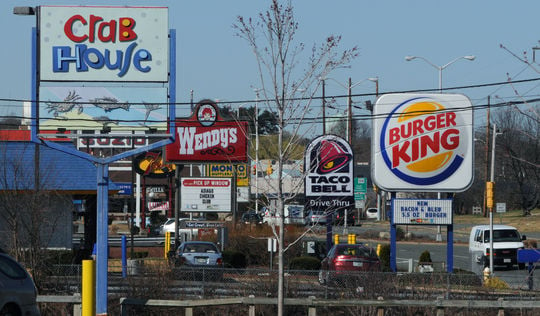 The sign for the Crab House, left, stands in front of the former restaurant, which could become a new McDonald's. It would be part of the row of fast-food restaurants along Endicott Street in Danvers. 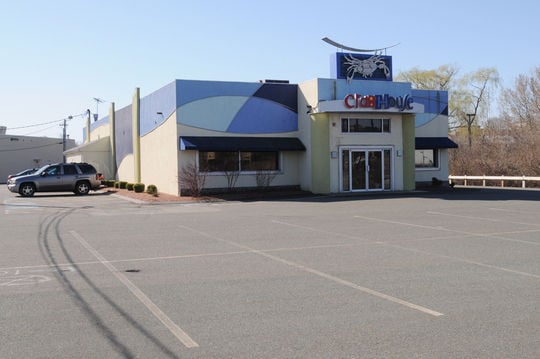 The Crab House at 182 Endicott St. in Danvers could become a new McDonald's restaurant in the near future.

The sign for the Crab House, left, stands in front of the former restaurant, which could become a new McDonald's. It would be part of the row of fast-food restaurants along Endicott Street in Danvers.

The Crab House at 182 Endicott St. in Danvers could become a new McDonald's restaurant in the near future.

DANVERS — The days of the former Crab House restaurant appear to be numbered, while a restaurant that has served countless billions is poised to take its place along Endicott Street.

Earlier this month, the Zoning Board of Appeals granted variances at 182 Endicott St. that would pave the way for what would be the town's fourth McDonald's.

The addition of McDonald's with a drive-through window would create a veritable fast-food lover's lane.

If built, a McDonald's would sit next to a Burger King, which sits next to a Taco Bell, which sits next to a Wendy's. A Kelly's Roast Beef restaurant is across the street. A motorist heading east on Endicott Street could someday pick up a Dave's Hot 'N Juicy Triple burger, a Chalupa, a Whopper and a Big Mac without ever having to get out of the car.

The Crab House closed sometime in 2008. Plans to open a Mexican restaurant there fell through, and the building has sat vacant ever since.

The closest McDonald's to the one proposed is in the food court of the Liberty Tree Mall across the street. The other two are at 77 High St. (Route 35) and 135 Andover St. (Route 114), by Garden Street.

The McDonald's plan still has to go to the Planning Board for site plan review and to the Conservation Commission, due to wetlands at the back.

Senior Planner Kate Day said she expects McDonald's developers to file plans next week in time for a public hearing April 24. She expects the project would start construction not long after it is approved, as is typical for fast-food restaurants.

When asked to comment on Endicott Street having a row of fast-food venues, in light of the recent opening of a Taco Bell at what was a former Midas auto repair shop, Day said the arrival of the fast-food eateries on the busy stretch has helped clean up vacant buildings, clear up confusing driveways and improve landscaping.

"It is still better than looking at the Crab House," Day said of the McDonald's plan.

The site itself is owned by the Anna Mscisz Trust and is managed by Harbor Management Corp. of Swampscott. Two calls seeking comment on the project from Harbor Management officials were not returned as of press time.

According to the project's application and minutes, engineers for Bohler Engineering told the zoning board the plan is to tear down the Crab House and put up a new building.

The zoning board approved a variance that allows the McDonald's to put up more signs than the one allowed.

One of the hardships the engineers said they faced was the fact that the restaurant sits back from Endicott Street and lacks visibility. That's due to a 200-foot-wide power company easement that cuts a diagonal swath through the front of the property, meaning the restaurant has to sit back away from the street. The lot itself also has an odd shape. The Burger King also obscures the proposed McDonald's as drivers head east on Endicott Street, according to the application.

While fast-food restaurants are making a go of it along Endicott Street, the state has not provided money to beautify, update or improve safety along the Endicott and Sylvan streets corridor.

Though the town has plans to repave Endicott Street, make its sidewalks handicapped-compliant, coordinate traffic signals and widen the medians to improve landscaping, the state has twice rejected grant requests.

The Massworks Infrastructure Program, which is under the state Executive Office of Housing and Economic Development, rejected the Department of Public Works grant application in 2010. Based on feedback from that rejection, the town spent $229,000 in "Chapter 90" state highway money to get the project "shovel-ready," according to an email from Martha Duffield, the DPW's program engineer.

Last fall, the grant application was rejected again. Danvers officials sought feedback from Massworks, and while the state program was impressed with the town having the project ready to go, the project's $2.9 million price tag and lack of private investment "were detrimental to the application," Duffield said.

The town plans to take another hard look at the project's scope and reach out to businesses for their support.

"The town is committed to supporting our existing and new businesses and will continue to pursue funding for this corridor," Duffield said.

Staff writer Ethan Forman can be reached at 978-338-2673, by email at eforman@salemnews.com or on Twitter @DanverSalemNews.