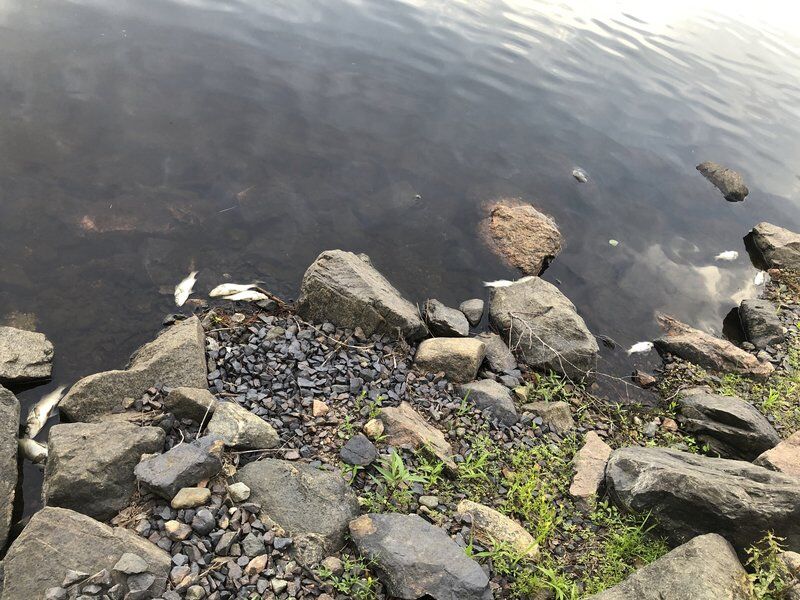 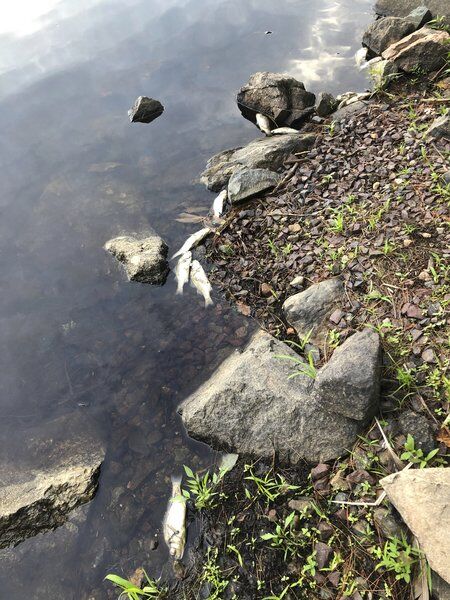 MIDDLETON — The fish found floating in Middleton Pond earlier this week likely died of natural causes, according to a MassWildlife official.

At first, officials speculated that the fish died when crews added copper sulfate to prevent algae growth in the pond, a source of drinking water for both Middleton and Danvers. Copper sulfate is typically added when the treatment plant transfers water from the Emerson Brook reservoir.

But Jason McCarthy, who manages the Vernon C. Russell Water Treatment Plant on the pond, said Thursday that's not the case.

"We looked at the amount of copper sulfate that's being added, and it's way below the levels that would affect any fish that we're aware of," McCarthy said.

Marion Larson, chief of information and education at the Massachusetts Division of Fisheries and Wildlife, agreed, because only one size and species of fish — in this case, white perch about 5 to 6 inches long — were killed.

"Fisheries biologists know that in the concentration or dose that copper sulfate is typically applied there are no harmful effects to fish," Larson said in an email. "If a mistake was made and the concentration was too high there could be a fish kill but it would affect many types and sizes of fish, not one as occurred in Middleton."

McCarthy said he's fish die-offs like this one at least twice in the 15 years he's worked at the plant. He said temperature, low dissolved oxygen or other factors could cause fish in a freshwater pond like Middleton Pond to die.

With long, hot summer days, water temperatures rise over time, and warm water does not hold as much oxygen as cold water. Oxygen levels also drop in shallow, weedy ponds when aquatic plants consume oxygen overnight, further depleting the oxygen levels in the water in the early morning.

This is also the time of year when most freshwater fish begin to spawn and crowd into shallow waters. These densely packed areas make fish susceptible to disease, especially as water temperatures rise. The result is a natural fish kill.

Whatever the cause, McCarthy said the occurrence did not affect the quality of the towns' drinking water. Danvers oversees the water treatment plant's operation.

"The water treatment plant is producing the high-quality water that meets or exceeds federal and state regulations and it hasn't stopped before, during or after this fish kill," McCarthy said.

On Wednesday, Boston Street residents Ed and Shirley Raynard said they discovered hundreds of dead white perch in the cove behind their home after they got wind of a rotten smell while in their backyard.

Shirley Raynard reported it to Middleton Director of Public Health Derek Fullerton, who referred her to McCarthy. Ed Raynard said three trucks and four workers arrived at 7:45 a.m. on Thursday with buckets, rakes and shovels to scoop the dead fish from the pond. Later that morning, a trace of fishy odor hung in the air, and there were still some dead fish scattered about the cove.

Raynard said he was more worried about the health impacts from the dead fish in the water, but McCarthy said the treatment plant, which treats 3.2 million gallons of water a day, can handle it.

In addition to cleaning the cove by the Raynards, McCarthy said workers cleaned up the beach by the treatment plant on Tuesday.

Larson encourages people to report fish kills so officials can make sure they're not caused by pollution or other issues. To report a fish kill, visit https://www.mass.gov/news/report-fish-kills-this-summer.