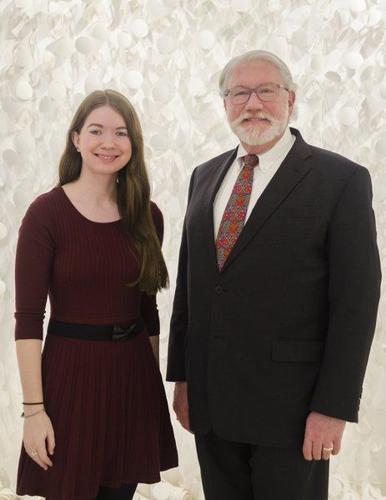 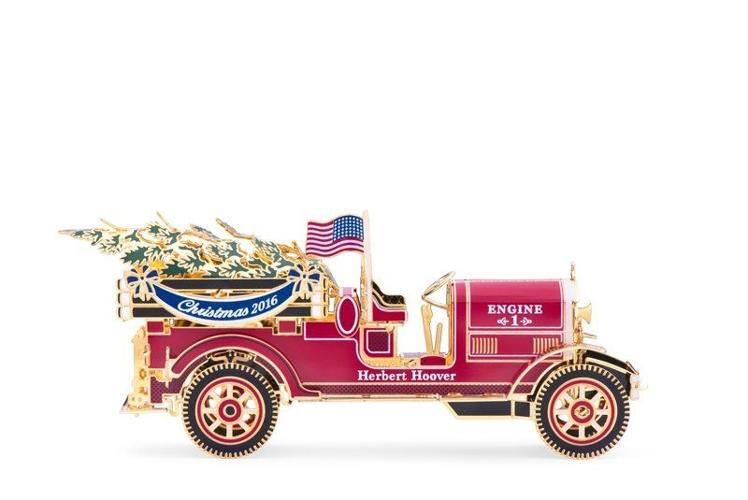 Monserrat College of Art student Kayla Whelan designed this fire truck ornament to commemorate the administration of Herbert Hoover. A fire swept through the West Wing on Christmas Eve, 1929, but thanks to the work of Engine Company 1, no lives were lost.

Monserrat College of Art student Kayla Whelan designed this fire truck ornament to commemorate the administration of Herbert Hoover. A fire swept through the West Wing on Christmas Eve, 1929, but thanks to the work of Engine Company 1, no lives were lost.

BEVERLY — The fire that swept through the West Wing of the White House on Christmas Eve, 1929, may have been all but forgotten by history.

But when a local college student was asked to enter a competition to create an ornament for the White House Christmas tree commemorating the Hoover Administration, the dramatic events of that night captured her imagination.

Kayla Whelan, a senior at Beverly's Montserrat College of Art, designed a tiny fire truck, one that looked just like the real Washington, D.C., Engine Company 1 truck that was the first to arrive on the scene on the night of the fire.

Her design was chosen from among several hundred entries by the White House Historical Association to become the official White House Christmas ornament for 2016. The design is being unveiled Thursday.

Whelan, of Pelham, N.H., will receive a $5,000 award, and Montserrat will get $50,000 toward a scholarship, said Lara Kline of the White House Historical Association.

It was the first year the competition was opened to a handful of art colleges around the country, Kline said.

Kline said it was exciting to realize that the competition got a whole new generation of artists thinking about a president they'd likely not thought much about.

Whelan will graduate in May with a bachelor of fine arts degree. She said in a statement released by the school that she was "thrilled" when she learned that her design had been selected.

"I first realized I wanted to be an artist when I was in kindergarten," Whelan said. "My teacher was complimenting my stick figures and suggested that I should be an artist when I grew up.  The thought had never occurred to me, and the idea that I could draw for a living was the most amazing thing I had ever heard."

She later attended a pre-college program at Monserrat and "fell in love with the school," she said.

During her junior year, she took part in a class called "Design Factory" with professor John Colan, chairman of the design department. It was in that class that Whelan designed the ornament.

"I put a lot of effort into the project, and Professor Colan pushed me to participate and was infinitely helpful to me," she said.

College President Steve Immerman said people are "ecstatic" about the recognition for the small school, which has an enrollment of 400.

"We are so proud of Kayla Whelan for the hard work she has done to reach this level of professionalism," he said in a statement released by the school.

Kline said the ornament not only commemorates the fire, in which no one was harmed thanks to the quick response of firefighters, but what happened the following year.

All of the children who had been invited to the White House, attending a celebration, when the fire broke out were invited back the following year, and each child received a toy fire truck, Kline said .

The ornaments are made of brass, plated with nickel, and are gold-dipped, manufactured by a Rhode Island company, said Kline. They retail for $20.95 and will be sold at the White House gift shop as well as online at shop.WhiteHouseHistory.org.

Reporter Julie Manganis can be reached at 978-338-2521, via email at jmanganis@salemnews.com or on Twitter @SNJulieManganis.

Editor's note: This story has been corrected to reflect the correct sale price of $20.95.