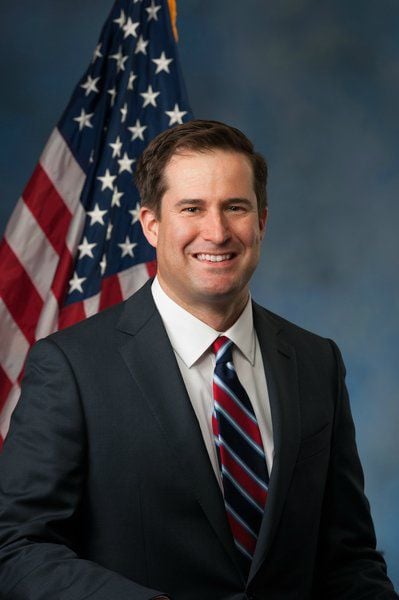 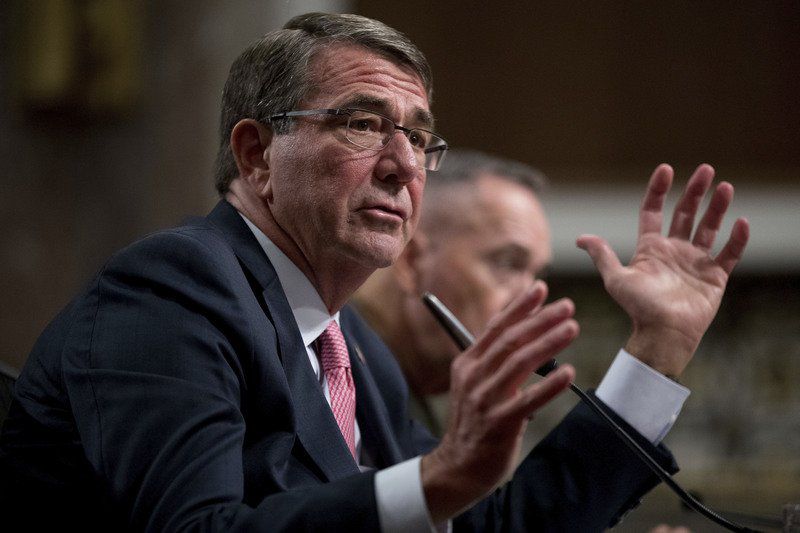 Associated PressDefense Secretary Ash Carter, accompanied by Joint Chiefs Chairman Gen. Joseph Dunford, testifies on Capitol Hill in Washington on Sept. 22 before the Senate Armed Services Committee hearing. The U.S. is sending 615 more troops to Iraq as the stage is set for an Iraqi-led battle to reclaim Mosul, the northern city that has been the Islamic State group's main stronghold for more than two years.

Associated PressDefense Secretary Ash Carter, accompanied by Joint Chiefs Chairman Gen. Joseph Dunford, testifies on Capitol Hill in Washington on Sept. 22 before the Senate Armed Services Committee hearing. The U.S. is sending 615 more troops to Iraq as the stage is set for an Iraqi-led battle to reclaim Mosul, the northern city that has been the Islamic State group's main stronghold for more than two years.

Under the plan, the surge will support Iraq's security forces in an attempt to dislodge the Islamic State group from the northern city of Mosul.

On Wednesday, Defense Secretary Ash Carter outlined some of the roles the added troops would perform in Iraq.

Moulton has long said the United States has a sound military plan to defeat the Islamic State group in the near term; however, he said, there is a vacuum when it comes to planning for what comes next in Iraq. The idea is not only to win the war against IS, but to win the peace, so another terrorist group does not step in to fill the void.

"This is yet another escalation without a clear plan to secure whatever victory we achieve," Moulton said.

The Pentagon has said there were about 4,565 troops in Iraq, and the additional troops will push that level to more than 5,000. The troops are being sent as advisers to Iraqi and Kurdish Peshmerga forces, which may soon attempt to retake the Middle East country's second-largest city.

Moulton said he has laid out a proposed strategy to keep the peace in Iraq after the Islamic State group is defeated, including adding more State Department diplomatic personnel and advisers to Iraqi Prime Minister Haider al-Abadi.

The United States, he said, needs to work to counter Iranian influence in the country.

Moulton, who served four tours of duty in Iraq as a Marine Corps infantry officer, said the defeat of the IS group is paramount.

"ISIS is a national security threat to the United States," he said.

When asked about the role the U.S. troop advisers might play, Moulton said he has no doubt these troops could wind up seeing combat.

"This is clearly a combat mission," said Moulton, who noted that when he was in Iraq in 2004, his platoon had the role of being combat advisers to Iraqi troops in Najaf in central Iraq. But, when they went to the assistance of the Iraqis, the U.S. troops saw some of the fiercest fighting of the Iraq war.

"We do need to defeat ISIS," he said, but the key is "how will this time be different."

On Sept. 13, Moulton outlined a possible strategy for future U.S.-Iraq policy at the United States Institute for Peace in Washington, D.C.

According to a press release on that strategy, the four policy goals are: "define our desired political end state, enable political reforms, condition further military support on political progress, and provide authorization and funding for Iraq’s future."

Moulton, a member of the House Armed Services Committee, has been on three oversight visits to Iraq, where he met with generals, foreign policy leaders and troops.

Congressman Seth Moulton has proposed a U.S.-Iraq policy for the future.