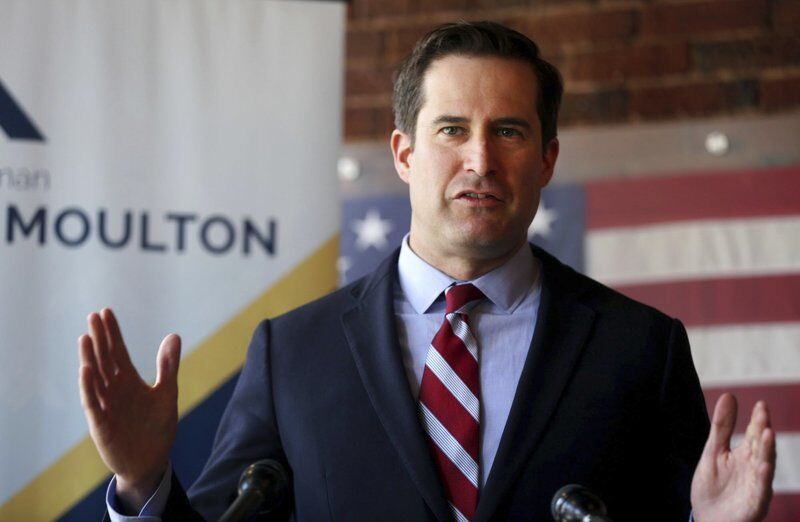 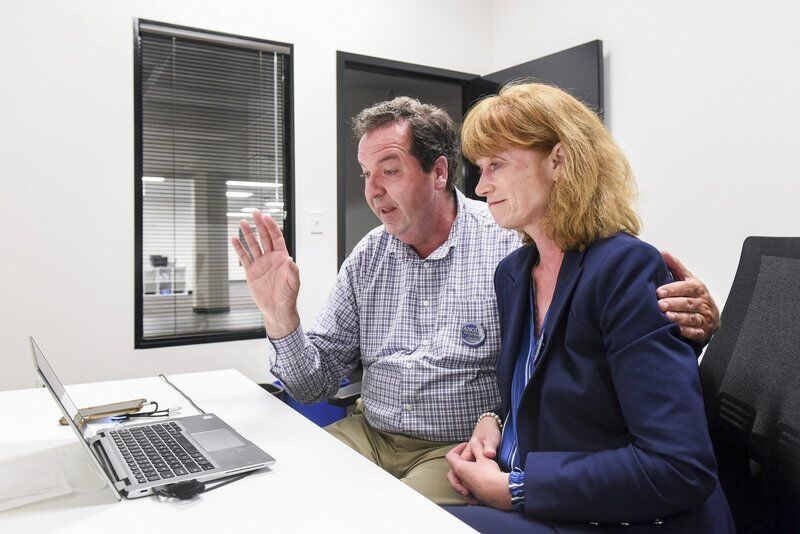 JAIME CAMPOS/Staff photoU.S. House Massachusetts District 6 candidate Angus McQuilken and his wife, Diann Slavit Baylis, host a virtual Zoom primary party with his supporters online from his campaign office in the Cummings Center during the Massachusetts primary elections amid the coronavirus pandemic. 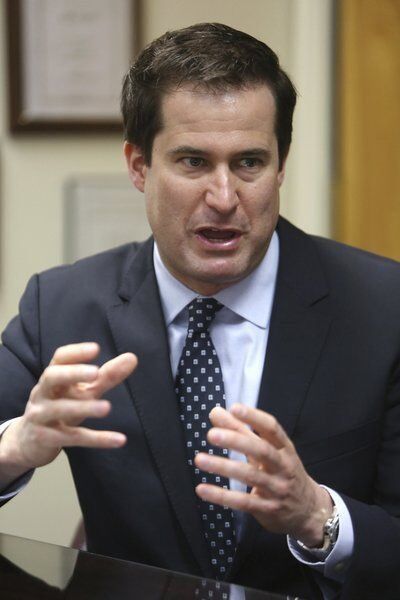 JAIME CAMPOS/Staff photoU.S. House Massachusetts District 6 candidate Angus McQuilken and his wife, Diann Slavit Baylis, host a virtual Zoom primary party with his supporters online from his campaign office in the Cummings Center during the Massachusetts primary elections amid the coronavirus pandemic.

Moulton, a Salem Democrat, had 77% of the vote with 14% of precincts reporting, the Associated Press reported just before 10 p.m. Tuesday. Challengers Jamie Belsito and Angus McQuilken, both of Topsfield, had 13% and 10% respectively, according to AP.

The victory means Moulton, who is seeking his fourth term representing the 6th District in Congress, will face Republican John Paul Moran of Billerica on Nov. 3.

“Six years ago, on election night, I made a promise. I said I would go to Washington to fight not for Democrats or Republicans, but for our country and for what’s right,” Moulton said in a statement Tuesday night. “In the years since, I have done everything I can to keep that promise. Sometimes it has meant taking on tough fights, breaking with my party, or questioning our leadership. Those debates have made us stronger as a party and a country, and I’m honored that the people I represent recognized that today.”

“I want to congratulate Seth Moulton,” he told his supporters via video chat. “It appears he will be the Democratic nominee in this election, and I think it is important that we as Democrats support each other.”

McQuilken lamented the loss of typical grassroots campaigning tactics like knocking on doors due to COVID-19.

“When we launched this campaign, we did not know we would be campaigning in a global pandemic,” he said to those who tuned into the Zoom call. “We rolled with it and we adapted, but there were aspects of our campaign strategy that simply weren’t going to be safe in this environment. But as they say, that’s how the cookie crumbles.”

As of 10 p.m., Belsito, 46, a trustee of Salem State University and a nationwide advocate for mental health and maternal mental health, was not ready to concede the election.

“Today was a phenomenal day to end the campaign,” she said. “Our team was out in almost every part of the district. It was the best day, and it was an honor and a privilege to run for this seat.”

Belsito said that even if she does not win, she and her supporters “forced the congressman to make sure he was paying attention to the district.”

Moulton, 41, grew up in Marblehead and served four tours in the Iraq War as an infantry officer with the Marines. Last year, he launched an unsuccessful presidential campaign. He and his wife Liz have a 22-month-old daughter, Emmy.

Moulton thanked his challengers for running and sharing their ideas, and said while Tuesday is a night for celebration, “tomorrow we’re going to get back to work.”