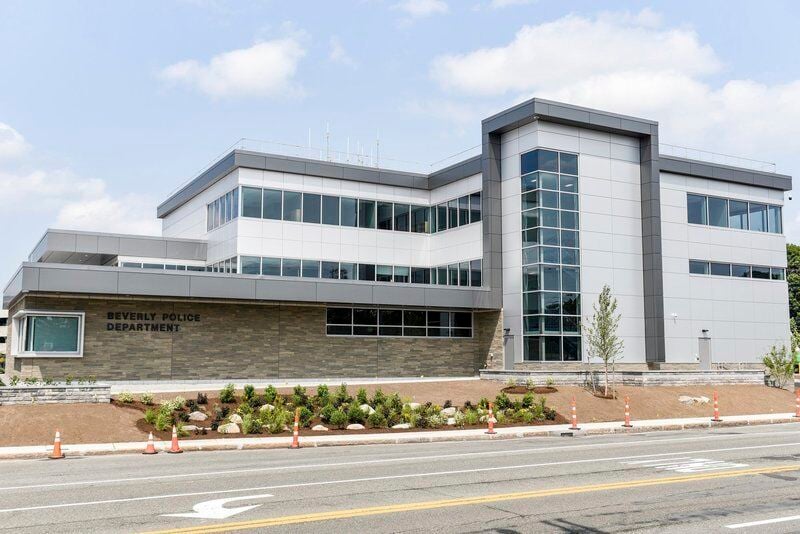 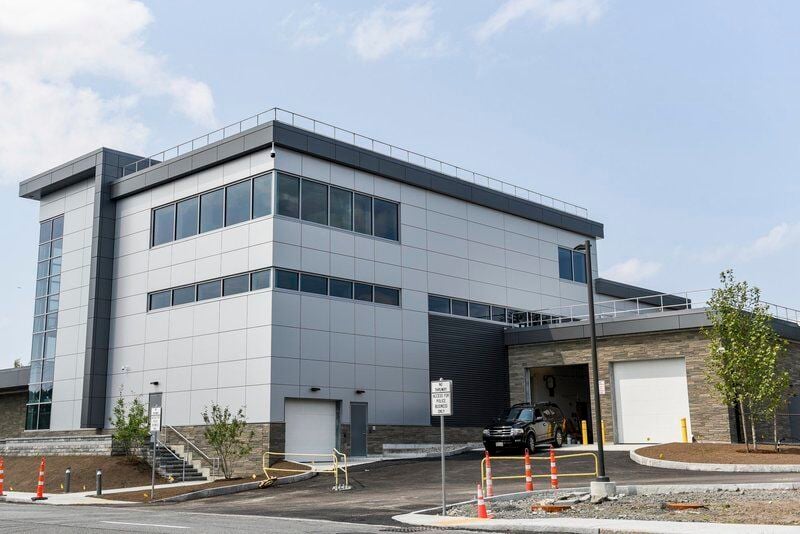 The Beverly Police Department will move into its new police station at the Cummings Center in Beverly in the near future. JAIME CAMPOS/Staff photo 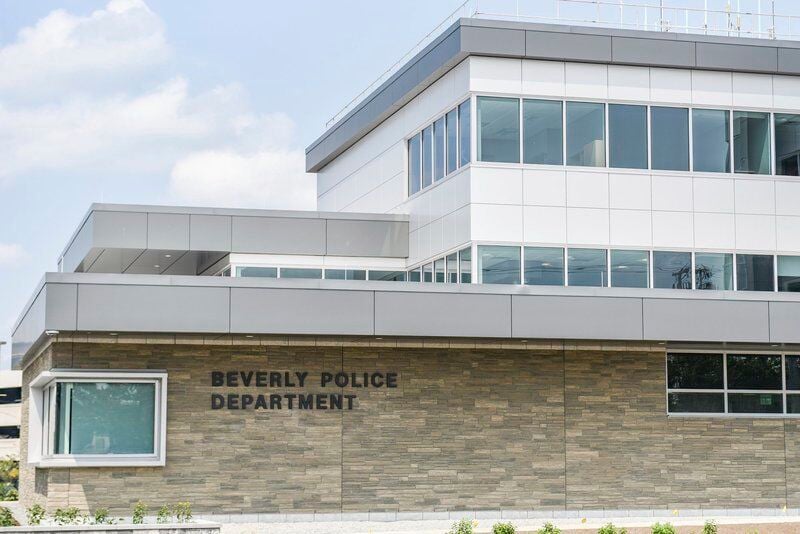 The Beverly Police Department sign is up at the new police station on Elliott Street at the Cummings Center in Beverly.JAIME CAMPOS/Staff photo

The Beverly Police Department will move into its new police station at the Cummings Center in Beverly in the near future. JAIME CAMPOS/Staff photo

The Beverly Police Department sign is up at the new police station on Elliott Street at the Cummings Center in Beverly.JAIME CAMPOS/Staff photo

BEVERLY — The move into the long-awaited new Beverly police station is about to become a reality.

Police Chief John LeLacheur said the department hopes to start moving files and equipment into the new station next week as part of a two-week "phased" move-in plan.

Construction of the $29 million station at 175 Elliot St. began in December 2019. The three-story building will more than triple the size of the city's outdated station on Cabot Street, which was built in 1938 as an annex to City Hall.

Moving a police department is more complicated than other moves, due to security concerns. LeLacheur noted that all of the new building's alarms and cameras must be operational before the move can be made. He said the evidence room cannot be moved until police can be in the building 24 hours per day, and the dispatch operation cannot be moved until it is connected with the statewide 911 system.

LeLacheur said there should be no problems with the transition when it comes to prisoners, because they are usually kept at the station for a few hours before they are released on bail or for a day before being transferred to Middleton Jail or taken to court.

All of the furniture is in the building, he said. The city will hire a moving company to move a lot of the files and records, many of which police are required to keep for a certain period of time under state law.

Officers and staff will start moving into the station in phases beginning in the first week of August. LeLacheur said the move is complicated by the fact that the Police Department is scattered in four different locations in the city due to the small size of the old station.

"We're planning it as best we can and waiting for any type of issues if there are any," he said. "Hopefully there won't be any."

LeLacheur said the city is getting close to purchasing a computerized simulator that can simulate various scenarios for use-of-force, de-escalation and active shooting training. Officers will also be able to take target practice with simulated weapons.

LeLacheur said he hopes the move will be complete in the first week of August. The city is planning to host open houses for the public on weekends possibly during September.

On Tuesday night, the Planning Board approved last-minute changes to the building's design that will allow for more parking, a larger vehicle "impoundment" area, and a solar canopy. The changes will result in asphalt on what would have been a newly installed grassy area, but LeLacheur and Mayor Mike Cahill told the Planning Board they were necessary.

Cahill said solar canopies cannot be built on grass because the state's canopy incentive program is designed to encourage use of already developed areas. The building will also have solar panels on the roof and will be cooled and heated by a geothermal system.

"In a building like that that will be operational 24 hours a day all year, the goal of making it carbon neutral is a challenge," Cahill told the board. "We brought in a solar developer and they were looking to max out the solar capabilities."

LeLacheur said moving into the new building is going to make "an incredible difference" for the Police Department.

"We're going from a building that doesn't have hot water, is too small, and being in four different buildings," he said. "Just to be able to have everybody working in the same building and being able to communicate better and have the ability to do training in the future, it's just night and day from where we are now."