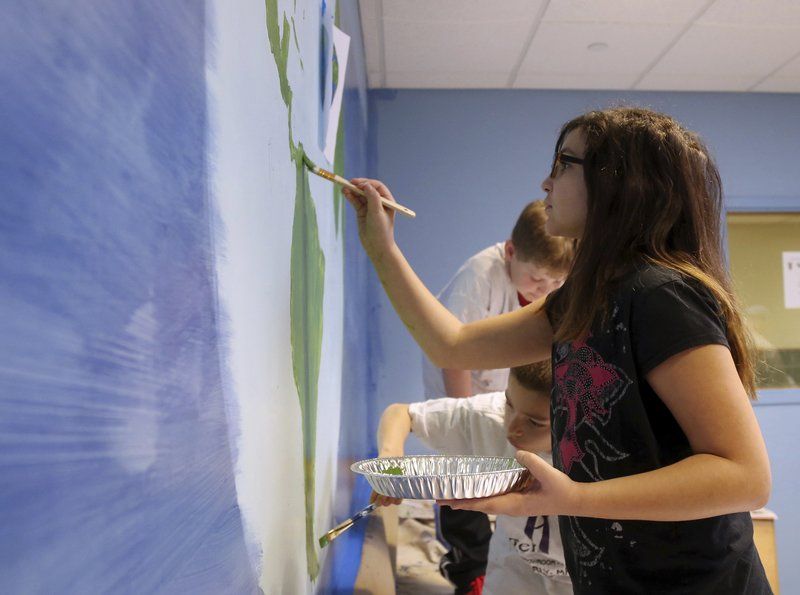 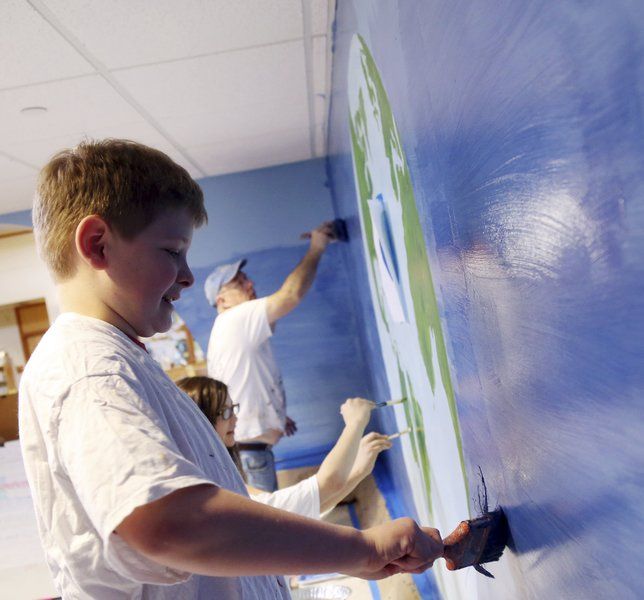 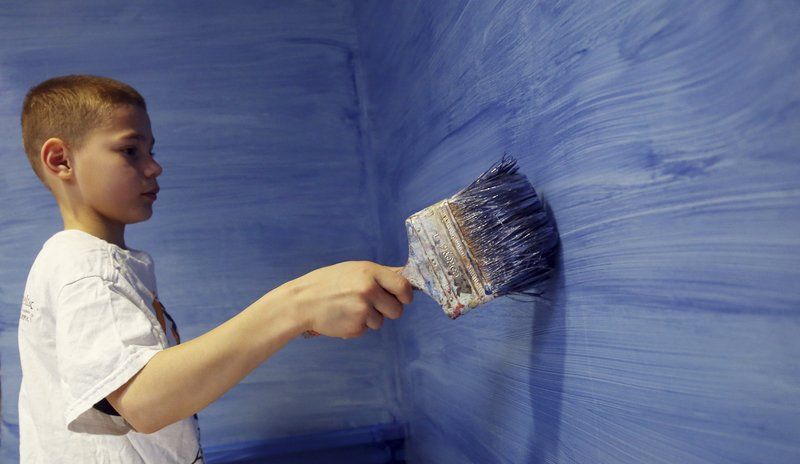 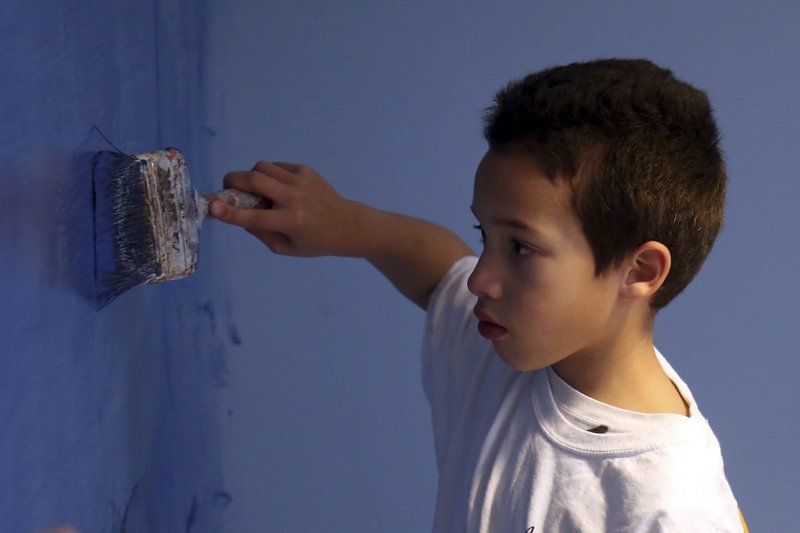 BEVERLY — Studies on climate change and art have merged at Centerville Elementary School, where fourth-graders are painting a mural in the library.

Children are taking turns, three or four at a time, going to the library once a week to add color to the beginnings of a large painting of the world on one library wall. Soon enough, each student will add a design that he or she created illustrating an aspect of climate change and how people can work to combat it.

While the painting has just begun, the school's two fourth-grade classes have been learning about climate change all year. The initiative has been part of the school's STEAM program — science, technology, engineering, math and art. The school has its own program specialist, Nikki Rupu, who put the project together.

Guiding the student's art are Philip and Maria Coleman. The couple has painted murals throughout the region.

The students' grasp of climate change and environmentally conscious practices is immediately apparent.

Elodie Lapointe said she not only designed a contribution to the mural, but has created posters encouraging fellow students to use sustainable practices, such as walking to school instead of having their parents drive them. She also said she tells her family members not to leave electronics on, such as the television, to conserve energy.

She loves the mural project.

"Tons of schools don't get to paint," she said. "We're getting hands-on (experience) to what we're doing."

Olivia Rogalski wrote a poem about climate change and most enjoyed "trying to come up with ways to stop it."

Centerville Principal Julie Smith said she's pleased with the students' progress on the mural and their interest in climate change. "You just hope that the message lasts," she said.

There are other benefits for children, such as "working as a team toward a common goal," noted Rupu. Along with the mural, students have also learned about agroponics and hydroponics — they've been growing their own food and recently had a salad made from lettuce they grew themselves.

"I love STEAM because you can teach cross-curricular," Rupu said.

Maria Coleman said murals help many to enjoy art and to work to inspire, as well, whether it's on a wall in a community or in a school for future students to look at.

"Children are like sponges; they absorb everything," she said. "They are the future."