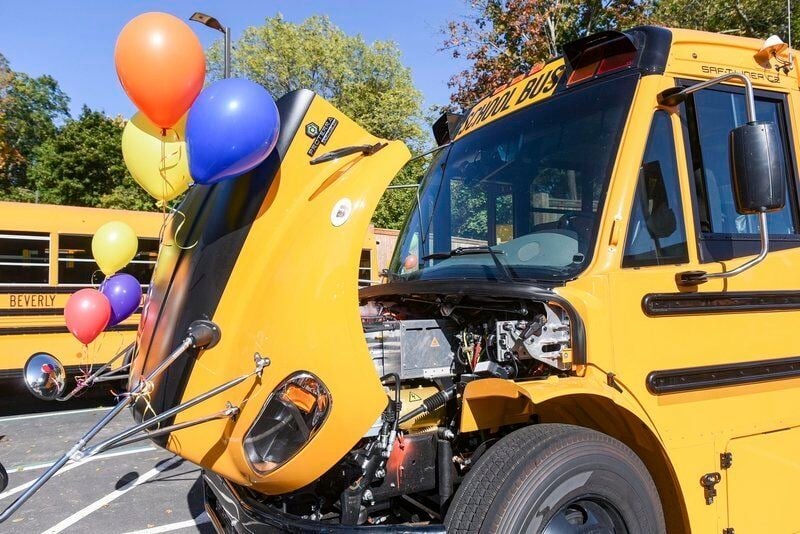 JAIME CAMPOS/Staff photoBeverly's new electric school bus looks just like the diesel-powered ones in the fleet. But a peek under the hood reveals how it's different. 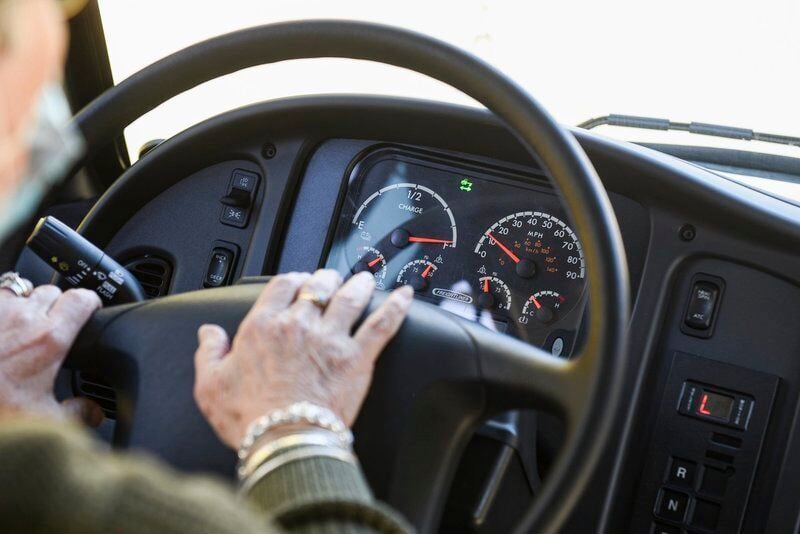 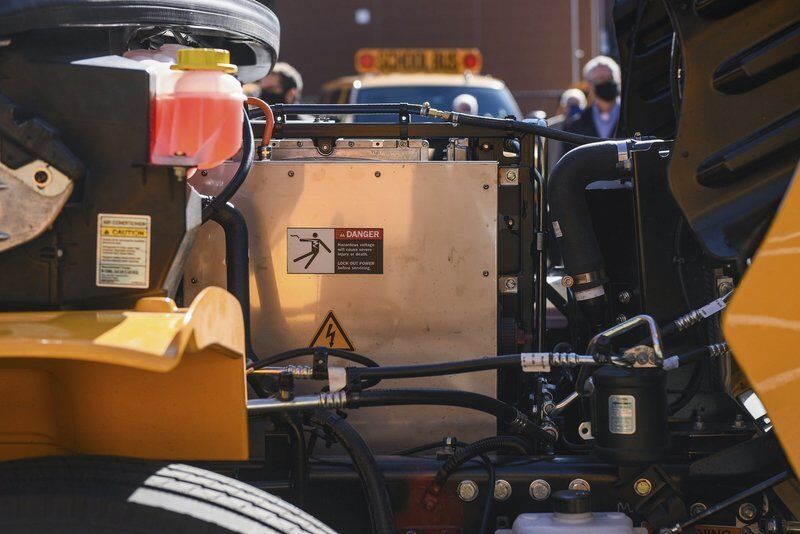 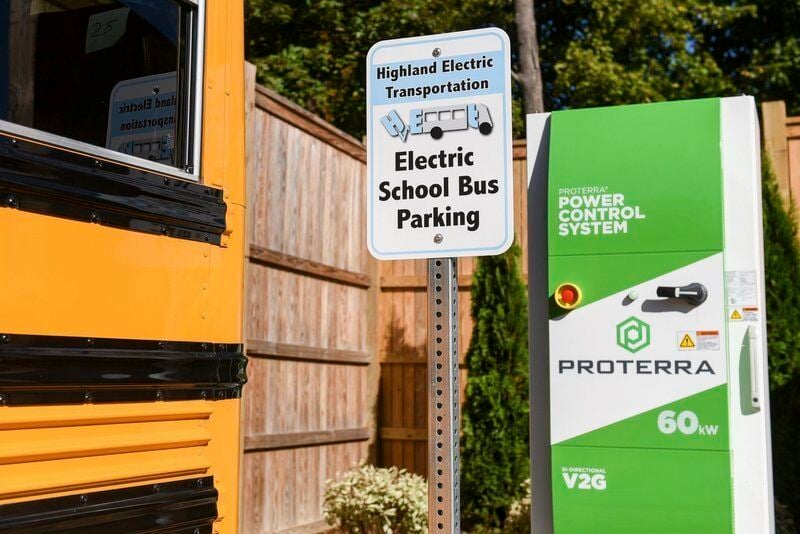 A sign at the Beverly Middle School bus depot designates the parking spot as a charging station for Beverly’s electric bus. 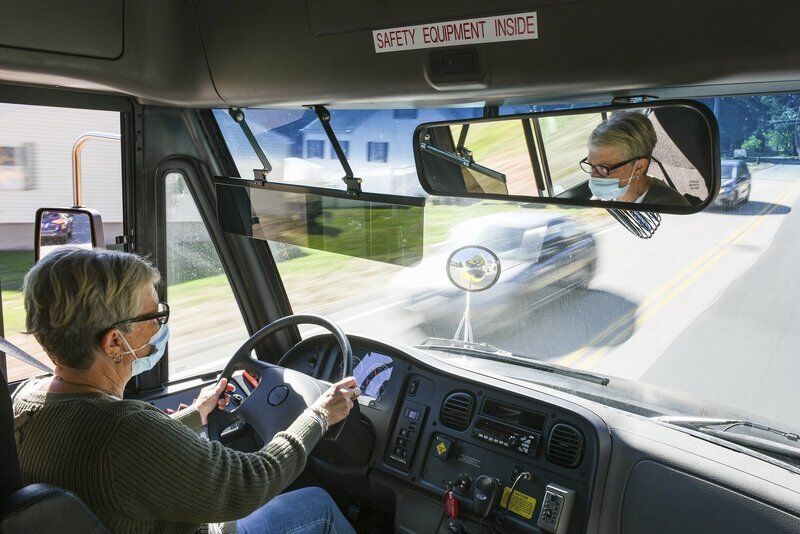 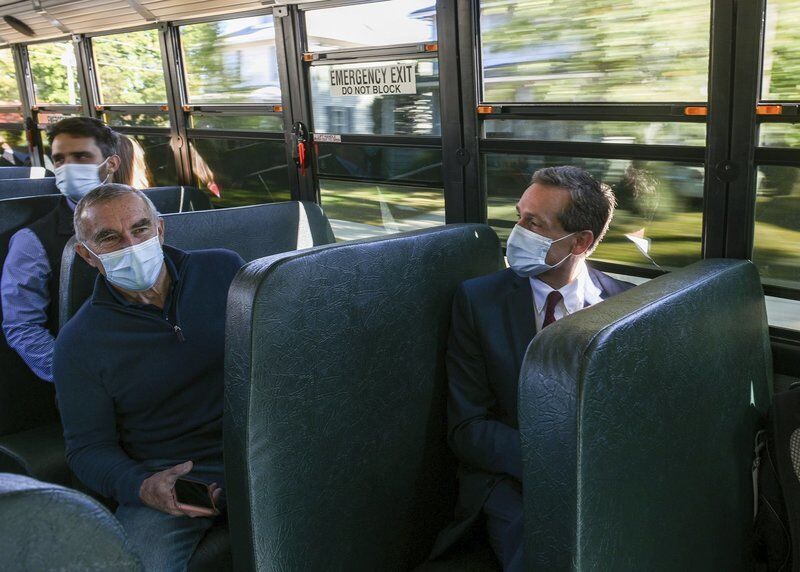 JAIME CAMPOS/Staff photoBeverly's new electric school bus looks just like the diesel-powered ones in the fleet. But a peek under the hood reveals how it's different.

A sign at the Beverly Middle School bus depot designates the parking spot as a charging station for Beverly’s electric bus.

BEVERLY — It's probably safe to say that nobody has ever made more of a fuss over a yellow school bus than the city of Beverly did on Thursday.

But this was no routine school bus. About 50 people gathered at Beverly Middle School to celebrate the arrival of the city's first electric school bus.

The vehicle looks like any other school bus on the outside, including its traditional yellow exterior. But officials hailed the battery-powered, emission-free bus as the future of school transportation in Beverly and beyond.

"We're excited that this bus is here, because it's going to give us a chance to prove it out," Mayor Mike Cahill said.

Beverly becomes only the third or fourth community in the state to have an electric school bus, according to officials. The reason they're so rare is the cost. Electric buses cost about $400,000, more than four times the cost of a diesel-powered bus.

But the city is leasing it from Highland Electric Transportation, a company in Hamilton, at a cost of $24,000 per year over five years, about the same as it would cost to lease a diesel bus. The company will even pay for the bus's "fuel" — the electricity — and be responsible for repairs.

Highland Electric CEO Duncan McIntyre said it cost about $500,000 to build the bus and its accompanying charging infrastructure, a cost that obviously will not be recouped through the city's lease payments alone. But a variety of other factors made the arrangement work, he said.

The company received a $287,936 grant from money that the state of Massachusetts received as part of a fraud case against Volkswagen, which in 2015 admitted that it secretly installed software on vehicles in an attempt to cheat state emissions tests. As part of the settlement, it agreed to establish a $3 billion trust to fund projects aimed at offsetting nitrogen oxide emissions caused by the company's actions.

McIntyre said his company will also make money off the power generated by the bus's battery when it is not in service. Highland Electric Transportation will sell that power to National Grid, which needs power supplies during peak demand times like nights and summers, when the bus will not be in service.

"National Grid is willing to pay people who have batteries," McIntyre said. "If we can send them power they'll pay us for that power."

The bus, which was built by Thomas Built Buses of North Carolina, is so quiet that it's equipped with a noise generator as a safety measure so that students realize when it is operating. It slows down automatically as soon as the driver lets up on the gas, saving wear and tear on the brakes.

"It's great," said Dana Cruikshank, the director of transportation for the Beverly Public Schools. "It's very comfortable, it's super quiet, and you don't have the fumes. It's great to really clear the air."

Cahill said the city plans to eventually convert its entire school bus fleet to electric. It has already ordered a second electric bus, which is scheduled to arrive in early 2021.

"We want this to be a first step in a whole bunch of steps to get us to total clean and renewable," he said.