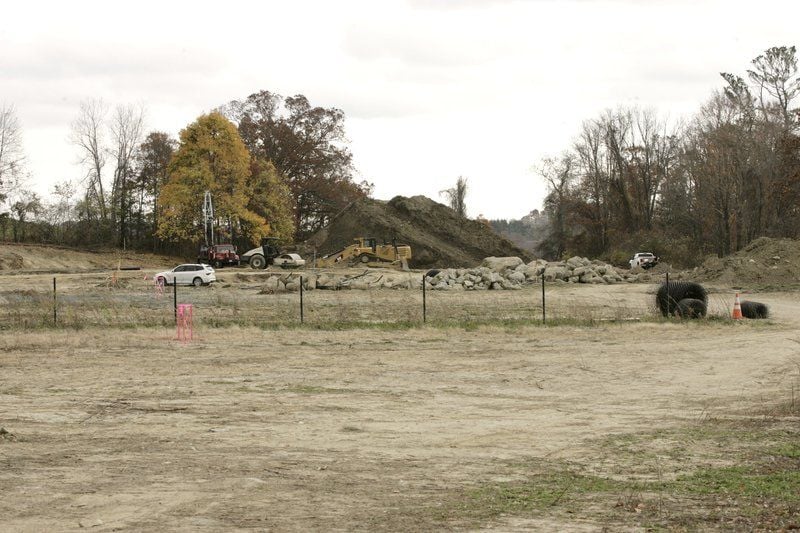 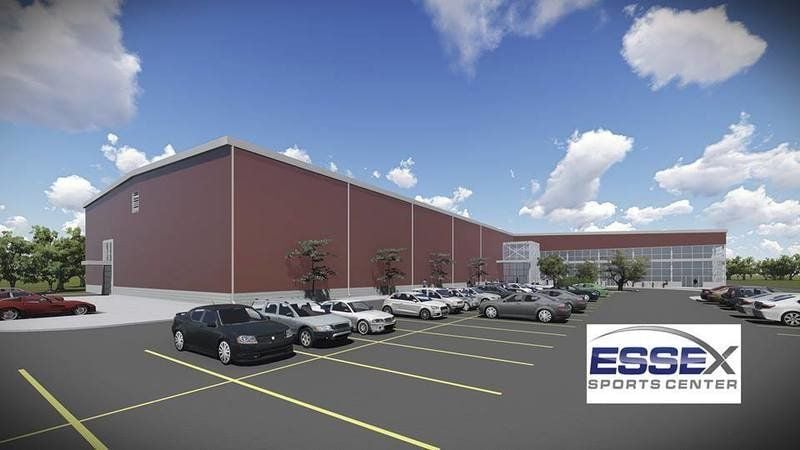 The Essex Sports Center will include two ice rinks, an indoor turf field, and an athlete training center. 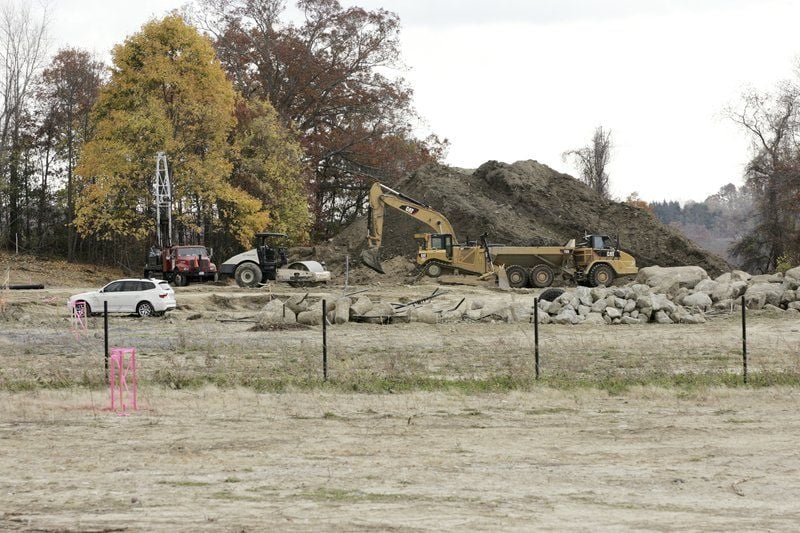 The Essex Sports Center will include two ice rinks, an indoor turf field, and an athlete training center.

Nearly two years later, construction of the $11 million facility — two ice-skating rinks, an indoor turf field, and an athlete training center — is about to begin.

But the public bidding process O'Connell alluded to never took place -- despite the "strong recommendation" of the state Inspector General to do just that to ensure "an open and fair deal" for taxpayers.

Instead, O'Connell and the school board, with the help of local legislators, worked out a no-bid deal with a private developer to build the complex. The arrangement required the passage of special legislation to exempt the project from the competitive public bidding process normally required for the sale or lease of publicly owned property.

Behind the scenes, a longtime Beacon Hill lobbyist and Essex Tech legal consultant helped to push through the legislation -- while drawing paychecks from both the school district and the developer.

O'Connell, who retired in August, said the idea of building a sports complex at Essex Tech came up two years ago when he was approached by the Edge Sports Group, a company that had built a similar complex in Bedford.

The company was looking for a location to build another facility and knew that O'Connell, who coached at Triton Regional High School for 25 years, had a hockey background.

Essex Tech was about to open its new $135 million school, the result of a merger among the Essex Agricultural and Technical Institute, North Shore Regional Vocational High School, and the vocational program at Peabody High School. The school is on the spacious grounds of the former Essex Aggie in Middleton and Danvers, and serves 1,100 students from more than 40 communities.

O'Connell said he met with Edge Sports Group and came up with the project's basic premise: The developer would build and operate the complex, pay rent to the school district for the use of the land, and give Essex Tech free use of the facility on a priority basis.

"I thought it was a great situation and I brought it to the (school) board," O'Connell said.

According to minutes of the School Committee's meeting in November 2013, O'Connell told the board of his intention to issue a request for proposals, or RFP, which is required by state law to lease state land to a private entity. The law is intended to create a public process among multiple bidders in order to achieve the best deal for the state.

But that RFP was never issued. Asked why, O'Connell said those decisions were made by the Division of Capital Asset Maintenance and Management, the state agency that oversees state-owned land.

"You're asking the wrong guy," he said. "I don't have an answer. I just know we followed whatever guidelines they gave us right from the get-go."

But a spokesman for DCAMM said the agency could not issue an RFP because the state Legislature passed a bill requiring the state to lease the land to a specific developer -- Essex Sports Center LLC.

"This legislative act specified the tenant and the terms of the lease and did not allow DCAMM to engage in any competitive process," spokesman Brendan Moss said in an email.

The legislation that authorized the state to lease the land to Essex Sports LLC was co-sponsored by Danvers state Rep. Ted Speliotis and Gloucester state Sen. Bruce Tarr.

In June 2014, Inspector General Glenn Cunha wrote a letter to local legislators strongly recommending an "advertised competition" for the project rather than special legislation with a named developer.

"In general, this Office strongly supports the principle that dispositions of publicly-owned property, including leases, should be handled through an advertised competition, which guarantees accountability and protects the taxpayers' interest in an open and fair deal," Cunha wrote.

Cunha said those taxpayer protections are especially needed when the lease includes a construction component, as is the case with the sports complex.

Legislators ignored that recommendation. Two months later, the bill authorizing a lease with Essex Sports Center -- tucked into a state spending bill that included hundreds of other projects -- became law.

Speliotis, the host state representative for Essex Tech, said he was not concerned about going through a public bidding process because there were no other developers willing to build the sports facility.

"The RFP process is to make sure you're not giving a special deal to someone in a marketplace where someone else doesn't have an opportunity," he said. "There wasn't any market for this. I'm confident today that if we could put it out to bid, we're not going to get any bidders."

One of the key people behind the passage of the special legislation was Jack McGlynn, a Salem-based attorney and lobbyist who also works as outside counsel to Essex Tech.

McGlynn played a significant role in guiding the legislation that created Essex Tech. According to state records, the North Shore Regional Vocational School District paid McGlynn $217,000 as a lobbyist from 2005 to 2010 while the merger was being developed.

A state law pushed by then-Gov. Deval Patrick eventually banned the practice of state entities hiring outside lobbyists. McGlynn, however, continued to work for the school district as legal counsel on matters such as health care, pensions, and the sports complex plan.

McGlynn has been paid approximately $24,000 over the last two years by Essex Tech for his advice on the sports complex and other issues, according to the school district. In 2014, he landed another employer regarding the project -- Essex Sports Center LLC.

According to state records, the company hired McGlynn on Feb. 14, 2014, to lobby for passage of the legislation that would specify Essex Sports Center as the developer. Ten days later, O'Connell and McGlynn hosted a meeting for local legislators at Essex Tech to introduce the developer, Brian DeVellis of Edge Sports Group, and explain the project.

Two weeks after that, Speliotis and Tarr filed the bill, "An Act authorizing for the lease of property at Essex North Shore Agricultural and Technical School."

According to state records, Essex Sports Center paid McGlynn $25,000 for his lobbying efforts. McGlynn said he saw no conflict in working for the developer and Essex Tech because they were both looking to achieve the same goal.

"There was a common purpose here," he said. "There were no adversaries."

McGlynn has also been regular contributor to the campaigns of local legislators. Speliotis said McGlynn has contributed to every fundraiser he has held since he was elected in 1997.

"It doesn't matter to me," Speliotis said of McGlynn's influence. "You do the right thing."

As for who gets to use the sports complex, and when, those details have yet to be determined. The lease agreement between the state and the developer are still being negotiated.

The legislation guarantees free use of the ice rinks and turf field for the school's physical education classes and its teams' practices and games. But School Committee Chairman Melissa Teixeira of Gloucester said the the cost of the free use for Essex Tech students will be deducted from the developer's lease payments. When it's all added up, the developer "very likely" will not have to make any lease payments, she said.

Cunha, the inspector general, also recommended that other schools and groups be given priority ice and field time "in order to ensure that the general public benefits from the lease of public land to a name party." But that language never made it into the final bill.

Speliotis said he fought to include priority time for other groups in the legislation but was unsuccessful.

"I would've felt more comfortable seeing that in writing," he said. "I've been told 'Don't worry,' but I do worry."

DeVellis, the developer, said he plans to offer discounted ice times to the towns of Danvers and Middleton.

DeVellis said he has letters of intent from at least a dozen private groups that want to use the facility. The 111,000-square foot complex, which will include 300 parking spaces, will be built on about six acres on the side of school property near the Middleton Jail. DeVellis said he hopes to open in time for the 2016 hockey season.

"In a true public-private partnership, we're a recreational center for the towns, so the towns don't have to extend the $15 million to build something," DeVellis said. "I think it's a good model."

Teixeira, the School Committee chairwoman, has been given authority by the committee to sign the lease on behalf of the school district. She said the complex will benefit the district and its students. But she acknowledged that the process used to get there was less than ideal.

"We had trust and confidence in our superintendent that he was giving us all the information," she said. "The School Committee probably should've known a lot of things, but we didn't."

As the newly elected chairwoman of the committee, Teixeira said she is working to improve transparency in the wake of O'Connell's retirement.

"I agree completely that there has to be more openness with all the issues of the School Committee," she said. "There's no doubt."

Read the Inspector General's "strong recommendation" for a public bidding process in the creation of a sports center at the new Essex Tech school.

MIDDLETON — The mayors of Salem, Peabody and Beverly are asking for their voices to be heard in the controversial plan to build a sports compl…