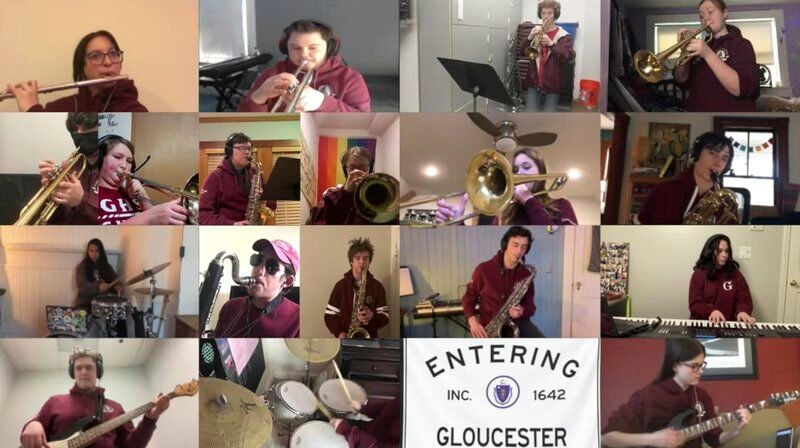 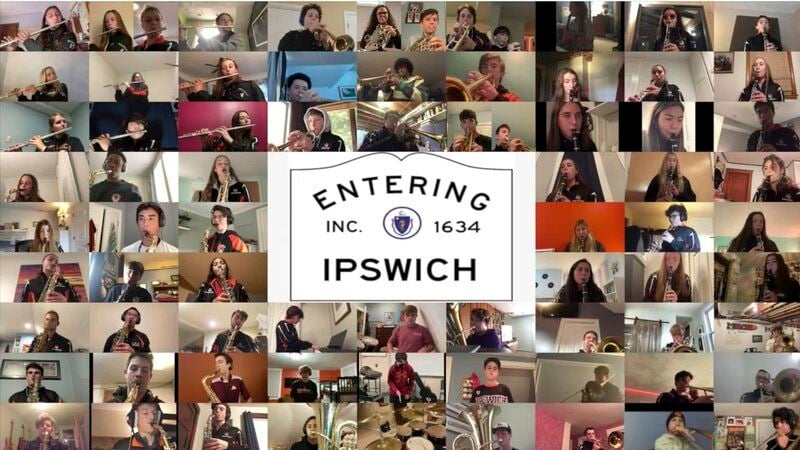 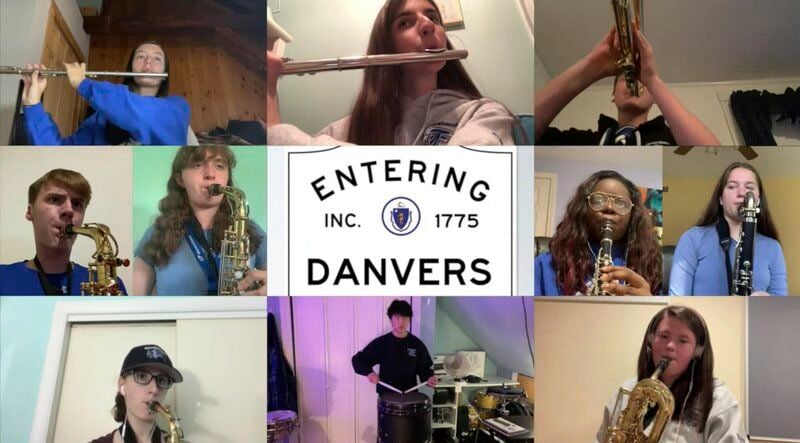 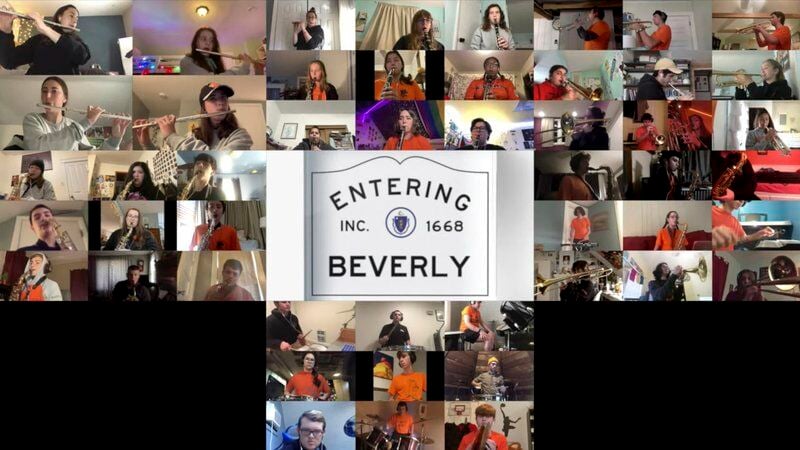 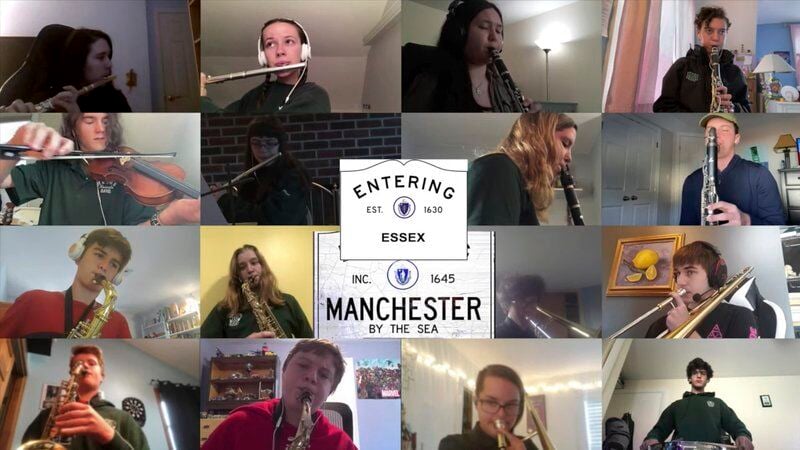 More than 240 student musicians from 10 North Shore high schools teamed up in he fall for a virtual performance of Dropkick Murphys' “I'm Shipping Up to Boston.”

Jeff Daniels, the band director at Danvers High, said he was inspired after seeing how much his students missed the community and connection which is typically associated with high school band.

“We've been in a hybrid since September,” he said, explaining that he was looking for ways to reintroduce the social component of high school band to his students. “So I've at least been seeing the kids once a week in small groups, but in the fall we didn't do too much.”

Early in the school year, Daniels reached out to a few of his fellow band directors on the North Shore, according to Ipswich Band Director Sean Lee.

“He said, ‘this might be a crazy idea, but what if we tried to do a virtual video with all our schools?’” Lee recalled. “We debated what we should do for a while and ended up choosing ‘Shipping Up to Boston’ because it's a tune everyone knows.”

Kevin Goddu, the band director in Marblehead, said some of the local band directors had been throwing around the idea of collaborating for over a year.

“We thought about a big concert or something like that, so when the pandemic hit we were still chomping at the bit to do something where we could get our communities to connect,” he said, adding that his students were also enthusiastic about the idea. “This just seemed like the perfect thing to be able to do.”

Goddu said the band directors made sure they had the same arrangement of the song, and then each student individually recorded themselves playing it.

“I had a part in making a click track for the kids to listen to,” Goddu said. “They put on some headphones, played along with the track and took a video. All of those got sent to the band director in Ipswich.”

The band directors said Lee stepped up and played an important role in stitching all the separate sounds together and crafting the video.

“The editing isn't a terribly difficult process,” he said, adding that he had no problem taking on the task. “You can come across your bugs, but it's more just tedious. There is always the anxiety that you might forget a kid, and it definitely put a strain on my laptop. My laptop was making a lot of strange noises.”

The final product featured footage from each student’s recording and drone footage from across the North Shore.

“I thought it turned out absolutely fantastic,” Goddu said about the video. “It was way better than what I could have imagined.”

Daniels said he was blown away by the video. Seeing the final product, he said, validated why he reached out about the idea in the first place.

“The biggest thing for me was giving something the kids will look forward to,” he said. “They've had a lot taken from them this year at school: all their extracurriculars and sports. They are slowly coming back, but a lot of kids join band, or any performing art for that matter, to perform for people, and since we weren't able to do that, my goal was to give them something to look forward to and a chance to perform in a new way.”

Daniels said he thinks many band directors were trying to find ways to keep their students' morale up despite the whirlwind of the past year.

“It's been tough on all band programs, not just in Massachusetts, but everywhere,” he said. “We're a performing arts group. We preform. That's what we do, and we haven't been able to do that in almost a year. It's not the same. The joy and the thrill you get playing isn't the same when you can only have eight people in a room. It takes away the excitement of it.”

Daniels said he believes collaborating with the other districts for the virtual performance helped the kids find new community and fostered excitement about band.

“The more the kids can be connected and engaged like this, the more they will be apt to continue with it,” he said. “I’m so excited that my crazy little idea came to fruition and that Sean was able to put it all together.”