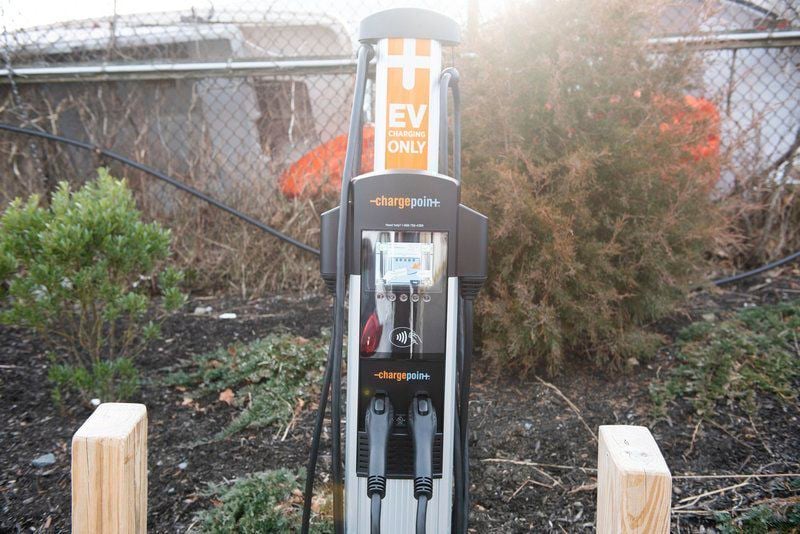 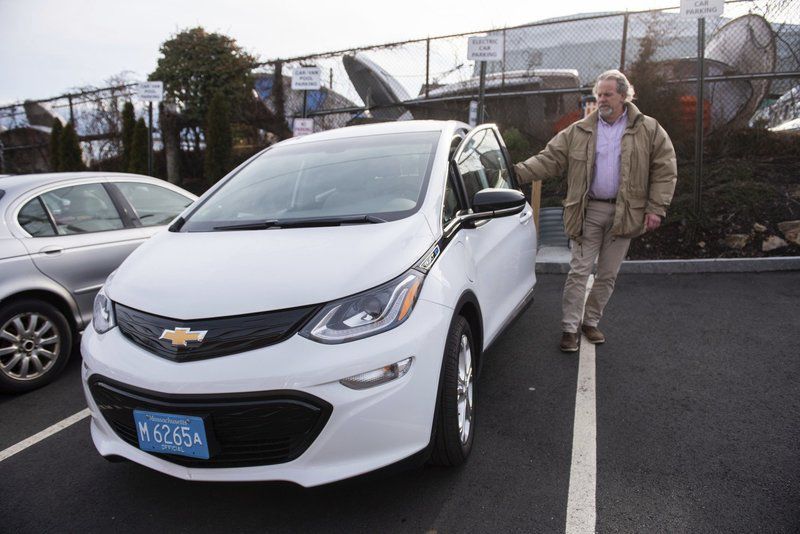 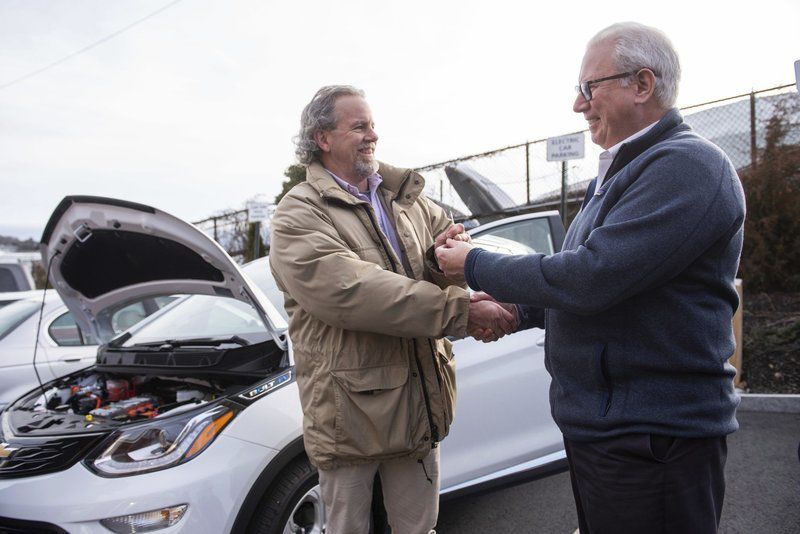 MARBLEHEAD — Marblehead Municipal Electric Light Department on Tuesday handed over the keys to a new 2019 Chevrolet Bolt EV to town officials, the first electric vehicle in the town's fleet.

Joseph Kowalik, the light department's general manager, said the building inspector will use the electric car on his rounds.

The car will also help the town reduce its carbon footprint, he said. The ceremony was held at the light plant's headquarters at Commercial St.

According to its website, the Bolt EV can go 238 miles on a full charge.

The department had created an account for "strategic electrification initiatives," like this car purchase. The dealership, Quirk Chevrolet, also provided an incentive payment to purchase the car to offset the cost, Kowalik said.

While not all locations have been determined, charging stations are set to be installed at the Mary A. Alley Municipal Building on Widger Road, the Marblehead Community Center on Humphrey Street, the parking lot at Roundhouse Road and in the Devereaux Beach area. Other stations will be hosted by town organizations.

The cost to charge a car is the basic electric rate plus a 10% handling fee charged by ChargePoint, Kowalik said.

Also on Tuesday, the Danvers Electric Division, announced it had been awarded $25,000 from the MassEVIP to install Level 2 ChargePoint stations for those with electric cars to be able to charge their vehicles. Current charging stations are located in the Hobart Street, and Holten and Elm streets parking lot.

The stations will fully charge an electric vehicle within five to six hours. Those with electric car can use the ChargePoint smartphone app or its  website to locate a charging station.

EV drivers register with ChargePoint.com and pay directly through the app. Cars will be charged a fee to recover service and maintenance costs. A flat fee of $1.25 an hour has been set for both Level 2 charging stations in Danvers.

Danvers Electric also has a Bolt EV for town employee use, according to Department of Public Works Program Coordinator Gail Bernard.