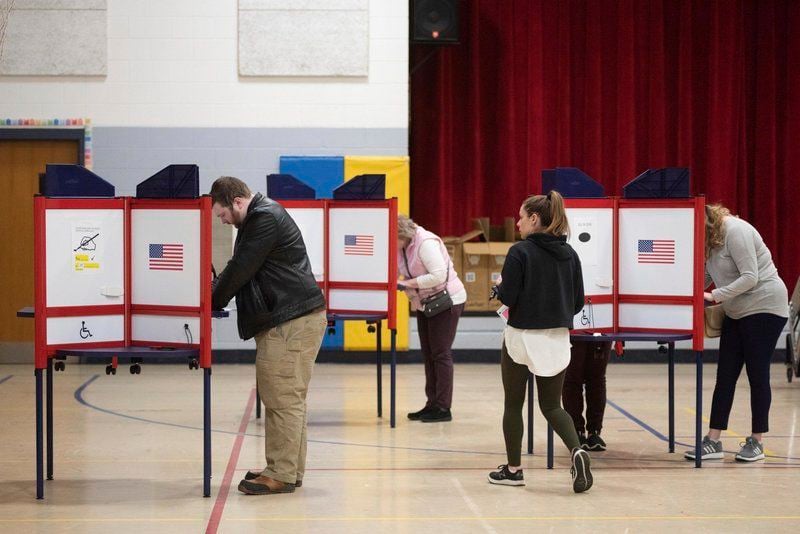 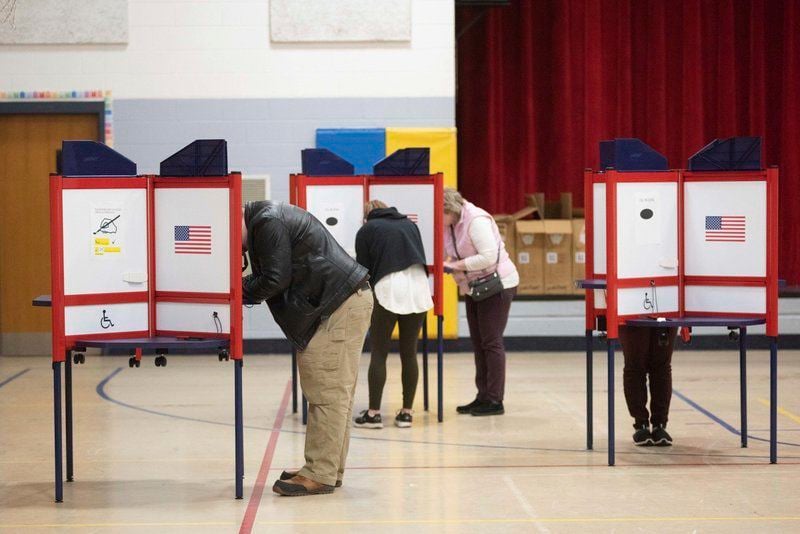 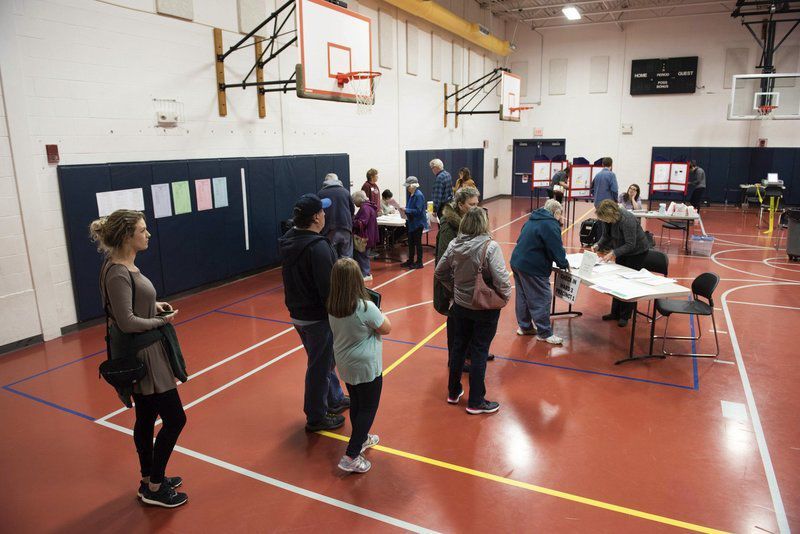 Beverly residents sign in to get ballots at McKeown School. Voters headed to the polls on Super Tuesday to decide the presidential primaries.RYAN MCBRIDE/Staff photo 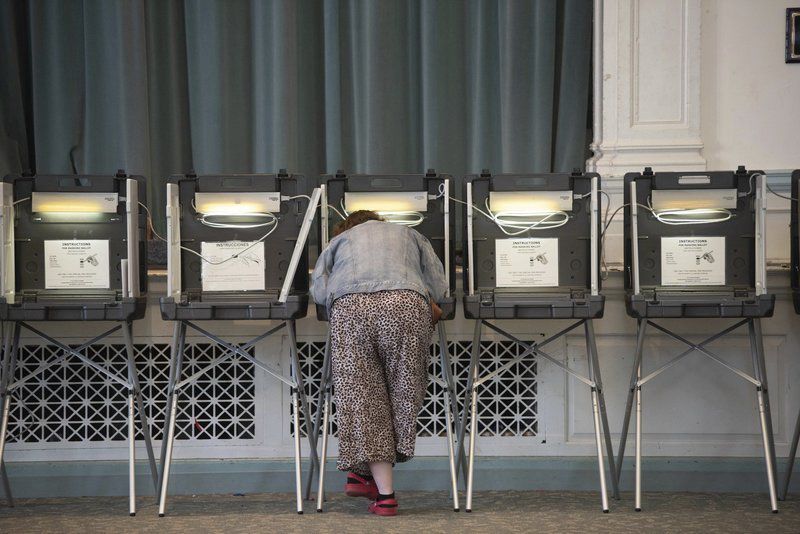 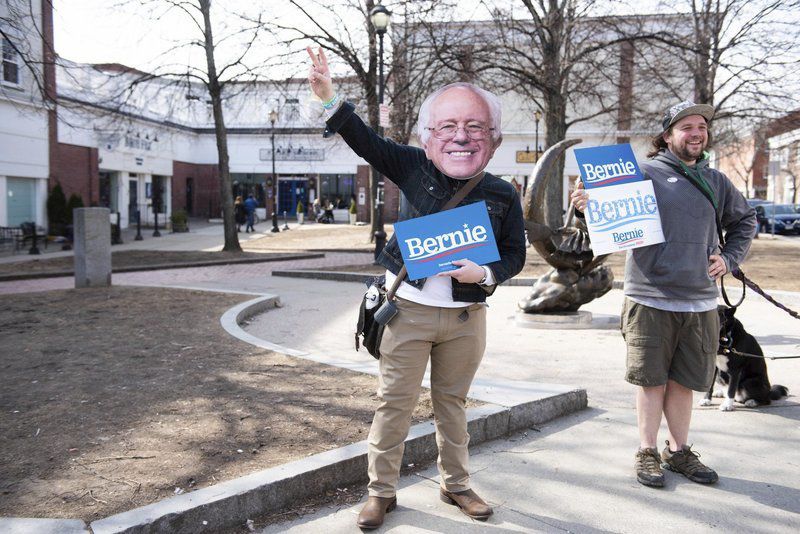 Beverly residents sign in to get ballots at McKeown School. Voters headed to the polls on Super Tuesday to decide the presidential primaries.RYAN MCBRIDE/Staff photo

SALEM — The Democratic presidential primary has proven to be a slug-fest for the Democratic party, and it showed at the polls Tuesday.

"They're going against Bernie," said Peabody voter Sabrina Gale, who said she cast a ballot for the Vermont senator. "The establishment is scared. I think they're throwing everything they can to build up the establishment candidate."

Standing with his daughter Erin, Michael Melin added that the recent surge of support for Vice President Joe Biden over the weekend helped determine his choice.

"I voted for him just because of that," Melin said.

Turnout was strong in communities reporting numbers on press deadline. Salem was reporting a 35-percent turnout at 6 p.m., while Beverly was showing 38 percent.

"It was very steady all day, saw a lot of people walking. It was so nice out at the polls," said Salem City Clerk Ilene Simons. "Of course, we always strive for more."

The warring candidates was likely a major part of the strong turnout, according to Lisa Kent, interim city clerk in Beverly.

"There's been a lot on TV, and I think that brings a lot of people out — a lot of talk," Kent said. "Everybody had an opinion."

Sometimes, that opinion worked against candidates. Just ask Republican voters — some who have started to ignore the campaign trail combat, like Peabody resident William Klemczuk.

"It's a clown show over there," Klemczuk said, "and their policy is just ridiculous."

"Unfortunately, I just think it's all for naught," said Peabody resident Matt Smith. "They're just beating each other up."

Worth noting — Smith didn't cast a ballot for Trump, who was on the Republican ballot after all.

"I went 'no preference,'" he said. "I voted today more so I could keep on the super-vote ballot."

Kathleen Minette, also a Peabody voter, cast a ballot against Trump with her support for past Massachusetts Gov. Bill Weld.

"I voted for Donald Trump the last election, but he has kind of embarrassed the country," Minette said. "They need to take his Twitter account away from him."

Others remembered the 2016 election season when casting ballots. That led Gale to support Sanders, she explained.

"He got robbed in 2016, and it's his time," she said. "They say the country isn't ready for a revolution. I strongly disagree."

In fact, Sanders — who polled exceeding well locally — was the subject of a social media-based effort to get sign holders out on election day. That brought Michael DeFiore, of Salem, to wear a giant Sanders head and wave in front of the Samantha statue in downtown Salem on Tuesday.

"There's a Facebook group for volunteers in the Salem area, and I'm part of that," DeFiore said. "I'd be surprised to find someone out here holding signs to vote for Joe Biden. Salem is a diverse and young town, and that's where Bernie thrives."

Beverly resident Chris Carpenter didn't have a giant Sanders mask to turn heads, but he brought a sign to Lappin Park nonetheless.

"He's a candidate that I really believe in," Carpenter said, "and out of all the people in the field, he's the most honest person."

Speaking by the Ward 2 polling place a few blocks away, Linda Tull said her supporting Sanders in Sen. Elizabeth Warren's home state was not a slight at the local candidate. She commented with the nearby support of Jerry Judge, also a Salem resident.

"Don't think we don't like her. I really do," Tull said. "I just want her as Attorney General. I don't want her as president."

Part of that, Tull said, is because of what would happen if Warren won the presidency and Senate at the same time.

"If she becomes president or whatever, we're going to get a Republican senator," Tull said. "And that's the last thing we need. We need more Democratic senators."

"It's hard to say. But I think overall, she's just the best of the group," Sullivan said. "She's probably the most stable candidate on the list."

BOSTON — Joe Biden pulled off an unexpected upset in the Massachusetts Democratic primary on Tuesday, edging out Elizabeth Warren and Bernie S…