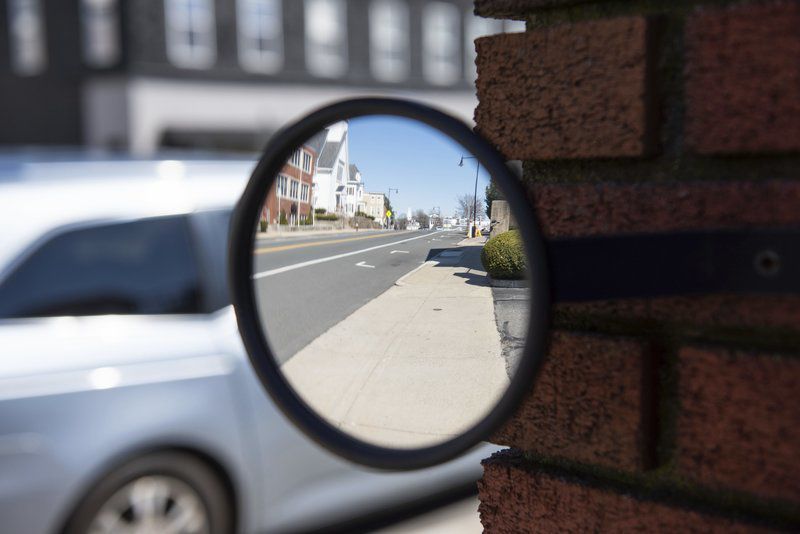 Swampscott was noticeably quieter on Humphrey Street Thursday afternoon after the town adopted in a stay-at-home order. RYAN MCBRIDE/Staff photo 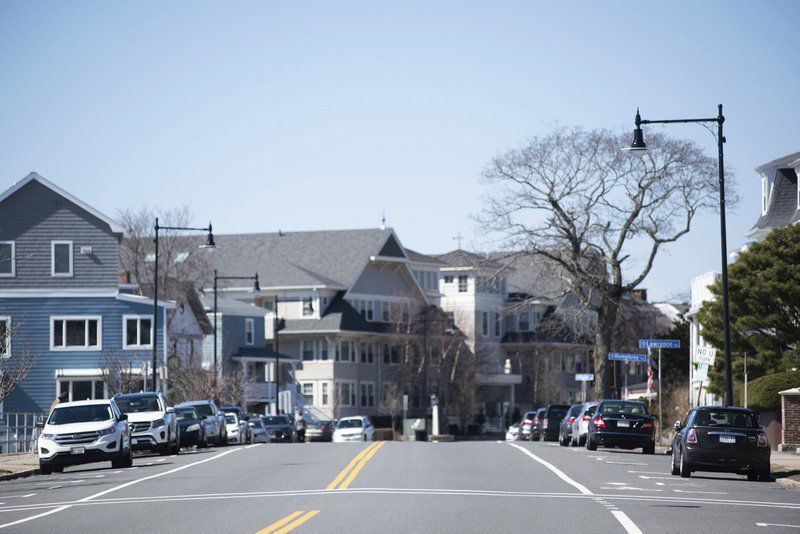 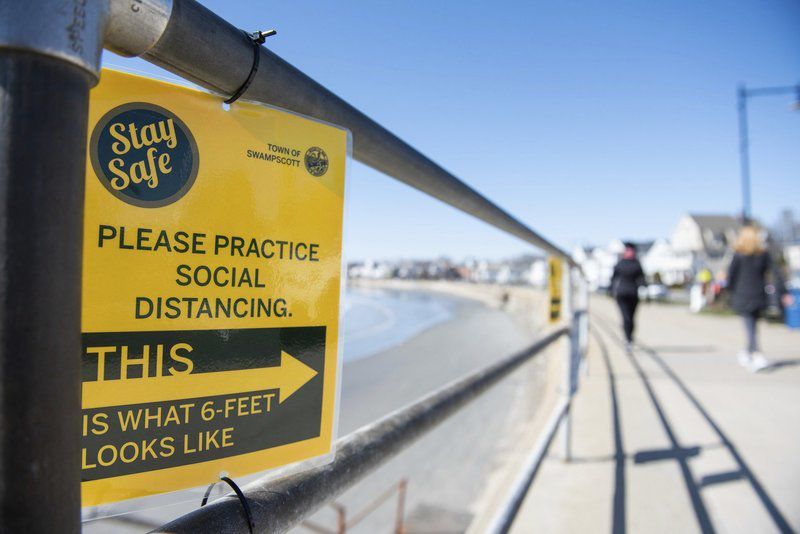 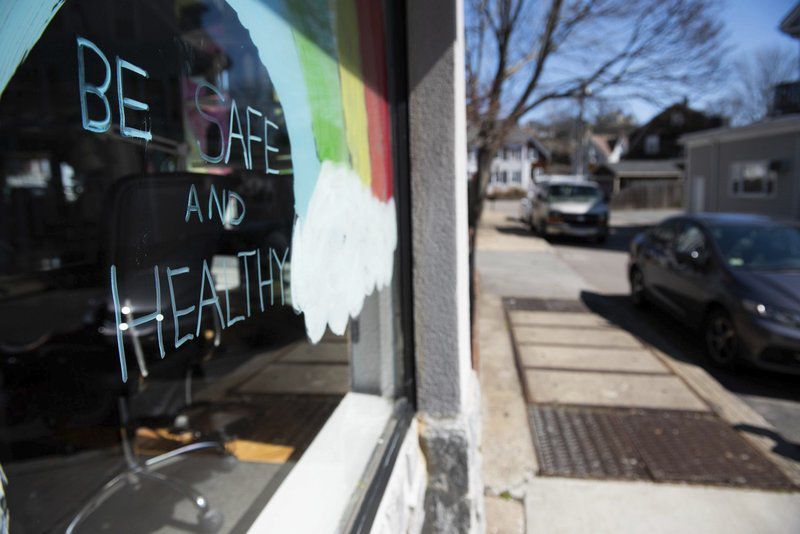 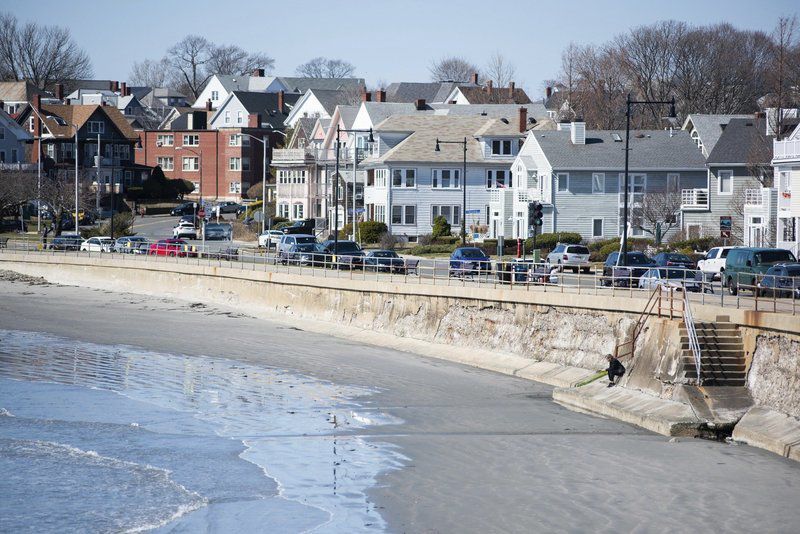 A person enjoys the weather on Kings Beach, maintaining an acceptable social distance. Swampscott was noticeably quieter Thursday afternoon after the town voted in a Stay at Home order. RYAN MCBRIDE/Staff photo 3/26/20

Swampscott was noticeably quieter on Humphrey Street Thursday afternoon after the town adopted in a stay-at-home order. RYAN MCBRIDE/Staff photo

A person enjoys the weather on Kings Beach, maintaining an acceptable social distance. Swampscott was noticeably quieter Thursday afternoon after the town voted in a Stay at Home order. RYAN MCBRIDE/Staff photo 3/26/20

SWAMPSCOTT— The Select Board and Board of Health Wednesday night voted for a stay-at-home order for the town to hammer home the message for people to "self-isolate" to slow the spread of COVID-19.

"It's important for people to understand it is not a lockdown," said Town Administrator Sean Fitzgerald on Thursday morning.

The order still allows for walking the beach, outdoor exercise, cycling, running errands, walking the dog, grocery or pharmacy shopping, caring for loved ones, going to the doctor's office, gasing up, getting supplies to work from home and doing essential work, while complying with social distancing requirements.

There are now four cases of COVID-19 in town, up from one a week ago. It's expected the number of cases could double every two to three days, Fitzgerald said.

The order, which went into effect on Thursday at noon and runs through Sunday, May 3, was approved unanimously after a 2 1/2-hour virtual public meeting Wednesday night with participants dispersed in various locations using the Zoom video conference app. Fitzgerald said 65 people participated.

Swampscott, which is Baker's hometown, is one of the few Massachusetts cities and towns to make stay at home mandatory. The other two towns that have done this are Provincetown and Nantucket, Fitzgerald said.

Fitzgerald said Swampscott is the fifth most densely populated town in the state, with 15,000 people living within its 3 square miles. Nearly 19% of the town's population is age 65 and above, according to the U.S. Census Bureau, and COVID-19 has proven especially virulent among older people.

The order directs "all individuals living in the town of Swampscott to stay at their place of residence except that they may leave to provide or receive certain essential services or engage in certain essential activities and work for essential businesses and governmental services." It prohibits "all non-essential gatherings of any number of individuals." This does not apply to household members.

Residents could face fines of up to $1,000 for failing to comply with the order, but Fitzgerald said the order is more about education than it is about enforcement. The order also requires people to stay at least six-feet apart when outside.

The issue is the Board of Health believes there are many cases of COVID-19 in town that have gone undetected because of the days-long lag time between when someone is infected and symptoms appear.

"We are seeing a lot of mindful and responsible behavior," Fitzgerald said.

The order goes a step beyond Gov. Baker's directing the state Department of Public Health to issue a stay-at-home advisory earlier this week while also issuing an emergency order for nonessential businesses to stop doing business temporarily until April 7.

"I really appreciate Gov. Baker's leadership on this," said Fitzgerald, who said Baker has taken steps to keep people safe. He said the order is compliments Baker's position.

Danvers, which announced its first case of COVID-19 on March 21, had 17 confirmed and presumptive cases as of Thursday at 3 p.m., up from 2 on Monday, according to the town's website.

Town Manager Steve Bartha said the topic of a mandatory stay-at-home order has been discussed in calls with the Massachusetts Municipal Association and the Metropolitan Area Planning Council and discussions with mayors and town leaders.

"At this point we are aligned with the governor's position and we are not going beyond what the governor has ordered," Bartha said.

Salem also does not appear to be moving toward a mandatory order in the near future.

"At this time the city is following the governor's directive," said Dominick Pangallo, chief of staff to Mayor Kim Driscoll. "To be effective in slowing the spread of the virus efforts like this need to be based on a consistent and unified effort across municipalities. If there is additional measures or standards applied at the state level to all cities and towns Salem will comply with those."

Beverly Mayor Michael Cahill said the city has been "repeatedly delivering the message that social distancing is absolutely essential," and that it is also important that people can get outside, walk, jog and bike and get some fresh air, something that can be done while keeping someone else at a distance.

"People in Beverly are paying attention and doing their part to slow and prevent the spread of this virus. We are not now considering a shelter in place," Cahill said.

"We are not headed in that direction right now," Peabody Mayor Ted Bettencourt said.

Peabody announced Thursday the number of COVID-19 cases in the city has risen to 14 and that all those with confirmed cases have been contacted by the city's public health nurse with instructions on how to stay isolated.

Health Director Sharon Cameron said there is a hopeful sign that all the social distancing may be paying off. The public health nurses are reporting that most of the new cases are those who have became infectious while at home, because work and school has been closed.

"The circle of contacts is getting smaller," she said. However, she cautioned, this was not the time for people to have a false sense of security, and that people should continue to take precautions against the spread of the virus.