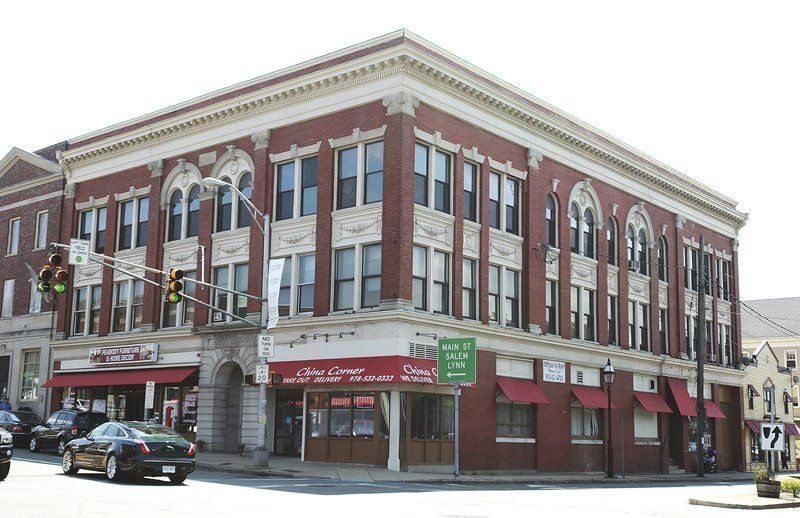 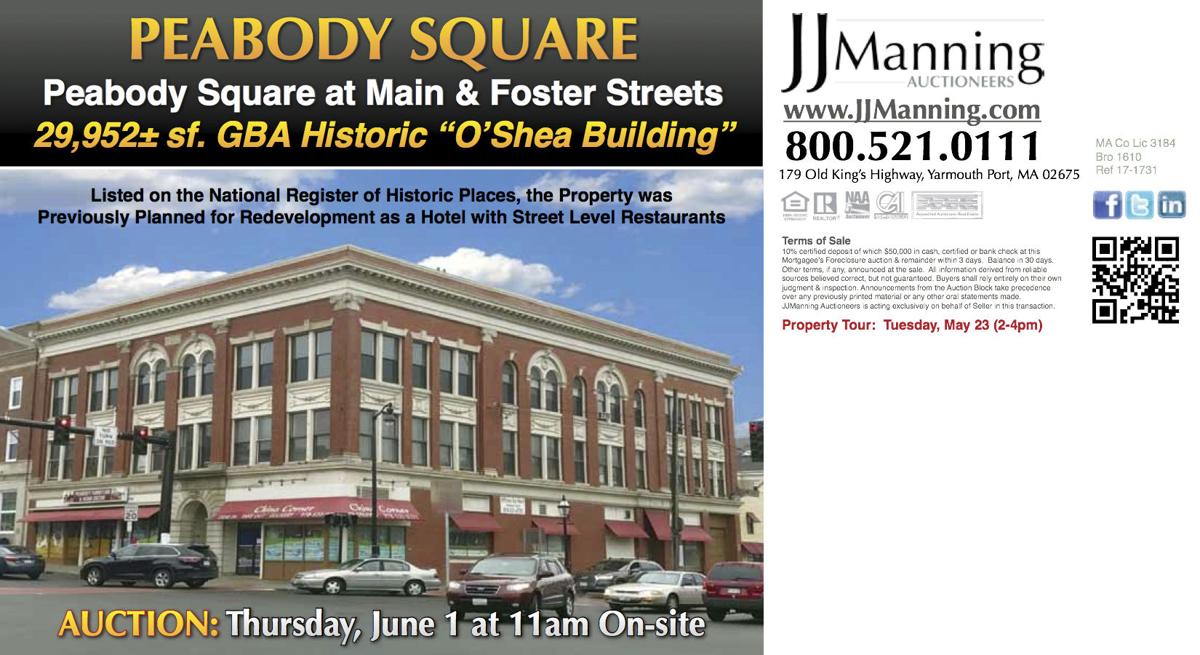 PEABODY — Plans to convert a historic commercial building into a boutique hotel in Peabody Square have apparently ended in financial straits for local developer Dan Bandar.

The property, known as the O'Shea building, will be auctioned off Thursday as a foreclosure by the bank that holds the mortgage for 9 Main St. Bandar Development didn't respond to a request for comment Wednesday.

Bandar, a Middleton builder, bought the property for $1 million in August 2013, as 407 Squire Road LLC, from Angela Karavolas as a trustee of Square Two Realty Trust. He planned to create a high-end boutique hotel with an upscale restaurant there.

In interviews at the time, Bandar cited renewed interest and enthusiasm from investors at partnering with Mayor Ted Bettencourt in his vision to revitalize downtown Peabody. The building, a cornerstone of the square, had been underutilized for years.

He worked with the existing tenants — which included China Corner, George's Barbershoppe and a furniture store — to close out their leases and empty the building. Some interior work was conducted early on as Bandar tried to secure financial backers for the project.

The 64-room hotel, which only made it to a conceptual stage, was projected to cost $10 million. At one point, Bandar also floated a proposal for the Foster Street parking lot across the street, to build a three-story structure housing a cafe, parking garage and apartments above.

The city was willing to invest in the beginning, first with a business loan to help finance the purchase, then by securing a liquor license through special legislation for the property.

But as time passed, it seemed unlikely a hotel would ever happen at the O'Shea property.

In 2015, Bettencourt told The Salem News that Bandar was dropping the hotel concept in favor of residential apartments on the top floors but still with a restaurant on the ground floor.

Reflecting on the hotel pitch, Bettencourt said, "I don't think that was something we were ever seriously considering for that location."

According to city leaders, the main obstacle for Bandar was attracting investors.

"Hotels are kind of a risky investment for banks," said Deanne Healey, executive director of the Peabody Area Chamber of Commerce, adding that's especially true of boutique hotels without a large hospitality chain behind them.

She also noted whoever buys the building has some major renovations to do to bring it up to code. It's uninhabitable right now.

"The building has been deteriorating for decades," Bettencourt said. On top of that, a burst pipe a couple of years ago wreaked further damage to the interior.

But they both see potential for the O'Shea building; it just needs the right owner with the capital on hand to fix it up and find the right mix of tenants.

"I think there's real value to that building," said Bettencourt. "It has some charm, it's in a great location... I probably have had a dozen developers in the last few years inquiring (about it)."

A listing by JJ Manning Auctioneers states the auction will be held Thursday at 11 a.m. at 9 Main St. The terms of sale include a 10 percent deposit with $50,000 down the day of and the rest within three days.

The listing notes the property was envisioned for a hotel and is currently vacant with about 30,000 square feet of usable space. The three-story structure, which was built around 1906, is also on the National Register of Historic Places. The listing even states the property is in a FEMA flood zone.

Bettencourt said the city has been in touch with the bank since the foreclosure process began in April. He said he or Community Development Director Curt Bellavance will attend the auction.

News of the auction didn't generate much surprise from city councilors last week. Anne Manning-Martin raised the issue with her colleagues Thursday, asking for a legal opinion on whether the city would get its $250,000 back.

Bandar received a Community Development Authority loan from the city in 2013, which covered the down payment. The money is distributed from a federal community development block grant.

Up until last October, Bandar was making regular payments to the city, leaving a balance of about $220,000, Bettencourt said Wednesday. He said the property's value and likely interest from buyers will cover both the mortgage and the city's loan.

According to deed records, the mortgage was $750,000 following the sale to Bandar, but no updated records were available on the Registry of Deeds website. There is also a third lien holder for a sum of $78,000. Deed records also show a foreclosure notice for a home Bandar owns in Middleton.

"At this point, I don't see this as terrible news," said city councilor and state Rep. Tom Walsh on Wednesday. "My hope is that with a new owner someone will put money in the property and will enhance the downtown. It's only good news when someone is interested in investing in a distressed property."

As for a hotel?

"I'm skeptical, to be honest with you, about a hotel. It's a difficult area. So I guess, no," he said. "I would rather see it developed with commercial on the first floor and residential on the top floors."

The mayor shares that hope for a future project: a restaurant with people living upstairs.

"That's always been the vision," he said. "I want a good developer with a good project."