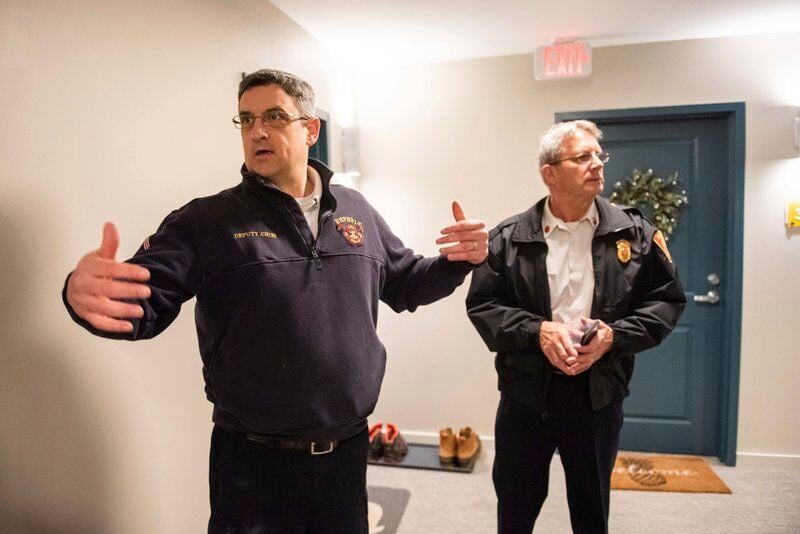 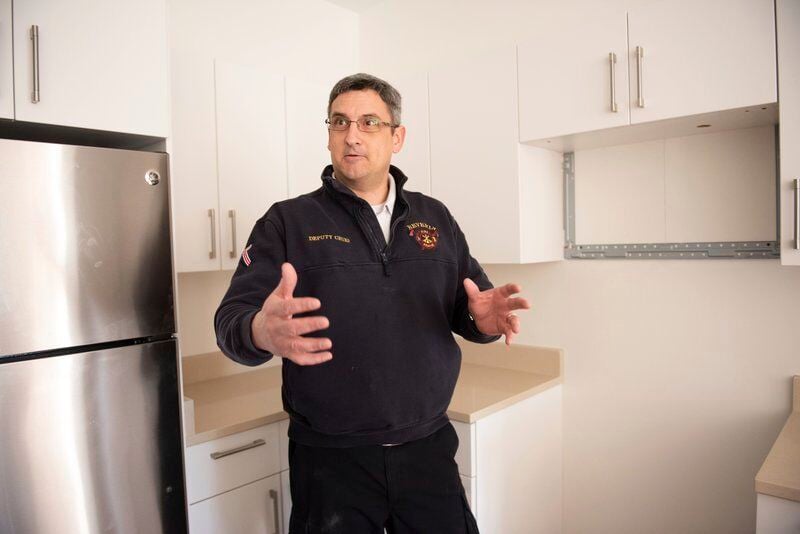 "I'm excited," O'Connor said on Friday. "I'm looking forward to it. I appreciate all the support I've been getting from everybody."

O'Connor said he did not want to assume anything. But his accession to the chief's position seemed like a certainty considering his experience and the support of the department's firefighters. Their union, Beverly Firefighters Local 1669, endorsed O'Connor in August, calling him "highly respected" with "exceptional leadership qualities."

O'Connor was selected out of five finalists, according to Cahill, who called him a "highly respected and accomplished fire safety professional."

"He is widely respected both locally and across the region as a person of integrity and as a leader," Cahill said.

O'Connor has been offered a five-year contract, with a first-year salary of $140,000 and the following years subject to negotiation. Cotter's salary is $146,226.

O'Connor's appointment is subject to the approval of the City Council, which is scheduled to vote on the matter at its meeting on Monday night. His start date as chief would be Dec. 12.

O'Connor, 47, is a Beverly native who joined the fire department in 1998 after serving for three years in the Air Force repairing weapons systems. His father, Donald, was a longtime Beverly firefighter before retiring in 2012.

"I kind of grew up knowing more about the job because of my father," said O'Connor, who is married and has three children. "He and I worked on the same group for awhile. Not too many people have the opportunity to work with your father. It was always a blast."

O'Connor said the the three chiefs he served under — Ken Pelonzi, Rick Pierce and Cotter — put him in positions that allowed him to take on new challenges. He was instrumental in starting or updating programs in the areas of public information, grant-writing, child car seats, training and technology.

O'Connor received a Massachusetts Firefighter of the Year award in 2008. That was the same year he crawled across the peaked roof of the United Methodist Church in downtown Beverly to grab a distraught man who appeared ready to jump.

In nominating O'Connor for the award that year, then-Chief Pierce called O'Connor "the most dedicated guy I've ever known since I've been here. He just lives and breathes fire service."

"Today houses are tighter, building materials are different, there's more lightweight construction, there's less mass in a building," he said. "The fires are literally burning twice, three times faster than they used to. We're also able to get closer to the fire than they ever were in the past because of new equipment. Getting everybody to understand those things and how we work on the fireground is really important."

"The fear of change in the fire service is pretty intense," he added. "One of the things that drives me crazy is the statement, 'We've always done it this way.' I cringe when I hear that."

O'Connor said all of the Beverly Fire Department's truck and vehicles are now equipped with iPads, giving firefighters information on building floor plans and hydrant locations while en route to the fire scene.

"We know which stairwell to get to before we even get out of the truck," he said.

O'Connor said one of his immediate goals is to find new mapping software for the iPads because the current system is expiring. But he said the department is already operating at a high level. It has 68 firefighters working out of three stations. The city has ordered a new $1.3 million ladder truck, which is scheduled to arrive next August.

"It's a great department," O'Connor said. "We've got a lot of great guys, and Chief Cotter has done a great job bringing us to where we are today."

Cahill credited Cotter with preparing O'Connor for the job as chief. Cahill said Cotter "has served the people of Beverly with distinction and honor and will be missed."