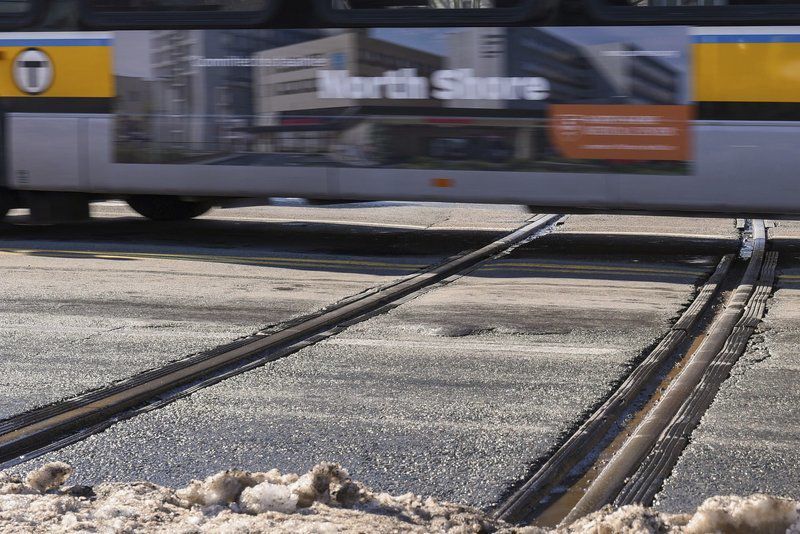 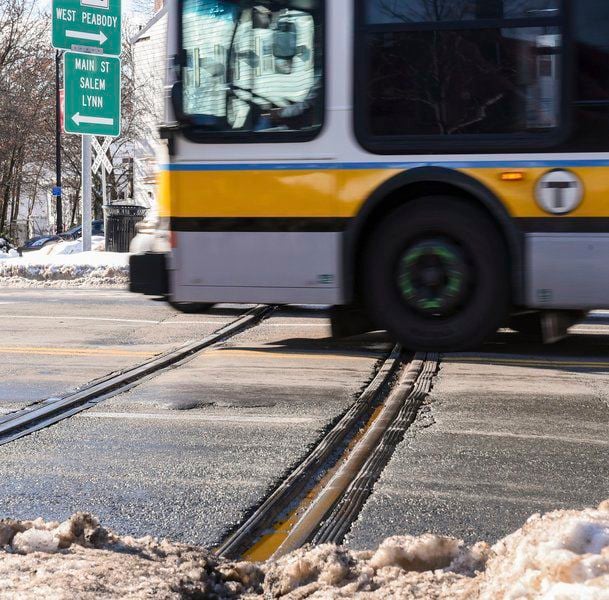 PEABODY — The next stop on the exploratory journey of the idea of trolley service linking Peabody Square with the Salem Commuter Rail Station would be to conduct an engineering study.

And, one concept city officials and local lawmakers kicking the tires on is a dedicated bus lane adjacent to the existing rail freight line running between Peabody and Salem.

Running a shuttle bus along the 2-mile route in a dedicated lane would cut down on trip times, Peabody Community Development Director Curt Bellavance said. This would make it an attractive service to commuters. And, running a bus instead of a train might mean a less costly service that running a train on the rails.

However, the cost of this plan would require an expensive engineering study, but there is the possibility of some money for one tucked into a state supplemental budget.

Among other things, a state-funded trolley study from last year looked at the feasibility of the city creating a shuttle bus on existing roads linking the Salem station with the downtown.

But using existing roads to run a shuttle bus between Peabody and Salem would mean the trip by bus would take just as long as it would by car, meaning drivers would have no incentive to ditch their cars and park in Peabody in favor of public transit, Bellavance said.

"We didn't think that would be as successful," Bellavance said.

However, running a shuttle bus adjacent to the track would speed up the trip and make it more reliable, said Bellavance. The new lane could also be used for alternative modes of transportation, such as walking or biking, he added.

However, there are a lot of unknowns about property ownership or pinch points like bridges in the right of way that could hamper this plan.

City officials and state lawmakers are hoping that $200,000 in state money for an engineering study comes through. The money has been tucked into an amendment for a closeout supplemental budget for fiscal 2019.

The House and Senate have yet to agree on the supplemental budget, so the money has not been approved, according to the office of state Sen. Joan Lovely, D-Salem. However, the deadline is looming as the state comptroller intends to close out fiscal 2019 on Dec. 11.

"Funding for Peabody to undertake an engineering survey is the next step toward providing a key transit link on the North Shore between downtown Peabody and Salem's commuter rail," said Lovely in a statement announcing the amendment and other aspects of the supplemental budget.

"So, hopefully, it will survive the supplemental budget," said Lovely in a subsequent interview about the money for the engineering study.

If the money for an engineering study does comes through, it would follow the $50,000 state-funded feasibility study from 2018 that looked at developing a trolley service between downtown Peabody and the Salem station on the existing active freight railroad branch. The study also looked at using a shuttle bus on local roads in place of a rail trolley.

The study found that Peabody is the largest municipality inside Route 495 not directly connected to the MBTA's commuter rail or rapid transit system. It also found that what transit options are available are buses linking the malls in Peabody and Danvers with Lynn and Salem.

However, the study also estimated it would take a capital investment of about $35 million to restore passenger service along the rail line by trolley. Passenger service ended on the line in 1958.

Last year's study showed that ridership could support the trolley. It found that the rail shuttle could attract as many as 600 boardings each weekday, which would cover a third of the annual operating costs from fares. The study said that the MBTA covers a third of its operating expense from fare box revenues.

"This is the next phase," Lovely said of the engineering study for some type of Peabody trolley.