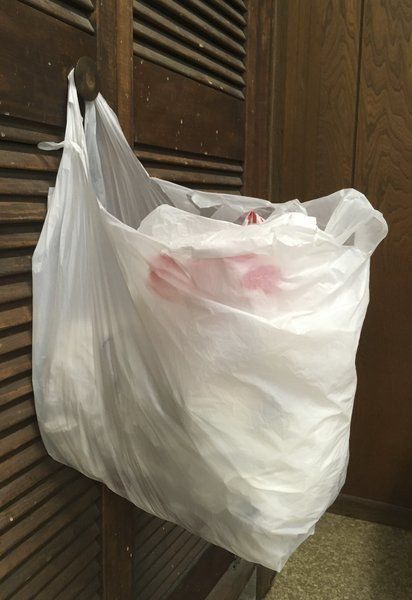 ANDREA HOLBROOK/Staff file photo/Lawmakers considering a statewide bag ban have stripped the proposal of a fee for biodegradable bags and added a "preemption" clause that would effectively override nearly 100 local plastic bag bans. 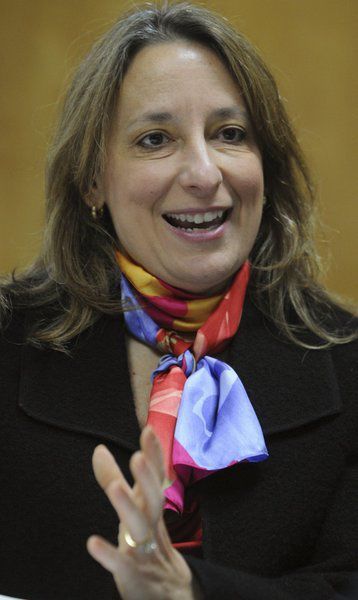 ANDREA HOLBROOK/Staff file photo/Lawmakers considering a statewide bag ban have stripped the proposal of a fee for biodegradable bags and added a "preemption" clause that would effectively override nearly 100 local plastic bag bans.

BOSTON — Advocates of a statewide ban on plastic shopping bags are among those urging lawmakers to toss the latest attempt at legislation in the trash.

A bipartisan proposal, backed by nearly 100 lawmakers, called for phasing out plastic bags used by convenience stores and supermarkets and requiring retailers to charge a 10-cent fee for paper bags, while allowing them to sell reusable bags.

But the Legislature’s Joint Committee on Natural Resources, Environment and Agriculture, deliberating behind closed doors, stripped the fee and added a "preemption" clause that would effectively override nearly 100 local plastic bag bans, some of them voter-approved. It also would allow stores to offer thicker plastic bags as alternatives.

Environmental groups, lawmakers and others behind the original proposal are ripping the changes, saying the committee effectively gutted it.

"There's so many exemptions in this bill now that it will do more harm than good if approved," said Janet Domenitz, executive director of Massachusetts Public Interest Research Group.

The proposed ban recently won unlikely support from the Massachusetts Food Association, which represents supermarkets and other food stores. It told lawmakers at a recent hearing that it could support a statewide ban on plastic bags to replace a patchwork of municipal restrictions, creating an "even playing field" for affected businesses.

Brian Houghton, the group's senior vice president for governmental affairs and communications, said it cannot support the bill that emerged from the committee.

"We're pretty much on the same page as the environmentalists on this one," he said. "Mandatory fees have worked in other places to help replace plastic bags and paper with reusable bags, which is a goal we both share."

Preempts will of voters

Rep. Lori Ehrlich, D-Marblehead, the lead House sponsor of the bill, said she was "disappointed" that the committee removed many of the key elements.

Ehrlich said the fee was intended to encourage shoppers to use reusable bags – not paper – once plastic bags are banned statewide. Removing the fee will add the waste stream, she said.

"To switch people from using plastic to paper doesn't get us anywhere," she said. "And to preempt local bans with something that is less protective of the environment makes no sense."

At least 90 cities and towns in Massachusetts  — including at least seven north of Boston — have enacted outright bans or restrictions on plastic bags, according to MassPIRG.

Geoff Beckwith, executive director of the Massachusetts Municipal Association, said the group representing city and town governments "strongly opposes" any effort to preempt local bans, many of which have been approved by voters.

Supporters of the bans say plastic bags are wasteful consumables that clog the waste stream; litter oceans, parks and beaches; and take hundreds of years to break down.

Not surprisingly, bag bans are largely opposed by the plastics and paper industries, as well as retail groups, who call the restrictions unnecessary and costly.

Beacon Hill lawmakers have wrestled with the issue for years. Perennial attempts at a statewide ban have faltered amid industry lobbying.

"Bag bans and taxes make trips to the grocery store more expensive, especially for low- and fixed-income families, with no meaningful impact on the environment," states one such website, www.bagtheban.com.

Americans throw away 100 billion plastic bags a year, according to the U.S. Environmental Protection Agency, which says the average bag takes up to 1,000 years to break down.

Last month Maine and Vermont became that latest states to approve bag bans. Both states allow retailers to charge fees for paper bags, from 5 to 10 cents.

California and New York have also prohibited the use of plastic bags, while all of Hawaii's counties have passed bans, according to the National Conference of State Legislatures.

Ehrlich said she plans to work with members of the House Ways and Means Committee, which is now considering the bill, to restore many of its original provisions.

"One way or another single-use plastic bags will eventually be banned, whether it's local ordinances or a statewide ban," she said. "We have reached a tipping point."

The original version of this story misstated some details of the initial plan backed by nearly 100 lawmakers. In addition to banning most plastic bags, it would have required retailers to charge customers a 10-cent fee for use of a paper bag, while allowing retailers to sell reusable bags for no less than 10 cents each. That provision was made optional in a rewritten version of the bill, which is still pending. This story has since been updated.