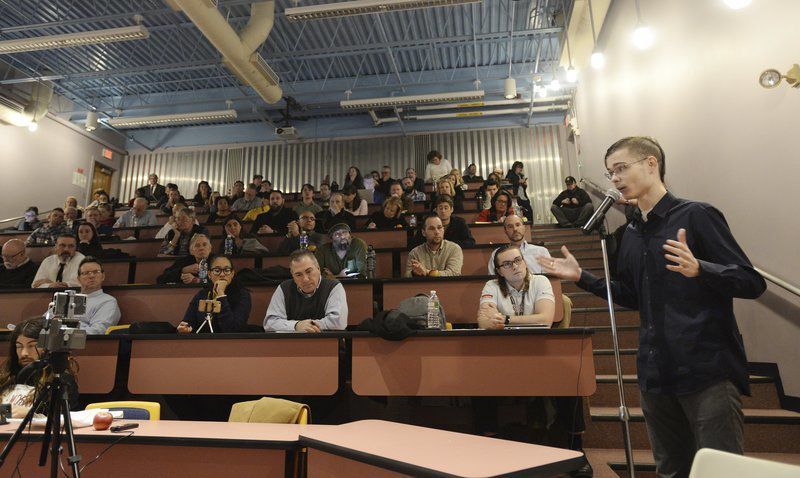 Editor's note: The original caption for this photo misidentified Jeremiah MacKinnon. The caption has been updated. 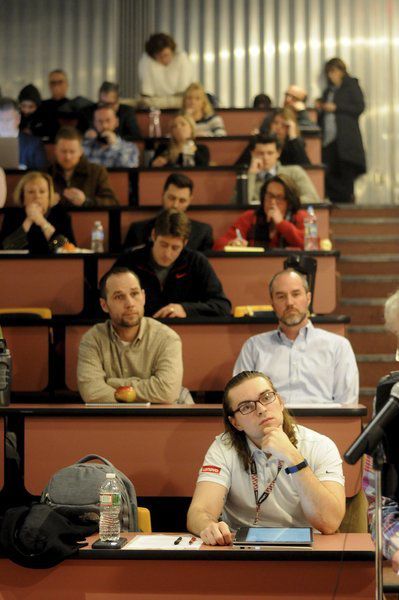 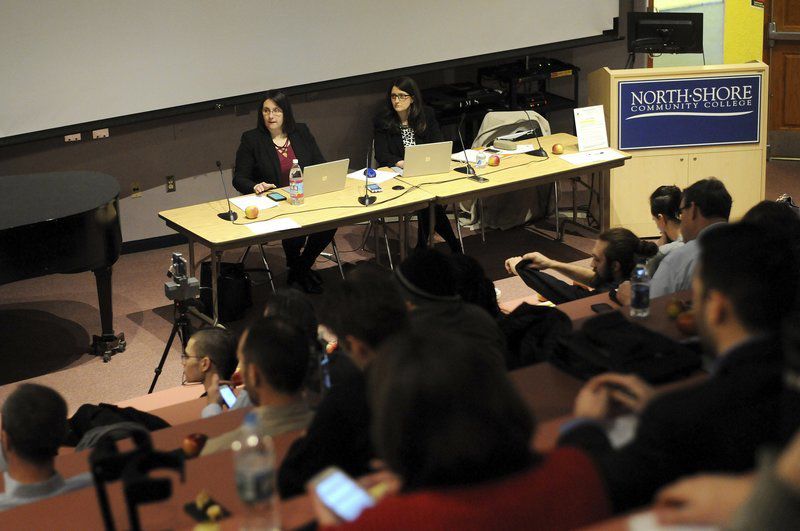 Jennifer Flanagan, left, and Britte McBride of the Cannabis Control Commission listen to testimony during a public hearing at North Shore Community College's Danvers campus. The hearing was for North Shore residents to weigh in on retail marijuana regulations. 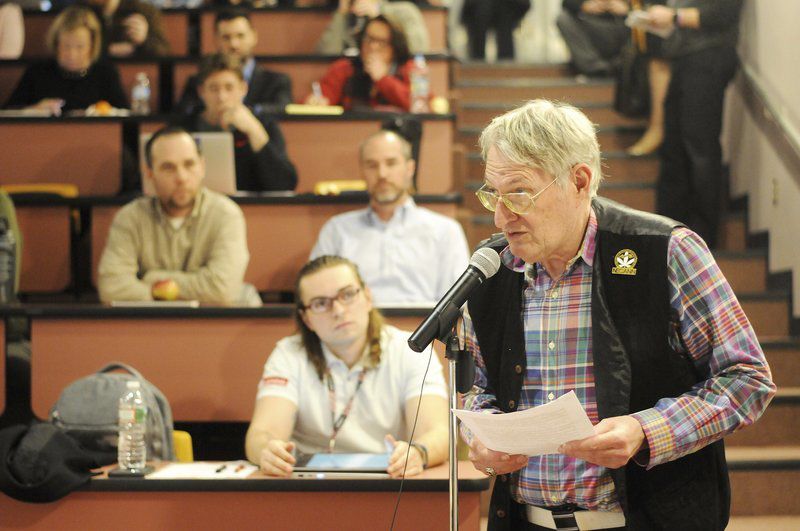 Editor's note: The original caption for this photo misidentified Jeremiah MacKinnon. The caption has been updated.

Jennifer Flanagan, left, and Britte McBride of the Cannabis Control Commission listen to testimony during a public hearing at North Shore Community College's Danvers campus. The hearing was for North Shore residents to weigh in on retail marijuana regulations.

DANVERS — Some said they wanted to be able to consume marijuana in a cannabis cafe or have it delivered to their homes.

Others worried about how medical and recreational sales will be conducted at the same dispensary.

Health officials fretted about recreational cannabis being sold to kids.

That was the range of comments two members of the state Cannabis Control Commission heard Wednesday on the last day for the agency to hear from the public on draft regulations for adult use.

Wednesday's meeting was supposed to take place last week, but it was postponed due to snow.

Commissioners Jennifer Flanagan and Britte McBride trekked to the math and science building at North Shore Community College and heard various views about how the regulations should be put in place.

The commission plans to deliberate in public, then issue final regulations by March 15. It's expected the licensing process will open up April 15 with sales expected to start July 1.

The commission's work is the result of the passage of Question 4 in November 2016 which legalized adult marijuana use. It's a law which state lawmakers amended last year.

Officials such as House Speaker Robert DeLeo and Gov. Charlie Baker have urged the commission to take a go-slow approach by moving to a storefront system first, before branching out to more risky mixed-use social consumption or home delivery services.

Chris Edwards, executive director of Alternative Therapies Group, the outfit that opened the first medical marijuana dispensary in the state in Salem in June 2015, was concerned about the licensing of social consumption on the timetable proposed by the commission.

"There are numerous reasons why these facilities really haven't been green-lighted in other cannabis states to date," Edwards said. "There's concerns about smoking indoors, of course. Mixing cannabis with other substances, most notably, alcohol. A very subjective ability to judge impairment of patrons and of course driving under the influence is something that everyone in this room should be concerned about."

"In addition to these common arguments, my fear is that this is something that could draw unwanted federal attention," Edwards said. "It is a significant differentiator potentially for our state's program."

Edwards said it would be better if the state's program stood out as being well-regulated one, to avoid attracting attention from the federal government, which has signaled a willingness to crackdown on the marijuana trade, given it is still prohibited by federal law.

Patient Frank Shaw of Ipswich said he has witnessed first-hand discrimination and the disproportionate impact of the drug war on the gay community when those dying of AIDS turned to medical marijuana for relief when there were no other drugs.

Shaw, like others, said the commission must develop a "patient supply safety net" to ensure a supply of medical marijuana when recreational sales start.

Patient advocate Gary "Gigi" Gill of Salem, a volunteer caregiver to North Shore Elder Services, said he sees what people dealing with HIV/AIDS are going through. He said seniors are finding medical marijuana too expensive and the program is burdensome.

"What I'm asking is for you guys to smarten up, and make it cost-affordable. Care for the patient, because we would never be here today if it wasn't for the AIDS crisis back in San Francisco, and that's where it all started," Gill said.

"We want to ensure that the patient supply is steady and consistent throughout the rollout of the adult use program as we co-locate these facilities," Salem resident Nichole Snow, president of the Massachusetts Patient Advocacy Alliance.

Some pointed out other problems with the notion of smoking cannabis in cafes under state law.

Cheryl Sbarra, senior staff attorney for the Massachusetts Association of Health Boards, said the state's smoke-free workplace law prohibits smoking, including "a non-tobacco product designed to be combusted and inhaled. So before any social consumption establishments can exist, if they are to exist, that law would have to be amended."

A House bill on Beacon Hill has been reported out favorably that would include e-cigarettes in the definition of tobacco products, and that would prohibit vaping as part of social consumption, she said.

"We've been chasing tobacco for the last 40, 50 years. Every year, they are 10 steps ahead of us and we are trying to catch up," said Middleton Public Health Director Derek Fullerton, the past president of the Massachusetts Health Officers Association. "Our main thing right now is youth access. To say that youth don't get, won't get cannabis is foolish." He is already dealing with retailers who sell tobacco illegally to minors.

He asked the commission to keep the age to buy cannabis at 21. Fullerton said young people's brains don't develop until age 24.

"If you want to ask about being sold to minors, you can check the local newspaper for the past week," Fullerton said. "Within a half-mile radius, a youth had access to a Juul (a type of vaporizer), which is a cannabis infused dab vape, and he had a psychotic event, ran out into the street and got hit by a car. So it does happen. That's our job as public health officials, is to protect the youth."