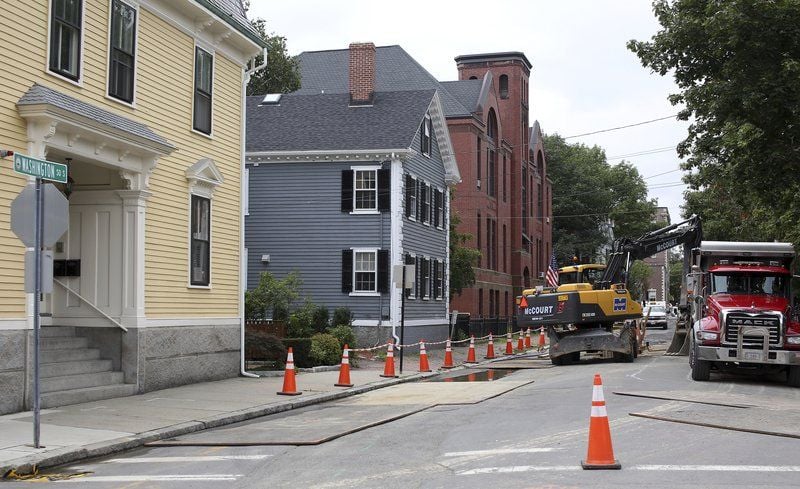 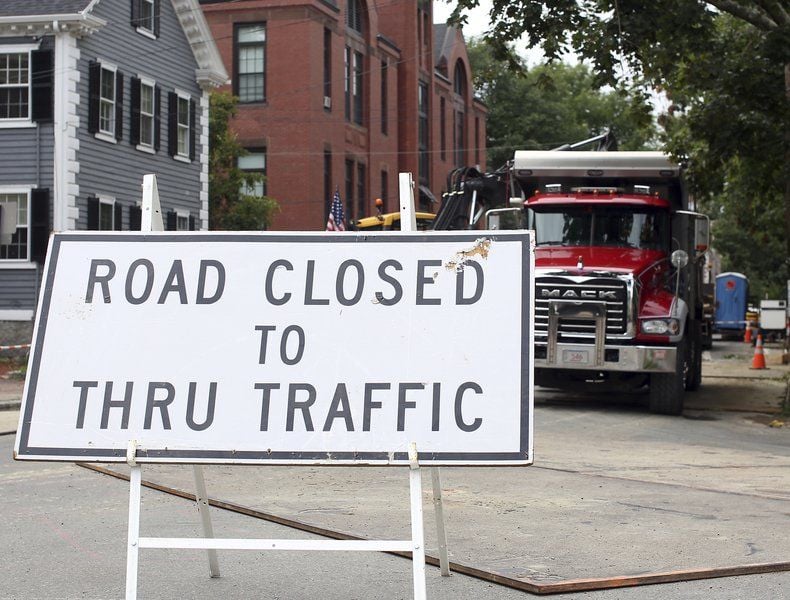 SALEM — Months of work replacing underground utility cables downtown is charging forward and on schedule, but a break in some of the work looms as the city plunges into its busiest period of the year.

National Grid has been working since mid-March to install new electrical transmission cables between substations on Salem Harbor and Canal Street.

The cables being replaced are about 50 years old. Their replacements will curb maintenance issues and boost system capacity when the project wraps up next June.

“We’re certainly on track for that June 2016 completion date,” Danielle Williamson, a spokeswoman for National Grid, said. “We’ve been following the plan we set out on when all this came out.”

Some of the work has done little to impact the public, including current work on each of the substations. Other work — like installing new manholes — has proven to be a strategic challenge for the public, according to City Engineer David Knowlton.

“From a disruption point of view, the manholes they’ve had to install have provided the biggest impact,” Knowlton said. “They’re very big — 10 feet wide by 10 feet deep, by 20 feet long.”

All this work is taking place as summer slowly gives way to fall, and the Witch City comes to life ahead of October. With the tourism boom impending, so too is a break in the work closest to the city’s downtown core.

“The fall is upon us and that’s a huge tourism season for Salem,” Williamson said. “We aren’t going to be doing much in the fall.”

Construction will be limited to areas away from the downtown throughout October, according to Williamson.

“There is work to be done in other locations and at the substations that will not have an impact on the October tourism areas,” she said. “We’re not stopping. We’re just not working near the downtown.”

There have been “some wrinkles” in the process since construction began, Knowlton said. But “overall, I think it’s going well.

“Considering the magnitude of work that has to be done and the impacts it’s having and could have on the city, residents and businesses, it’s going fairly well,” Knowlton said. “National Grid put a big effort into the public relations portion of the project. They got in front of it by hiring a PR firm to get information to the city website.”

A blog has also been posted weekly to SalemCableProject.com throughout the process to keep people who live or work in Salem in the loop on what’s going on.

“That’s helpful so people can see, through these updates, which parts of Salem will be impacted,” Williamson said. “Misinformation or lack of information can provide uncertainty and uneasiness.”

The project also has a working group of city leaders, representatives from National Grid, an officer from the Salem Police Department’s traffic division and more, according to Ward 2 City Councilor Heather Famico.

“It’s a chance for them to give us some feedback and some information,” Famico said. “It’s collaboration. The last meeting, they (the company) were looking to possibly change a location and time for the project, and we said no, it wouldn’t work. They were accepting of it.”

Famico said she hasn’t received any complaints from residents in her ward about the project.

“In general, they’ve actually stayed on target and have been really good about communicating with the city and the residents,” Famico said.

A healthy chunk of the work has taken place in Ward 1, represented by City Councilor Robert McCarthy. He could not be reached on Monday for comment.

Work on the horizon

So far, there isn’t a single part of the city affected by the project that has seen an end to construction, according to Williamson.

“All wire pulling will be completed after all of the manholes and duct work has been completed,” Williamson said. “Final paving and restoration will be the final stage of the project.”

Knowlton said there will be some disruptions once National Grid starts installing the conduit.

“That’s disruptive, but it moves along,” he said. “They don’t have to dig deep, but they dig in trenches with plates on them that cars can drive over at the end of the day.”

The winter could also prove to be a challenge.

“When we get bad weather, they’re going to have to stop,” he said. “The weather could impact their progress, but they know we aren’t going to get a lot of work done if we get a winter like we did last year.”