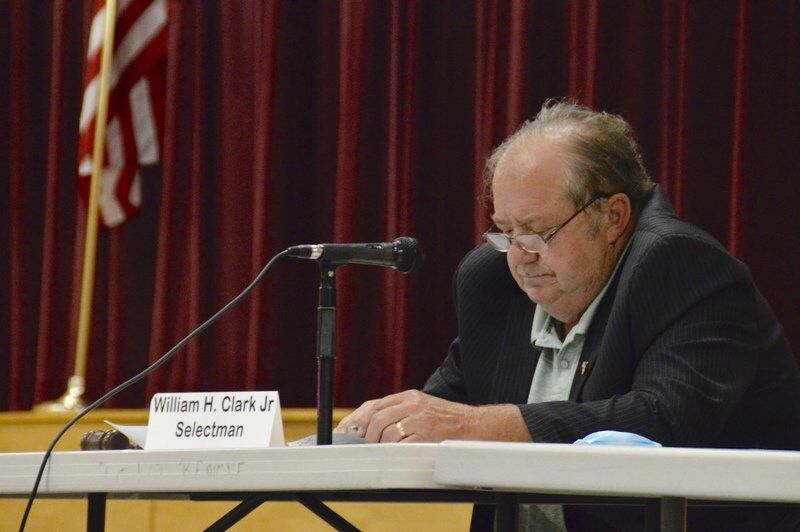 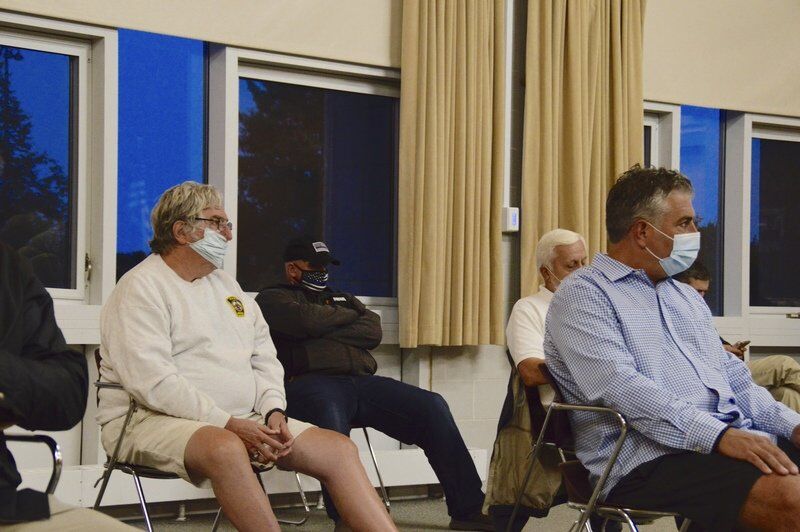 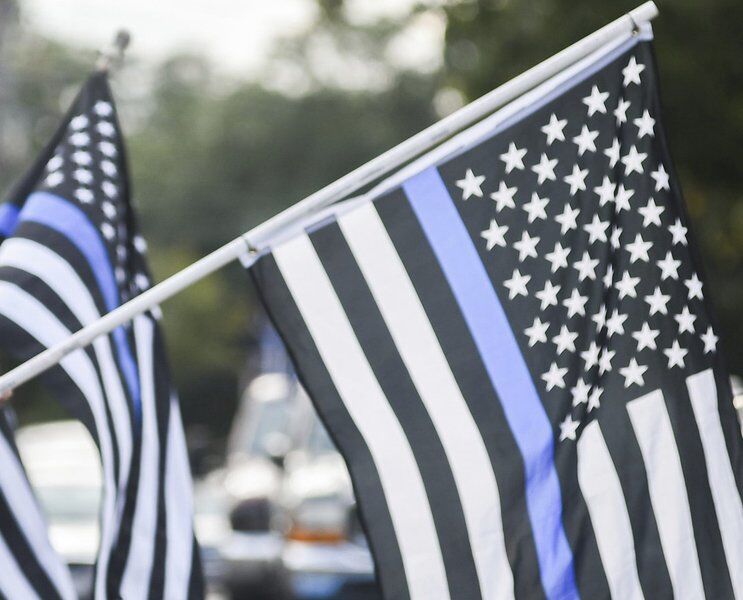 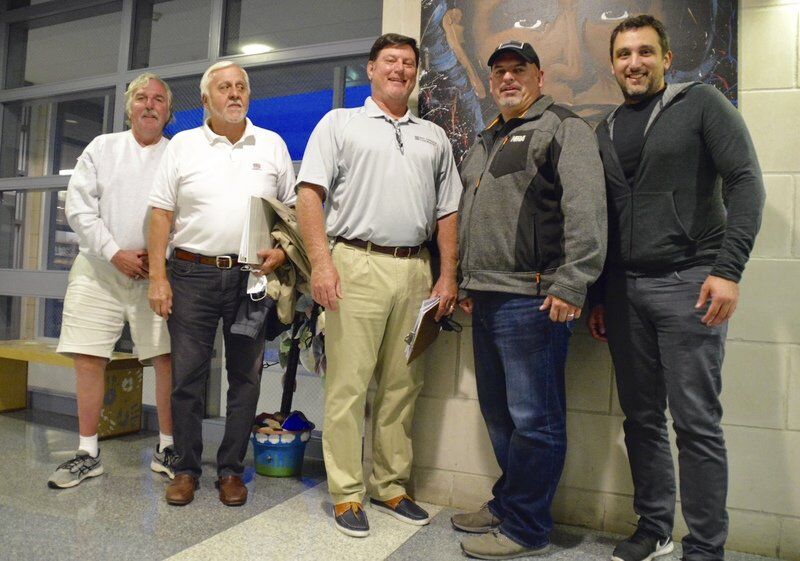 Erin Nolan/Staff PhotoMembers of  the “Citizens to Restore Respect of First Responders in the Town of Danvers" from left to right: Mike Hagan, Mark Zuberek, Keith Lucy, Rick Bettencourt and Jon Mattarocchia.

Erin Nolan/Staff PhotoMembers of  the “Citizens to Restore Respect of First Responders in the Town of Danvers" from left to right: Mike Hagan, Mark Zuberek, Keith Lucy, Rick Bettencourt and Jon Mattarocchia.

DANVERS — Danvers resident Keith Lucy stood before the Board of Selectmen on Tuesday night and called for the town to allow Town Meeting members to debate and vote on whether or not fire and other public safety apparatus should be allowed to display the “Thin Blue Line” flag.

Lucy, a former selectman, is one of four organizers of the “Citizens to Restore Respect of First Responders in the Town of Danvers,” and he said petitioning the town to allow a vote on the “Thin Blue Line” issue is the first action of the newly-formed group.

The other three organizers of the group are Rick Bettencourt, Dana Michael Hagan and Mark Zuberek.

The “Thin Blue Line” flags were first removed from town fire trucks last month after Town Manager Steve Bartha ordered their removal on Aug. 25. In a statement, Bartha said he requested the removal of the flags after he received a complaint from a resident.

“As local government officials and public servants, our responsibility is to work in support of all residents of and visitors to Danvers regardless of their belief systems or lived experiences,” he said in the statement. “When we as public servants, through speech, actions, or the symbols we display, have intentionally or unintentionally undermined the confidence of marginalized members of our community, we are obligated to act.”

The decision sparked controversy. The Danvers Firefighters Association released its own statement opposing the decision, saying the flag is not political and has been displayed on town fire trucks since 2018, after Weymouth police Officer Michael Chesna was killed in the line of duty. The union later clarified this to say that a decal of the “thin blue line” had been displayed for the past two years, and the flags were only recently placed on the trucks.

On Sept. 2, selectmen held a “community conversation” on the decision to hear residents’ opinions. At the end, the board ultimately voted 4-1 in support of Bartha. Board member Maureen Bernard was the only one to voice disagreement with Bartha’s decision.

“This decision and vote demonstrate their complete lack of respect toward our police officers and firefighters,” Lucy said to the board on Tuesday.

When speaking to the board, Lucy said his new citizens’ group delivered a petition, signed by more than 450 people, to bring the controversy to a debate and subsequent vote to the town clerk and to selectmen.

Lucy said he and the other members of the citizen’s group were looking forward to “robust and respectful debate on the topic.”

“We are just asking for a down the middle fair shake at this,” he said after speaking to the board. “We want to put this issue in front of the 149 town meeting members and let them decide.”

At the end of the meeting, after Lucy and the citizens group left, Selectman Gardner Trask said a lot of the conversation around town regarding the “Thin Blue Line” controversy is “manufactured outrage” that is “tearing our community apart.”

Trask pointed out that there were two different “Thin Blue Line” symbols displayed on fire trucks, and only one was asked to be removed. The town manager called for the removal of the greyed-out American flag with a thin blue line through the center, but the decal, which is a black box with a blue line through the center, placed on fire apparatus in 2018 remains on the vehicles.

“An important distinction needs to be made because there is a lot of confusion, and frankly a lot of intentional misinformation including what we heard tonight about this point.”

Trask also said that he is tired of some residents saying that he and other members of the local government don’t support the police or fire departments.

“A local town meeting member started posting on Facebook with a false narrative about the removal being an intentional act of disrespect towards the Danvers police,” Trask said. “He twisted what was a managerial action into a false narrative that had not previously been a local issue.”

He pointed out the fact that many community members are not comfortable with the greyed-out American flag design.

“Let’s stop pretending this specific design is universally accepted purely as a symbol of police support, and let’s stop demanding that this design be returned and placed on taxpayer property with disregard for a large number of citizens not only paying taxes, but also who see this design as a hurtful and hateful symbol.”