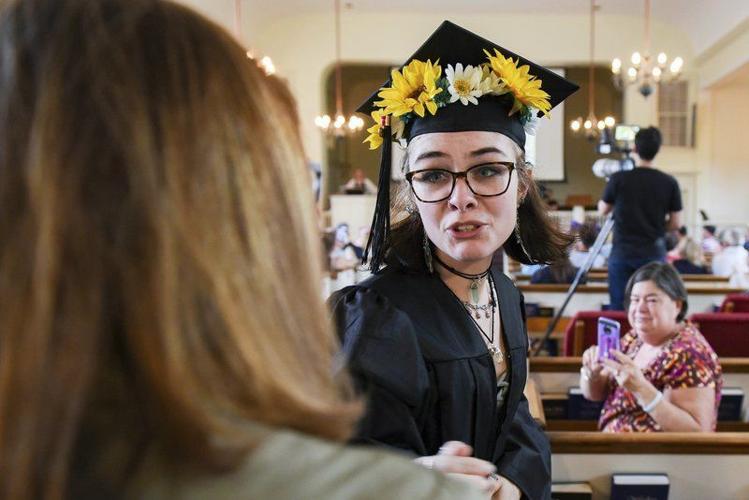 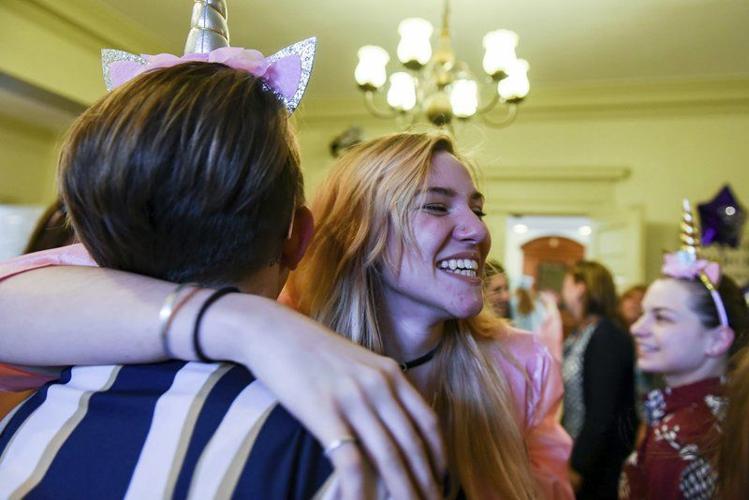 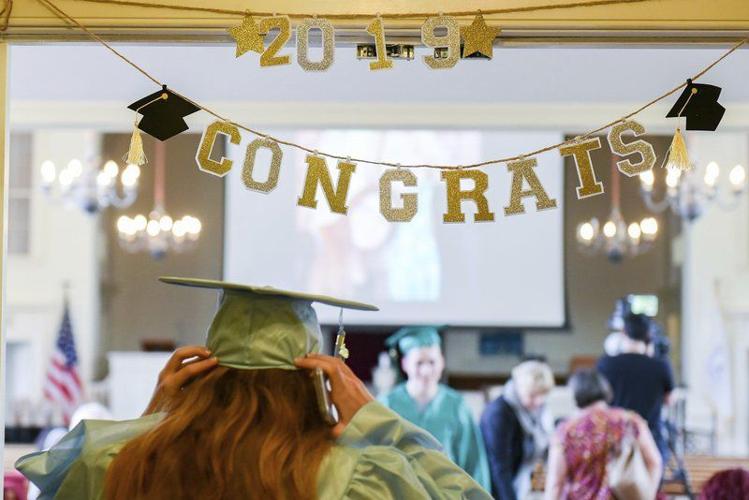 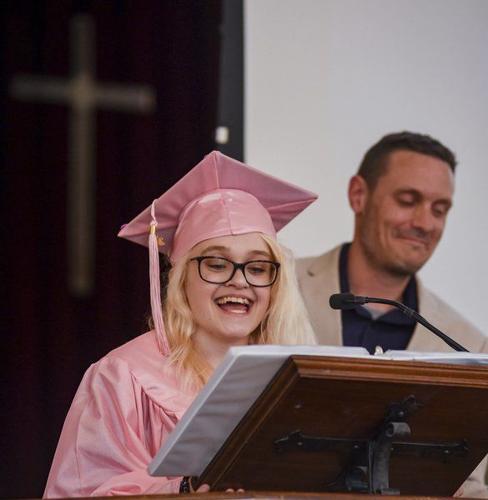 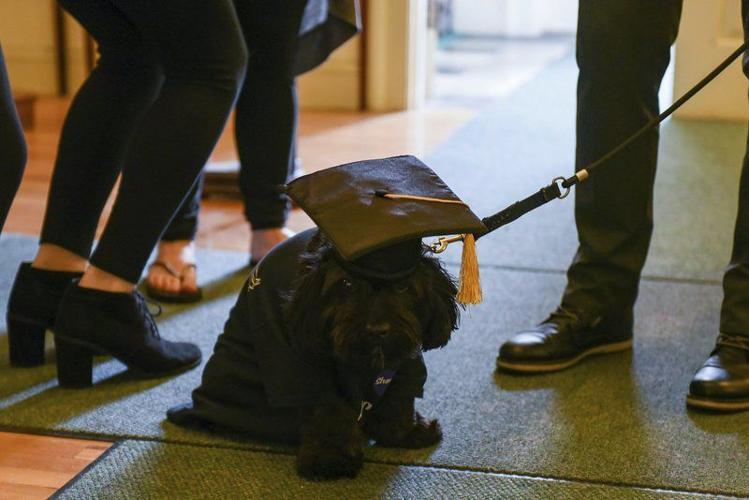 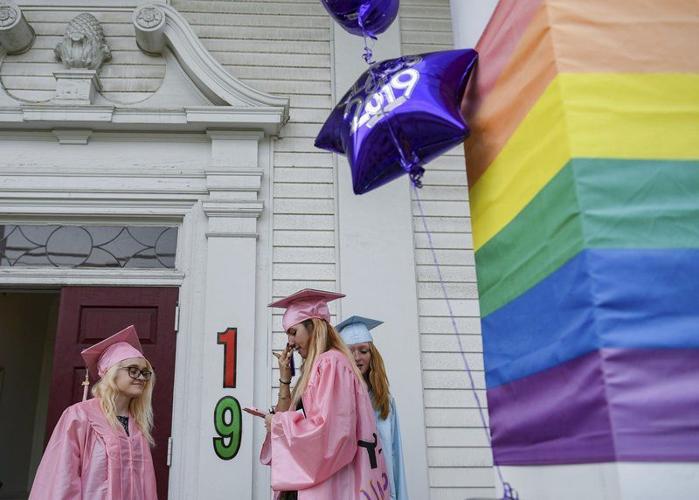 JAIME CAMPOS/Staff photoStudents wait outside to cool off during the 2019 North Shore Recovery High School graduation in Beverly. 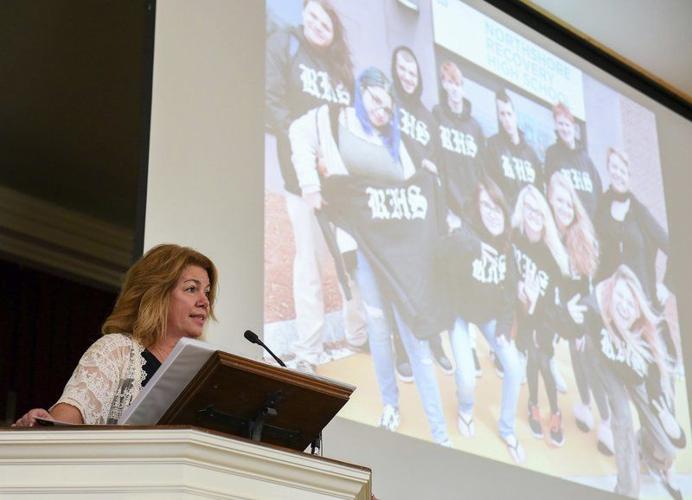 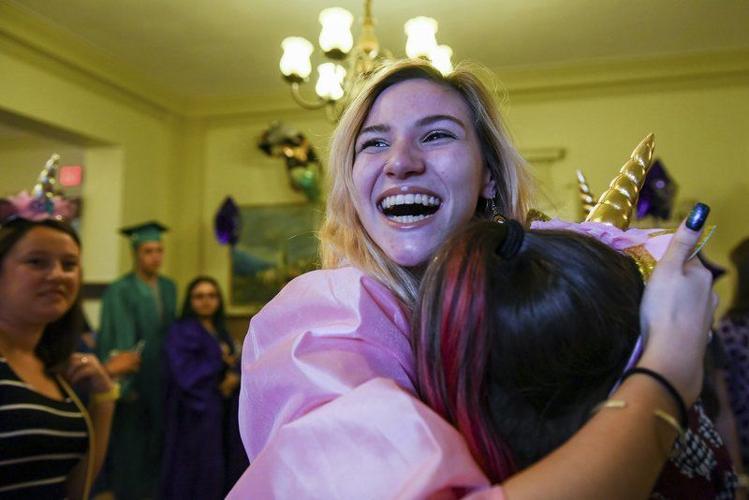 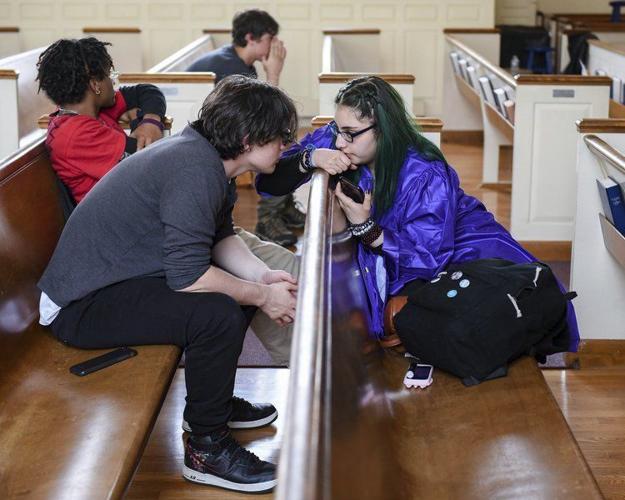 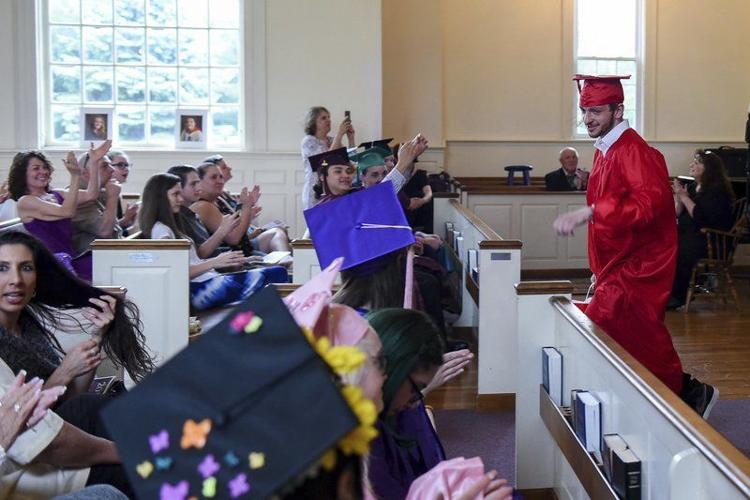 JAIME CAMPOS/Staff photoStudents wait outside to cool off during the 2019 North Shore Recovery High School graduation in Beverly.

BEVERLY – When Faith Brock walked into Northshore Recovery High School in 2016, she was a "broken soul and felt alone."

Brock's turnaround was one of several similar tales told by graduates of Northshore Recovery High School during the school's 13th commencement ceremony at the Second Congregational Church in Beverly.

The school was the first public high school in the state for students with addiction when it opened in Beverly in 2006. There are now five recovery schools in Massachusetts.

The school's graduation ceremony reflected its uniqueness. Each of the 11 graduates in attendance spoke about their experiences, which often included relapses, sometimes arrests, and always the constant will to overcome their struggles to reach the graduation stage.

Alexandra Carey said she began drinking and doing drugs after her mother died in 2015. Even after coming to Northshore Recovery, she was arrested, sent to treatment, and dropped out three times.

"Yet today I stand in front of you 13 months sober and a high school graduate," she said.

Many of the graduates said Northshore Recovery was the place where they first got the one-on-one attention they needed and felt loved and accepted by the school's staff.

"It felt like a second home to me," Kasey Fleming said. "RHS will always be a safe place to me."

"If it wasn't for RHS I wouldn't have made it," said John Hartford, who said he was sent to detox six times. "And when I say 'made it,' I mean not just in school but in life."

Matthew MacDougall, whom teacher Jake Zieglar described as a "6-foot-6 red-headed gentle giant," said he graduated with "more than a degree on my report card. I left with values and life lessons that can never be graded."

Guest speaker Michael Cooper, who graduated from Northshore Recovery four years ago, said the school helped him achieve his goal of graduating from college, which he did last month with a criminal justice degree from the University of Massachusetts at Lowell.

"That's a lie," he said. "Mainstream education has not adapted to the drug crisis this country is experiencing. The future will look at this school as revolutionary, and that is real."

The ceremony included a video from Attorney General Maura Healey congratulating the graduates, and remarks from State Sen. Joan Lovely of Salem, whom Principal Michelle Lipinski said has been a strong supporter of the school.

"He comforts us during our darkest times," Thomas said.