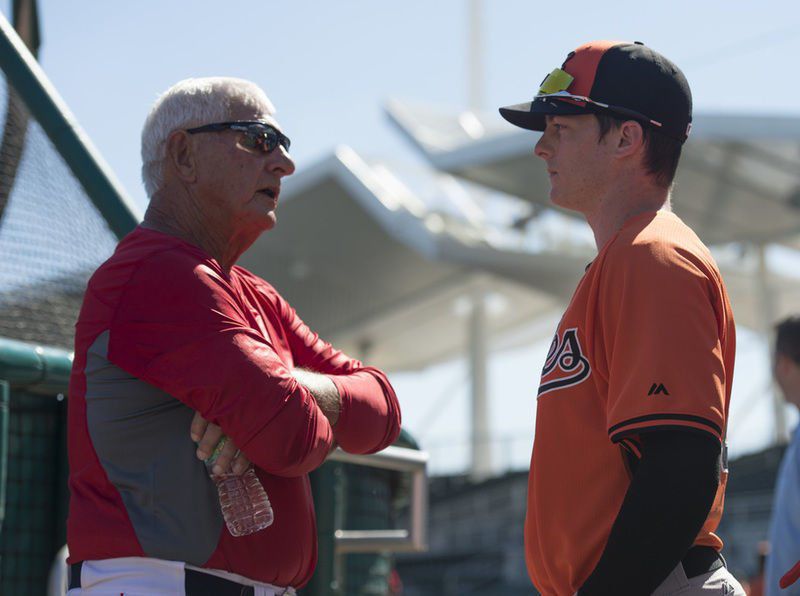 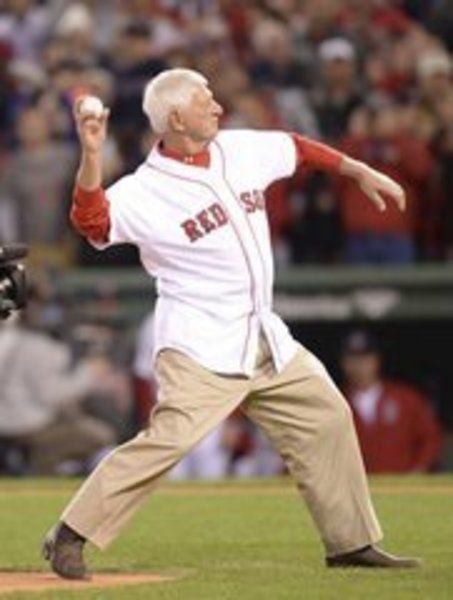 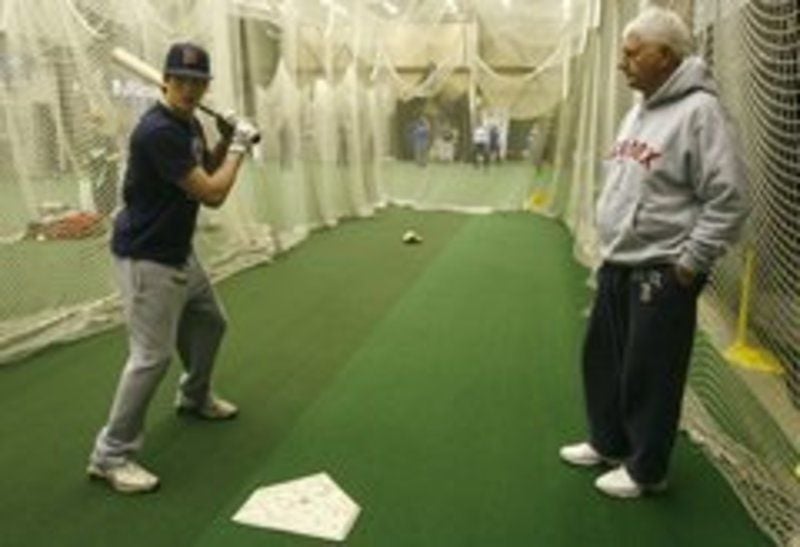 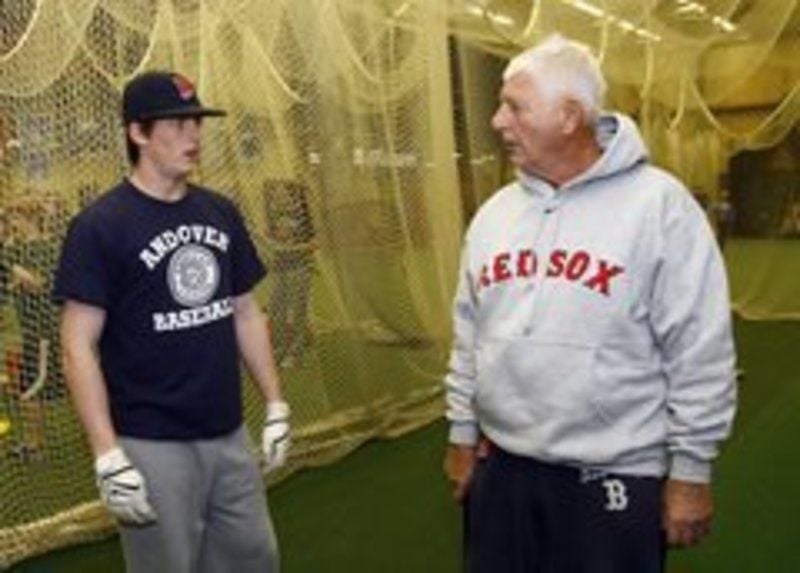 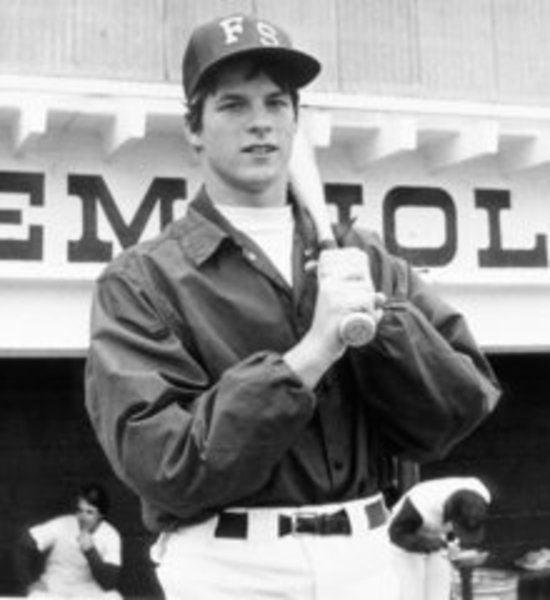 (File photo) Carl Michael Yastrzemski Jr. went to Florida State and played five years in the minor leagues, including three in Triple A. He died 15 years ago last Sunday. 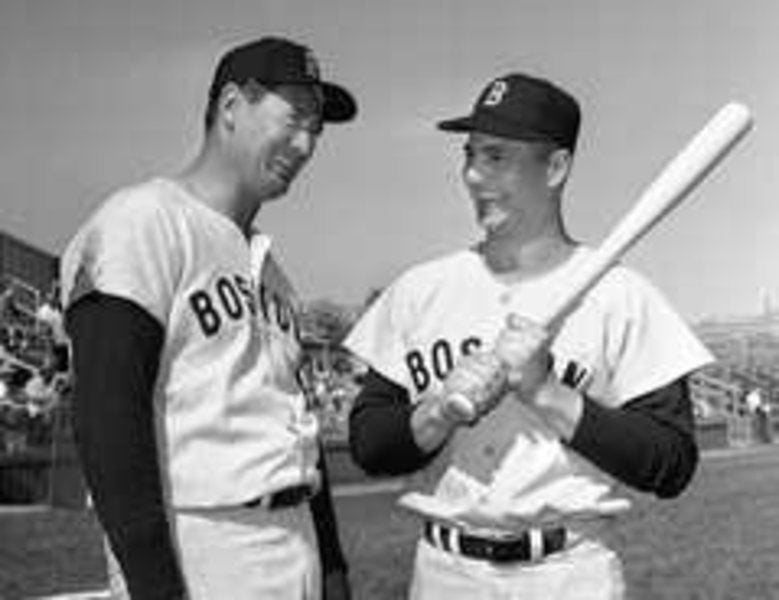 (File photo) Carl Michael Yastrzemski Jr. went to Florida State and played five years in the minor leagues, including three in Triple A. He died 15 years ago last Sunday.

Carl Yastrzemski is a living baseball legend with a Triple Crown season (1967) and a 23-year, Hall of Fame career on his resume.

He’s also legendary for something else – firmly holding his emotions close to the vest.

That, admits the original “Yaz,” will be a problem over the next few days in the Fenway-Kenmore Square section of Boston.

For the first time since 1983, a Yastrzemski will be playing baseball at Fenway Park.

His grandson, Mike Yastrzemski, of Andover, will be in the San Francisco Giants outfield the next three nights in his grandfather’s old homestead, possibly even left field.

“It will be emotional for me all three days,” said Yaz. “I never dreamed Michael would be playing at Fenway Park.”

There are other forces at work, giving the milestone even more significance.

And Yaz’s son, and Mike’s father, Carl “Michael” Yastrzemski Jr., died 15 years ago this past Sunday, after a surgery due to blood clots.

“I know my son would be so proud of Michael,” said Yaz. “He taught Michael how to play baseball. They worked a lot together.”

Yaz has heard other people talk about the similarity between his son, who played in the minors, and his grandson.

“Mike was a switch-hitter,” said Yaz. “But they looked a lot alike. They have a lot of the same mannerisms. They run the same. I see it every time I watch Michael play.”

And Yaz has watched Mike play nearly every game since he was called up by the Giants.

Yaz bought the MLB TV package and has spent many a late night watching his grandson, who has basically been an everyday player since his May 25 debut.

When his grandson was playing in the minors – 703 games – Yaz didn’t watch any games because they were only available on the Internet.

And he “knows nothing” about the Internet.

“My brother (Richard) watched them all,” said Yaz. “He would send me messages the next morning about how he played to our iPad. I don’t know how to use the iPad, my wife (Nancy) did all that.”

Grandpa has been more than pleased.

“I’m most impressed with the power he picked up,” said Yaz. “He always was a very good hitter, a lot of doubles. But I think he figured a few things out when he was traded to the Giants and sent to Sacramento (AAA). He’s been swinging a big bat all year.”

As for Yaz’s influence on Mike this year or really any year, grandpa says it isn’t much.

They speak every few weeks or so. These games in Boston will be the first that Yaz has seen his grandson play as a major leaguer in person.

“I remember going to watch my son play in Orlando when he was in (double-A),” said Yaz. “I was there for a weekend series, Friday through Sunday. He was like 0-for-8 the first two days, and I could see he was pressing.

“At dinner on Saturday night, I made up a story that we had to leave a day early and go home,” said Yaz. “He had a double-header the next day, and he goes 5-for-7. The point is, I don’t want Mike or anybody worrying about me. Plus, I’m superstitious.”

Speaking of Yastrzemski superstitions, young Mike told his grandfather he’s always struggled at the plate on his dad’s birthday, Aug. 16.

Last month with the Giants, he had maybe the greatest game of his career on the 16th, belting three home runs, including the game-winner in 11 innings. The Giants beat the Diamondbacks, 10-9.

Today Yaz will head to Fenway for an interview for the MLB Network with Peter Gammons, which will include his grandson, Mike.

He won’t stay for the game, preferring to watch Game 1 of the series from home.

It is expected that Mike, who normally plays right field and centerfield, will move to left field in front of the Green Monster, where his grandfather played for two decades.

On Wednesday, Yaz will be there early for the game and leave long afterward.

In what will be a special baseball event, Yaz will throw out the first pitch to his grandson Mike at homeplate.

This, he realizes, could get emotional.

“This is for me as great a moment as winning the Triple Crown,” Yaz said of his batting feat – leading for average, home runs and RBI in the ‘67 season – that’s been repeated just  once since his retirement.

“Michael never gave up when a lot of other guys would have. His determination is special,” he said. “I really never expected to see this. I’m proud of him.”