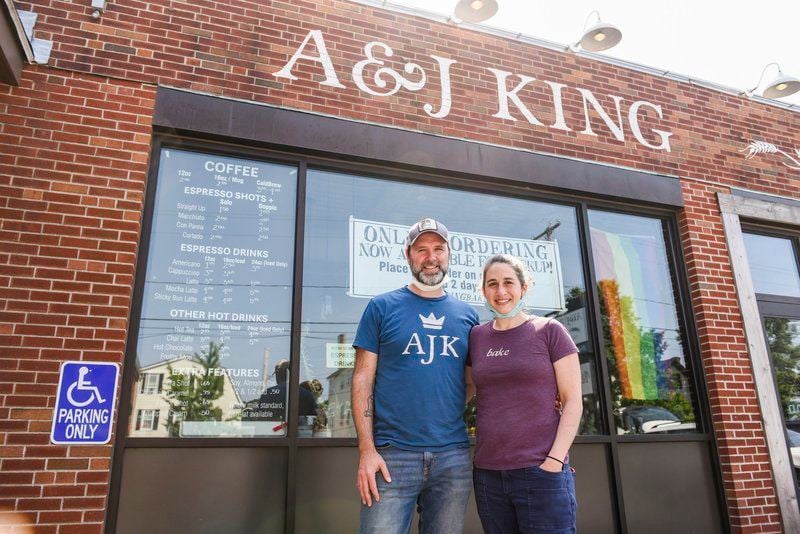 JAIME CAMPOS/Staff photoA&J King owners Andy and Jackie King have provided the Salem Food Pantry with more than 1,100 fresh loaves of bread as part of the Neighbor Loaves program. 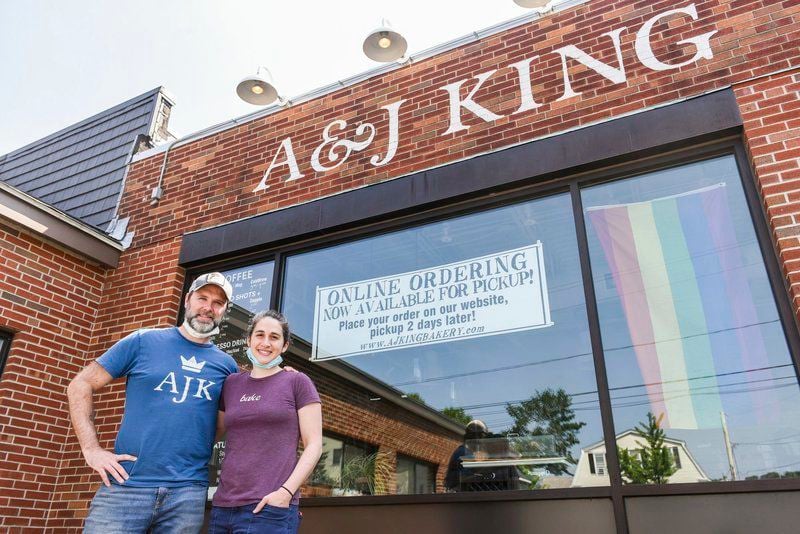 JAIME CAMPOS/Staff photoA&J King owners Andy and Jackie King have been partnering with the Salem food pantry to give out fresh loaves of bread through the Neighbor Loaves program. The program benefits hungry families and aids local farmers, millers, and bakeries.

JAIME CAMPOS/Staff photoA&J King owners Andy and Jackie King have provided the Salem Food Pantry with more than 1,100 fresh loaves of bread as part of the Neighbor Loaves program.

JAIME CAMPOS/Staff photoA&J King owners Andy and Jackie King have been partnering with the Salem food pantry to give out fresh loaves of bread through the Neighbor Loaves program. The program benefits hungry families and aids local farmers, millers, and bakeries.

SALEM — As the COVID-19 pandemic swept onto the North Shore this spring, Robyn Burns was facing new challenges in her role as executive director of the The Salem Pantry food program.

Some of the regular sources of bread and other staples were shut down or overtaxed.

Meanwhile, not far away, Andy and Jackie King were also scrambling. Their bakery, A&J King Artisan Bakers, had already been coping with a plumbing issue that shuttered their downtown Salem retail location, when the pandemic forced them to shut down their production facility on Boston Street.

Then Jackie King learned about a campaign called “Neighbor Loaves.”

The idea, which sprouted in the Midwest, is simple: Bakeries purchase flour milled locally, made from locally-grown grains, and use it to make loaves of bread that are then donated to the community.

“We got excited about it because it seemed like a great fit for us,” said Andy King.

“I think for us at the pantry, it was a great idea because it’s sometimes a challenge to find fresh local bread,” said Burns. “It was so wonderful to think about partnering with A&J and giving out fresh bread multiple times a week.”

The ingredients and labor still cost money. But that’s where the community comes in.

“It just seemed like the only other part of the puzzle was to get customers involved,” said Andy King. “In this time of COVID, so many of our customers were asking, ‘How can I help?’”

Dozens of customers have stepped up to “purchase” loaves, for $6.

The option to purchase a Neighbor Loaf is currently available on the bakery’s website; King said they will also offer it at their retail location, which re-opens on Friday, and at farmers markets where they sell their products.

So far more than 1,100 loaves have been produced by A&J King for The Salem Pantry since the effort started in early May. Another batch was due to be picked up on Friday morning.

Bonny Breads, a “micro-bakery” in Beverly, is also taking part in the project.

Andy King said he was initially concerned that interest would level off, but so far, that hasn’t happened. The Kings intend to continue taking part in the program long-term.

“We think this is so great because it is so hyper-local,” said King. “You can trace the impact of this program literally from the ground to the table of a family in need.”

“We’re so appreciative of the community at large, the customers and Jackie and Andy for proposing this,” said Burns.