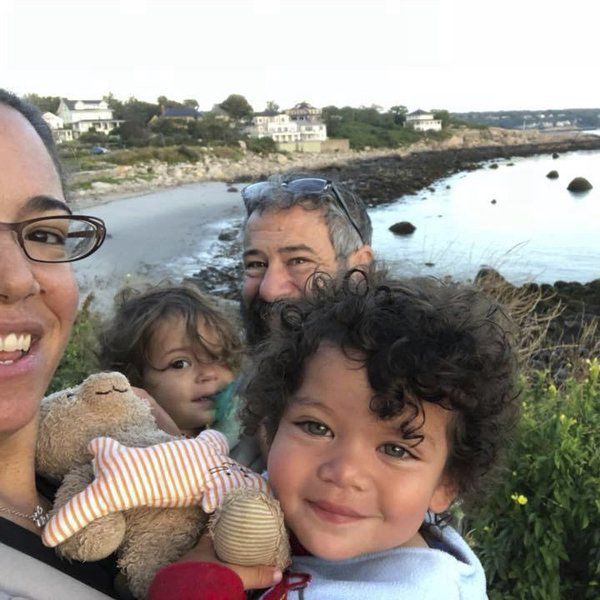 Courtesy photoRockport resident Nathaniel Mulcahy, in back, with his wife Jessica and twins, is challenging Seth Moulton for the 6th Congressional District seat. 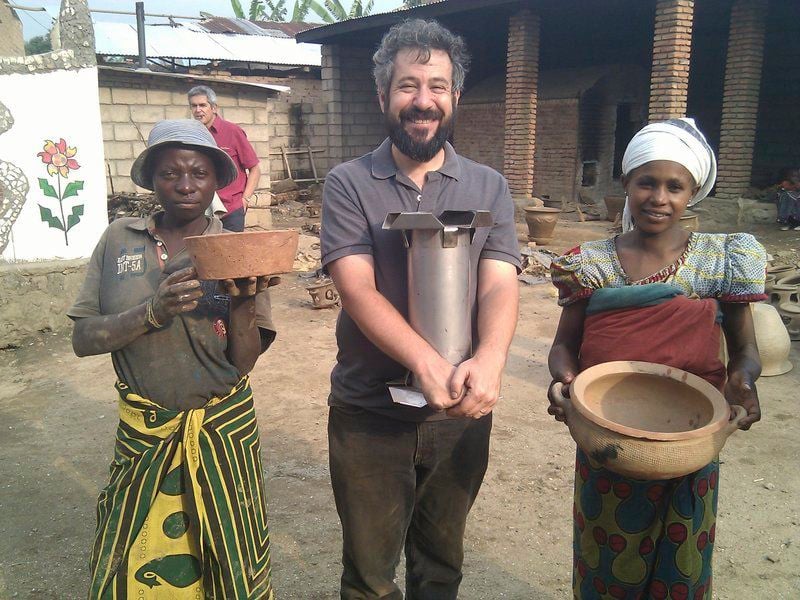 Courtesy photoRockport resident Nathaniel Mulcahy, in back, with his wife Jessica and twins, is challenging Seth Moulton for the 6th Congressional District seat.

ROCKPORT — More than a few contradictions surround Nathaniel Mulcahy’s campaign to represent the 6th Congressional District in the House, and the Rockport resident, climate activist and inventor says he wouldn’t have it any other way.

Among the most obvious apparent contradictions as Mulcahy ramps up his campaign to unseat fellow Democrat Seth Moulton of Salem in the September 2020 Democratic primary:

A pillar of Mulcahy’s platform is disciplined defense spending in a district that despite years of steady declines in the sector still relies on it for thousands of jobs.

Despite the power incumbents amass through a Congressional committee system that rewards longevity and the fundraising advantages enjoyed by incumbents, Mulcahy says if elected he’ll serve just one term —in large part to avoid dedicating the extraordinary hours required for raising money.

Although his campaign would appear to be poised to draw its strongest support from the most liberal members of his party, Mulcahy appears far more interested in discussing his main issue — climate change — and economic issues than in joining choruses of criticism targeting President Donald Trump.

Moulton, 41, has represented the district, which includes the North Shore, since unseating John Tierney in the 2014 Democratic primary and then beating Republican Richard Tisei.

Mulcahy, 55, recently outlined what he says will be “a different kind of campaign.”

For starters, he says, he will campaign in the same manner he will perform in office. He says that means that instead of using focus groups or polling to hone winning positions, he will clearly articulate legislative plans. Mulcahy supports Bernie Sanders’ presidential campaign and credits the Vermont senator with the idea.

Mulcahy presents as light-hearted when discussing even the most serious topics, but he comes off as disgusted when it comes to voter turnout.

Referring to the percentage of eligible 6th District voters who turned out for the 2016 presidential primary, he said: “Our district shaped the nation. At an 8.84 percent voter turnout rate, we’re not shaping anything, not even our district.”

Asked to assess his fellow Democrats vying to unseat Moulton, Mulcahy had nothing negative to say. Moulton, he said, “is a good guy, but one of the reasons I’m running is he isn’t addressing the issues that need addressing.” For Mulcahy, those issues are connected with man-made climate change.

Mulcahy’s road to climate activism and then politics was circuitous.

He earned a bachelor’s degree from the University of Massachusetts Amherst, where he studied mechanical and industrial engineering, and a master’s degree from Washington University in St. Louis. For his doctorate, he went to Italy — growing up, he spent half of each year in Italy and half in Western Massachusetts. Mulcahy’s curriculum vitae lists positions at Gillette, Lego, Textron and Emerson Electronics.

In 2008, Mulcahy sought a patent for a device he says allows cooking or heating in an extremely low-emissions manner. In 2012 he obtained a trademark for the WorldStove, which was born of a life-and-death accident.

Mulcahy was working days as head of research-and-development for a large industrial company and Saturdays on WorldStove when he fell down a set of stairs and broke his neck. Paramedics credited his dog, Lucia, with saving his life. During more than two years of hospitalization and rehabilitation, Mulcahy had abundant time to think — and concluded by the time he was back on his feet that he would make WorldStove a full-time endeavor. The experience — and the $38 total bill he paid — is one reason Mulcahy believes a program such as Medicare-for-all is right for the United States.

Mulcahy’s paying job these days is running, from Rockport, a WorldStove operation of about 15 people that is based in Northern Italy and oversees franchises in about three dozen countries. Mulcahy says about 750,000 WorldStoves are in use globally. Expanding use of WorldStove has taken Mulcahy to impoverished zones around the world.

Mulcahy exudes inquisitiveness. It was his curiosity regarding a state shellfish laboratory on Plum Island that led him to walk in one day and ask what was done there, says scientist Diane Regan, a Newburyport resident who greeted him that day and who became friends with Mulcahy.

“I would say he is hardworking, he is dedicated, he is true to his word,” Regan, a self-described “staunch independent,” said. “He is well-learned. He researches.”

Federal Election Commission records show Mulcahy giving less than $100 to political causes in recent decades, all of it to the organization Act Blue and earmarked for either Sanders or U.S. Rep. Tulsi Gabbard, D-Hawaii.

Mulcahy says he entered the congressional race in response to encouragement from a group he won’t yet identify; he says he promised not to. Asked whether Sanders might endorse his candidacy, Mulcahy said: “I would be delighted to have an endorsement from Bernie. It’s not expected in any way.”

Mulcahy and his wife, Jessica, live in Rockport and have 3-year-old twins.

Beyond professional and political activities, Mulcahy says, he is an active member of St. Joachim Parish in Rockport. He says the Roman Catholic Church’s teachings on abortion and sexuality would not affect his legislative work.