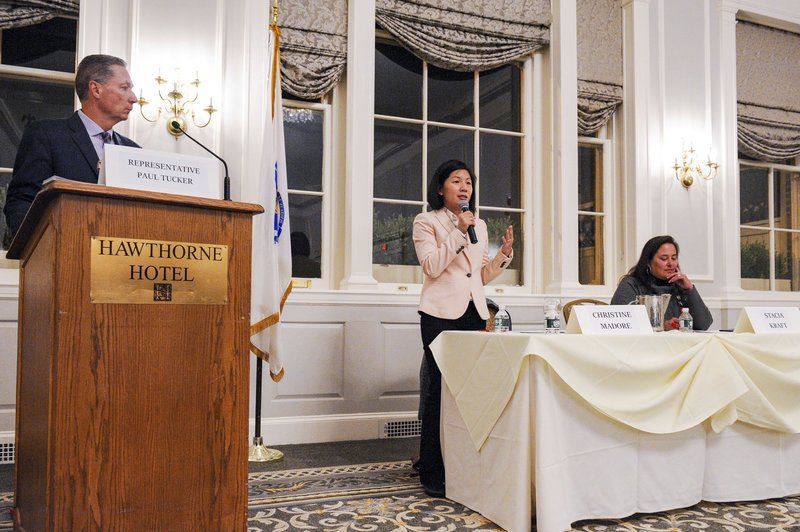 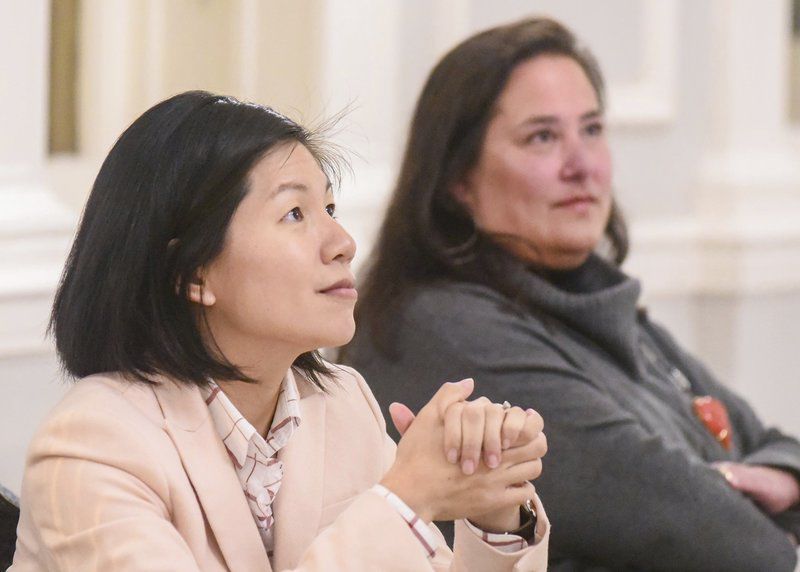 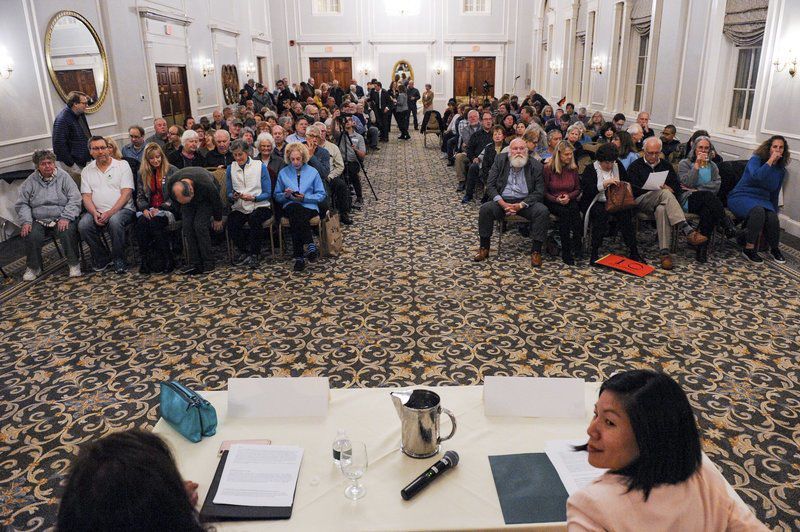 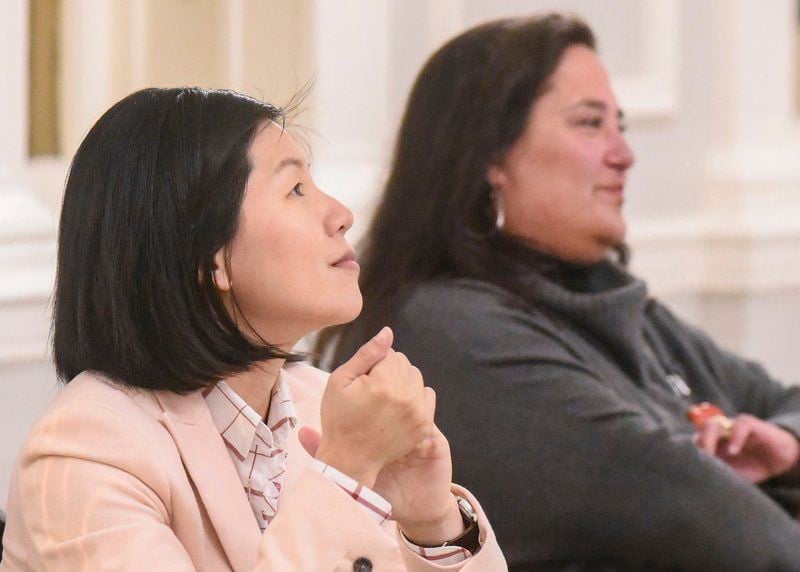 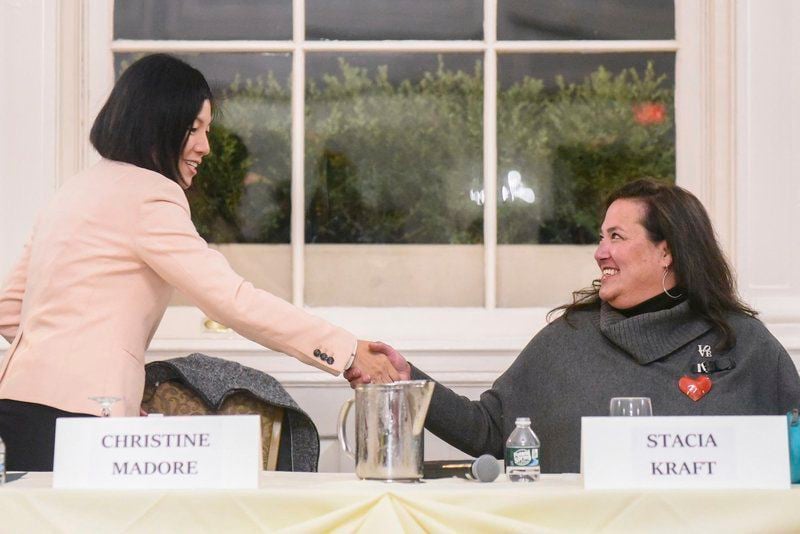 Single-term Ward 2 City Councilor Christine Madore faced her write-in challenger, Stacia Kraft, in front of a packed Hawthorne Hotel grand ballroom Tuesday night. The forum provided an opportunity for downtown residents and those living in some of the city’s most historic neighborhoods to compare candidates in a race that only emerged four weeks ago when Kraft signs started popping up around the ward.

Questions focused heavily on development and Salem Common, traffic and parking struggles and more. There were opportunities for a couple civics lessons as well with questions asking the candidates to explain, for example, the difference between a ward and at-large councilor.

The crowd was a little more raucous than past forums for other races, with outbursts of applause and laughter mostly benefitting Kraft. The outbursts prompted multiple responses from moderator state Rep. Paul Tucker, who reminded the crowd ...”This time should be used for the candidates, not applause and clapping.”

One question dividing the candidates early on cented on the North River Canal Corridor and the zoning that protects properties along the North River. Asked about master planning for the corridor, Madore described regulations as being out of touch with the city today while Kraft argued that development doesn’t adhere to the rules.

“These very dense developments are a concern and aren’t really conforming with the master plan,” Kraft said. She argued rules were designed to keep projects scaled to the neighborhoods that surround them. “We’re creating a lot of variances and changes so we can squish things in that don’t adhere to the spirit of the plan.”

“Are we living up to the vision? No, we’re not,” Madore argued. “We’ve seen several hundred housing units permitted in this area, but we haven’t seen activation of the waterfront, connectivity of our open spaces or really great arts and culture, retail and mixed uses.”

The candidates were also asked to address conditions at Salem Common and the lack of a master plan or long-term vision for the historic park.

Kraft, meanwhile, pushed for lighter and lower-impact uses while lauding the Salem Common Neighborhood Association as “being great champions, for a long time, of the Common.

“They fundraised for the fence and fundraised for major improvements of the Conant statue,” Kraft said. “One issue I’ll never understand is that the plows knock down the fence. I think they should be insured so they can be responsible, have some sort of insurance set up so (damage) doesn’t happen.”