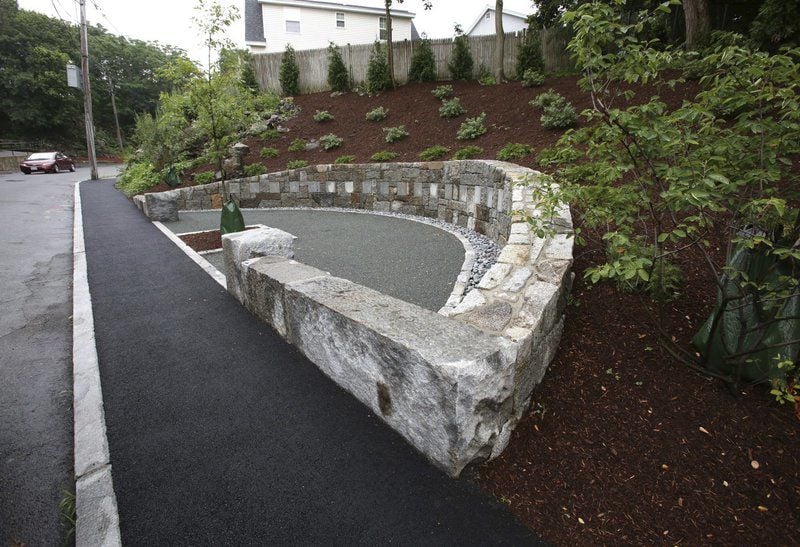 Ken Yuszkus/Staff photo Improvements to Proctors Ledge, site of the Salem Witch Trials executions, will be dedicated Wednesday, July 19, on the 325th anniversary of the hangings. 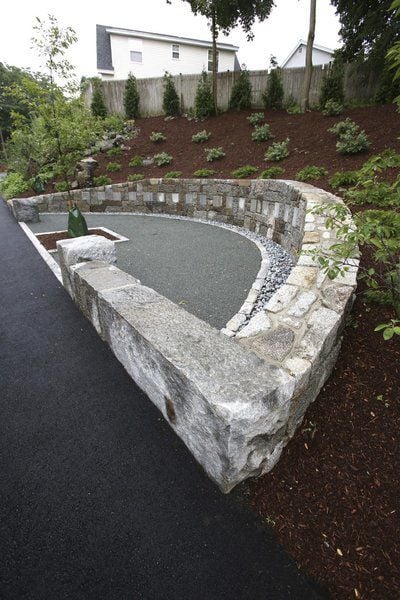 Ken Yuszkus/Staff photo A dedication at Proctors Ledge, site of the Salem Witch Trials executions, will be held next Wednesday at noon, the 325th anniversary of the hangings. 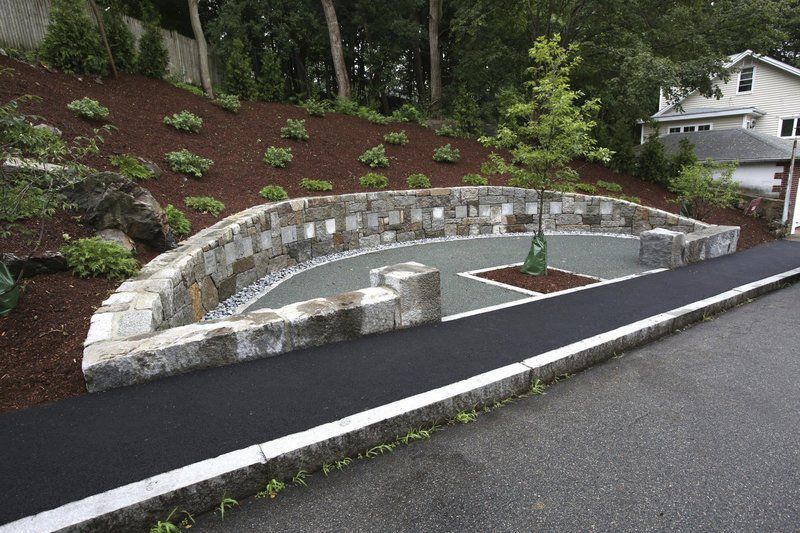 Ken Yuszkus/Staff photo Improvements at Proctors Ledge, the site of the Salem Witch Trials hangings, will be dedicated on the 325th anniversary of the executions.

Ken Yuszkus/Staff photo Improvements to Proctors Ledge, site of the Salem Witch Trials executions, will be dedicated Wednesday, July 19, on the 325th anniversary of the hangings.

Ken Yuszkus/Staff photo A dedication at Proctors Ledge, site of the Salem Witch Trials executions, will be held next Wednesday at noon, the 325th anniversary of the hangings.

Ken Yuszkus/Staff photo Improvements at Proctors Ledge, the site of the Salem Witch Trials hangings, will be dedicated on the 325th anniversary of the executions.

The North Shore will quietly honor the lives of 19 men and women accused of witchcraft and killed during the Salem Witch Trials as a major 325th anniversary in the trials passes next Wednesday.

The first execution, of Bridget Bishop, was carried out on June 10 of the same year. Five more people convicted of witchcraft were hanged in August, and eight more on Sept. 22.

Giles Corey, who refused to plead, was pressed to death on Sept. 19.

The victims will be remembered at the Proctor's Ledge site at a ceremony and dedication on Wednesday, July 19, at noon.

Speakers will include Mayor Kim Driscoll, the Rev. Jeff Barz-Snell of First Church in Salem, Salem State University history professor Emerson "Tad" Baker and a member of the Towne family, descendants of Rebecca Nurse, whose maiden name was Towne.

The Gallows Hill Project confirmed last year that Proctor's Ledge was the site of the executions. Since then, city leaders have pulled together the cash to build a memorial at the site to honor the victims killed there.

Danvers — originally Salem Village — also will host a commemoration ceremony at the Rebecca Nurse Homestead, 149 Pine St. A reception will be held in the meeting house at 6:30 p.m., followed by a ceremony at 7 p.m. and laying of flowers in the Nurse Cemetery at 7:30 p.m.

The property is owned and maintained by the Danvers Alarm List Company, which will host the ceremony.

"It's her property, and we're lucky enough to be able to take care of it," said Alarm List president Jackson Tingle. "We want to pay our respects and encourage others to pay their respects to one of many people — one who had a special connection and stood up for the truth."

The ceremony at Proctor's Ledge will double as the dedication of the site, which has been in planning since the Gallows Hill Project announced its findings a year and a half ago.

The city bought the site in the 1930s when it was suspected it had been used as the hanging ground, but as the years passed, so too did any effort to honor the victims there. For the 300th anniversary in 1992, a memorial was created in downtown Salem, and officials have continued to urge tourists to visit there instead of Proctor's Ledge.

Bearing that in mind, the Proctor's Ledge memorial is minimal — providing a place to remember, but not to visit. The bulk of the memorial faces Pope Street, one of two public roads bordering the site today.

"It's a ledge wall that goes into the site with granite blocks," said city preservation planner Patti Kelleher. "Within that retaining wall, there are blocks — 19 blocks — and each block will have the name of the person and the date of the execution."

The blocks will be lit up at night, she said.

"The only thing that was done on the Proctor Street side was building out the sidewalk with three street trees, just for those people who may wish to be there," Kelleher said. "The intent is for people who wish to come to the memorial and recognize what happened at the site to come to the Pope Street side."