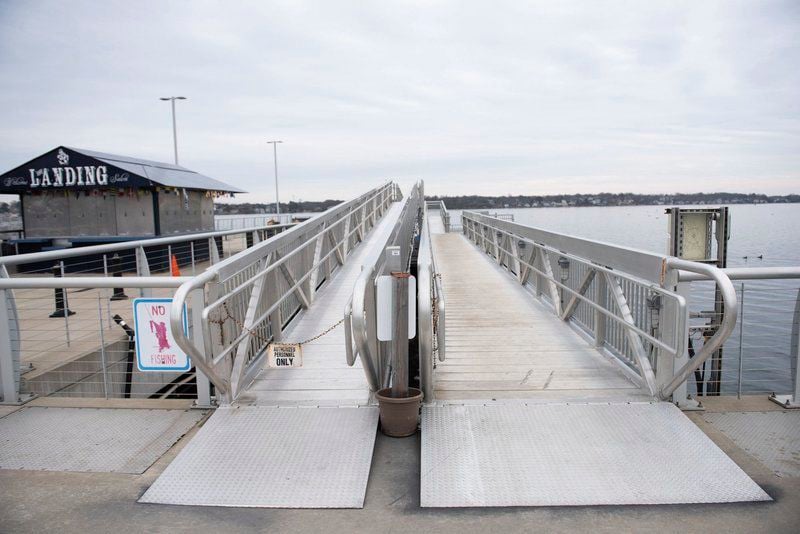 Pictured is the ferry landing in Salem on Blaney Street. Salem is getting $1 million total from the Seaport Economic Council, including $840,000 for work on the deepwater berth and $160,000 for planning for the city's municipal harbor. RYAN MCBRIDE/Staff photo 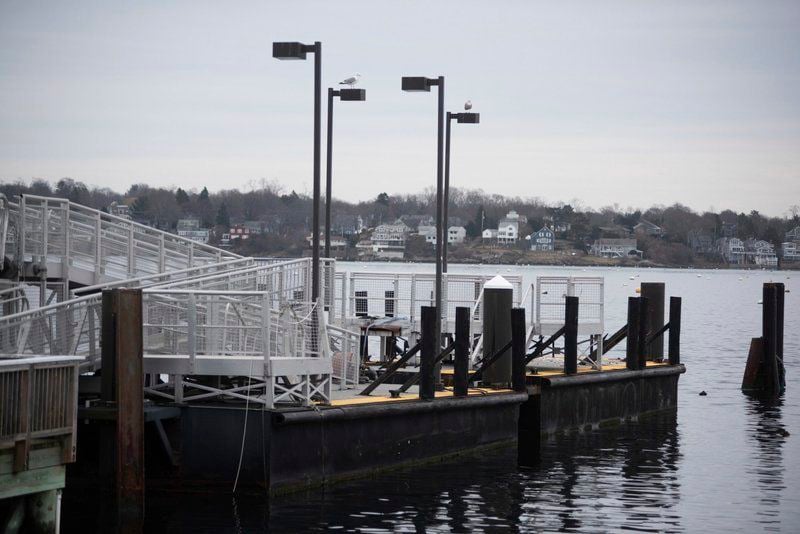 Pictured is the north berth ferry dock on Blaney Street. Salem is getting $1 million total from the Seaport Economic Council, including $840,000 for work on the Deepwater Berth and $160,000 for planning for the city's municipal harbor. RYAN MCBRIDE/Staff photo

Pictured is the ferry landing in Salem on Blaney Street. Salem is getting $1 million total from the Seaport Economic Council, including $840,000 for work on the deepwater berth and $160,000 for planning for the city's municipal harbor. RYAN MCBRIDE/Staff photo

Pictured is the north berth ferry dock on Blaney Street. Salem is getting $1 million total from the Seaport Economic Council, including $840,000 for work on the Deepwater Berth and $160,000 for planning for the city's municipal harbor. RYAN MCBRIDE/Staff photo

SALEM — Another million dollars is coming to the city's harbor efforts off Blaney Street.

The Seaport Economic Council announced two grants at an event in Gloucester Tuesday morning. The first grant includes $840,000 to make repairs to the ferry landing and deepwater berth once used for coal ships. Another $160,000 will go toward harbor planning efforts for approximately 45 acres of undeveloped land around the Salem Harbor Footprint power plant, which replaced the former coal-firing plant.

"It's a game-changer for us," said Salem Mayor Kim Driscoll. "We're excited about the opportunity to think about what comes next and how to maximize the use of the pier. It isn't often when you have 45 acres off a federal channel and a residential neighborhood, where it's just vacant land."

The harbor planning cash, as outlined in the council's announcement, will allow city leaders "to embark on a harbor planning and community visioning effort that will revise the Salem Harbor Plan to address significant changes that have occurred both along Salem's waterfront and in how the city approaches waterfront development in consideration of climate change and sea-level rise."

The larger grant, meanwhile, will help officials work out upgrades and repairs at the deepwater berth alongside the Footprint property. The site is used occasionally throughout the year to moor large commercial vessels, including occasional cruise ships and infrequent visits from the U.S.C.G. barque Eagle.

The money will also pull some attention to the existing ferry landing and a neighboring "north berth" fit for taking ferries between the current landing and deepwater berth. A second vessel will soon join the Nathaniel Bowditch, the existing ferry service run by Boston Harbor Cruises to and from Boston. That's based largely on a grant from the U.S. Department of Transportation, which was announced in mid-2018.

"We completed an assessment of pier conditions, and there's a lot of needs," Driscoll said. "This $840,000 will allow us to tackle some of those and get another dock set up for the second ferry."

The upgrades to the berth will "allow us greater flexibility with the size of vessels," said city harbormaster Bill McHugh. "We could take in a smaller vessel with a larger vessel, or take in a larger variety of smaller vessels."

Exact construction timelines aren't set yet. Work to revitalize the north berth will likely go out to bid within the next several months, according to McHugh.

"As far as the deepwater berth, we have to do a little more homework," he said, "but (it's the) same time frame — months to try to get a phase started."

The grants were announced alongside a combined $2.9 million in funding unveiled at Gloucester's Lyceum and Sawyer Free Library. The city of Gloucester will receive $240,000 for harbor planning, while leaders in Beverly will land $48,000 for repairs to its commercial fishing pier.

“By investing in locally-grown proposals that respond to a need or plan for the future, the Seaport Economic Council is partnering with communities to continue the momentum that we have seen in the Blue Economy in recent years,” said Lt. Gov. Karyn Polito, chairperson of the council. “We are thrilled to make this funding available today for these nine planning and infrastructure projects, and to encourage communities with saltwater dredging needs to submit applications for the next grant round.”

This phased project will ultimately reconstruct the Beverly Commercial Fishing Pier, replacing the existing timber pile-supported pier with a steel pile-supported concrete pier and new hoist to better serve the commercial fishing fleet. The hoist pier is vital for the commercial fishing industry to unload their catch and equipment and sell their haul to consumers. This phase of the project will include feasibility, survey, permitting, and design/engineering.

This funding will help the city of Salem identify and implement near-term improvements necessary to maintain functionality of the Salem Wharf Deepwater Berth, and if near-term improvements are not practicable, or do not require the full requested funding, then funding will be used to begin an assessment of long-term rehabilitation and/or reconstruction of the wharf. This assessment will be closely coordinated with the Harbor Planning effort, as future uses may inform the design. The tourism industry is an important economic driver for the city of Salem, and over the past five years, the city has successfully hosted medium-sized cruise ships at the berth, welcoming thousands of visitors to Salem.

This funding will allow the city of Salem to embark on a harbor planning and community visioning effort that will revise the Salem Harbor Plan to address significant changes that have occurred both along Salem’s waterfront and in how the city approaches waterfront development in consideration of climate change and sea level rise. The Salem Harbor Plan will serve as a basis for the city and the commonwealth to employ a shared approach to the development and regulation of waterfront areas subject to public rights and interests.

This grant will support a new harbor planning process in Gloucester that will look at the unique aspects of Gloucester Harbor and the challenges and opportunities faced by the city. Due to an evolving economy, which continues to respond to such pressures as fishing regulation and climate change, the city of Gloucester is looking to capitalize on new opportunities in marine research and product development. The city will embark on a planning process to update the 2014 Gloucester Harbor/DPA Master Plan to reinforce its seafood industry base while taking into consideration the challenges of climate change and opportunities in the marine research and development sector and life sciences cluster. Public participation is a vital component of Gloucester’s harbor planning efforts and it will be integral to identifying beneficial development and activities that are also sensitive to the environment, existing neighborhoods, and balanced with the needs of the community-at-large.