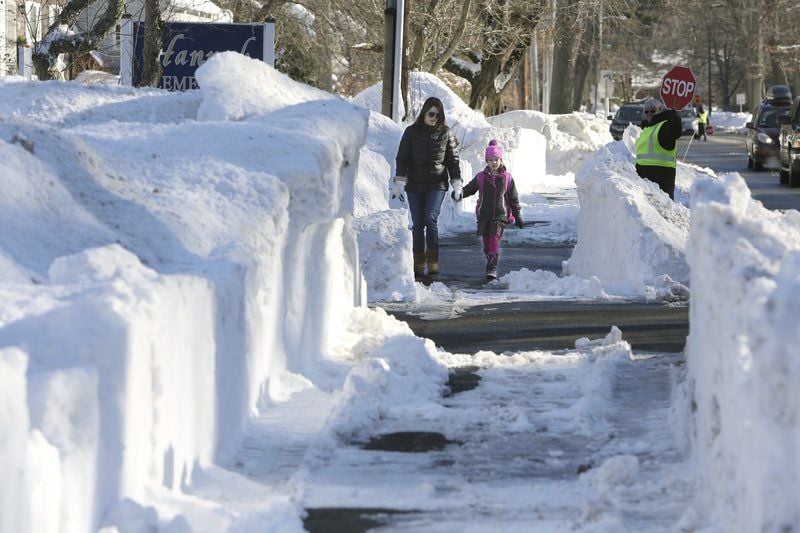 Kristin Vona walks in the cleared walkway with her daughter Ava who finished her school day at the Hannah Elementary School in Beverly. 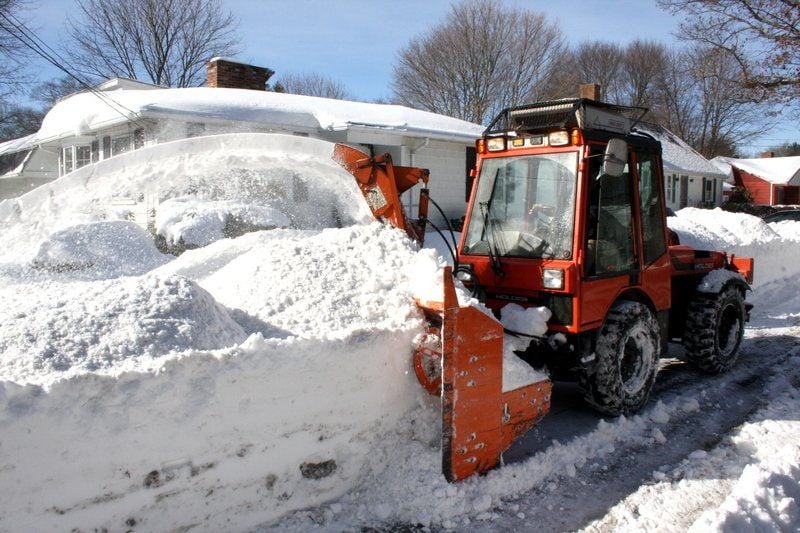 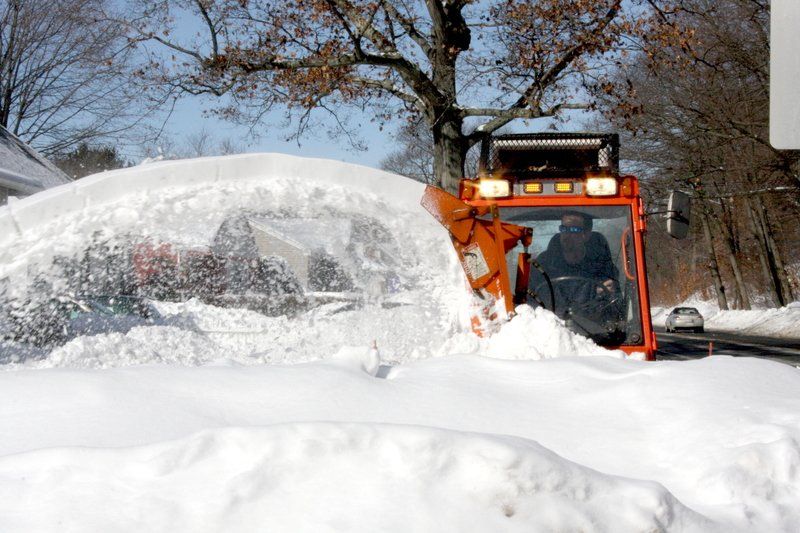 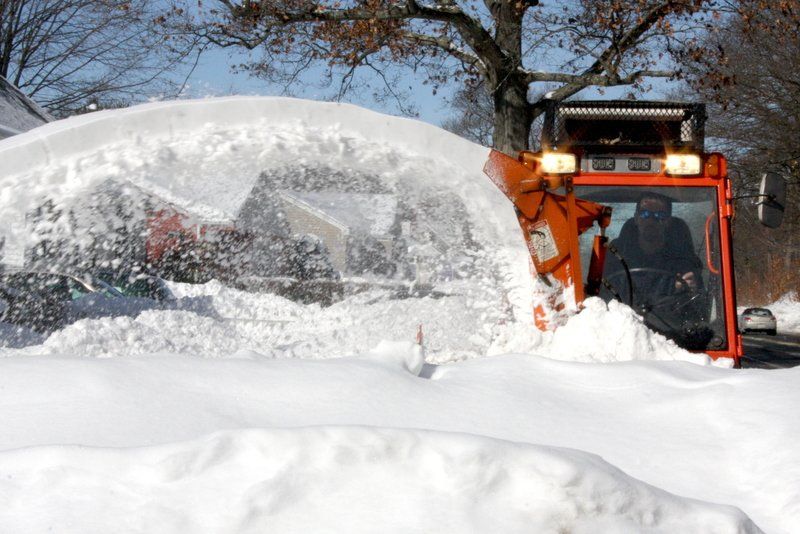 Kristin Vona walks in the cleared walkway with her daughter Ava who finished her school day at the Hannah Elementary School in Beverly.

As cities and towns continued to dig out from the blizzard on Thursday, some schools opened their doors while others remained closed. And in some communities, that generated a buzz on social media sites, often with a hostile tone.

Salem and Hamilton-Wenham were the only school districts that stayed closed on Thursday, citing sidewalk conditions more than anything for the need to keep classrooms on ice for a third day straight.

“While the HWRSD Maintenance Team, and the Hamilton and Wenham DPWs have done a wonderful job working to clear the snow,” The Hamilton-Wenham School District site read yesterday, “sidewalks and side streets will not be ready in time to open schools tomorrow.”

In Salem, Mayor Kim Driscoll posted a notice Wednesday morning that schools would be closed Thursday “to ensure that we can get school lots, walkways, adjacent sidewalks, crosswalks, etc. cleared.” Salem residents without off-street parking are allowed to park in school lots during snow emergencies, and the on-street parking ban was not lifted until 8 a.m. Thursday — not enough time to clear lots for the start of school.

In Beverly, which did hold school, some parents were upset.

A community social media page had several comments discussing the fact that some students were forced to walk in the street because sidewalk conditions were less than favorable. Another worried that even though sidewalks had been cleared on Sohier Road, the high snowbanks reduced visibility and made it dangerous for children to cross the street.

In districts that held school yesterday, heavy preparation and sweat equity made it possible.

“Danvers sent out crews at 1 a.m. this morning after about a nine- or 10-hour period to focus and concentrate solely on sidewalk plowing,” said Robert Lee, director of operations for the department of public works. “For the most part, they got all the sidewalks we designate for plowing.”

The same was the case in Swampscott, where School Superintendent Pamela Angelakis said town officials debated at length on whether to open schools on Thursday. Ultimately, they decided to delay opening by two hours, but it was all hands on deck to make getting to school easy.

“Administrators and staff were outside at arrival to assist students in navigating any difficult paths,” Angelakis said.

Ultimately, the decision to open or stay closed is one of the toughest to cross a superintendent’s desk, she said.

“Making decisions about calling off school in a snowstorm is one of the least favorite responsibilities of any superintendent,” she said. “It is a difficult call to make, and you always ask yourself if it is the right one.”

In Beverly, sidewalk-clearing operations continued throughout the day while students filled classrooms across the city.

“Last night, we were cleaning up the schools late into the night,” Michael Collins, commissioner of public services, said Thursday morning. “We’re working our way out. We have half a dozen guys out there right now.”

The work isn’t easy, especially on workers and equipment that have been putting in some serious hours for several days.

“Two of our machines are broken down right now, but we have several other machines,” Collins said of the city’s sidewalk plows. “We do 40, 50 miles of sidewalks ourselves.”

While many sidewalks in Beverly were clear Thursday morning, many others weren’t. Collins named Enon Street as an example of a street so far from any schools that the sidewalks are given low priority.

“We like to focus on the school routes first. By the time we get up there, it’s going to be next week, end of next week. So does that mean you don’t have school?” Collins said. “You have to go back.”

The question of safety is an important one, he said, but so, too, is resiliency.

“You can’t possibly close school for the amount of time it’d take to get the sidewalks clear,” Collins said. “For a couple of days, you have to drive [your kids to school].”

For more on this story or other story-related inquiries, email dluca@salemnews.com, call 978-338-2523 or message @DustinLucaSN on Twitter.