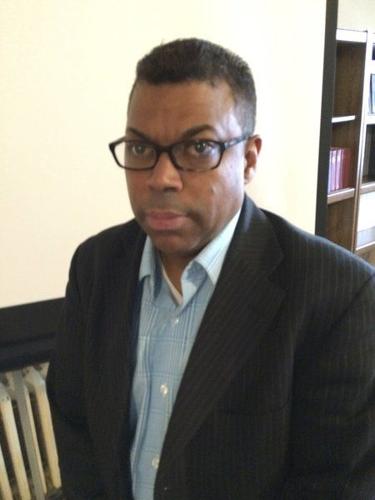 PAUL LEIGHTON/Staff photoYoleny Ynoa says a police officer ordered him to leave the polling place when he tried to assist his mother, even though state law allows voters to bring an assistant of their choosing with them. 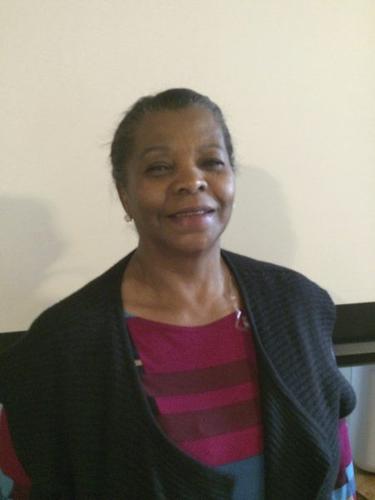 PAUL LEIGHTON/Staff photoAltagracia Florian says the sample ballot she tried to bring into the voting booth with her was confiscated, although state law permits voters to bring sample ballots and other documents with them.

PAUL LEIGHTON/Staff photoYoleny Ynoa says a police officer ordered him to leave the polling place when he tried to assist his mother, even though state law allows voters to bring an assistant of their choosing with them.

PAUL LEIGHTON/Staff photoAltagracia Florian says the sample ballot she tried to bring into the voting booth with her was confiscated, although state law permits voters to bring sample ballots and other documents with them.

SALEM — Altagracia Florian had just become a U.S. citizen when she went to vote for the first time in 2014 at the Bentley School.

Since she doesn't speak English, Florian brought a sample ballot to help her through the voting process. According to Florian, as she walked into the polling place, she was approached by a police officer and asked where she got the sample ballot.

"'He said, 'Surely you must have stolen that,'" Florian said, speaking through a translator.

Florian said the officer took away her sample ballot before she went in to vote, even though state law allows voters to bring sample ballots with them. Instead of feeling proud about casting her first vote in this country, she said the encounter left her upset and angry.

"I told the police officer, 'You are not going to get away with this,'" Florian said.

According to many Latino voters and advocates, Florian's experience at the polls in Salem is not unusual. They say it is only one of many instances in which minority voters faced harassment and intimidation in the 2012 and 2014 elections.

The Salem Latino Leadership Coalition and other organizations say they have been trying for four years to work behind the scenes with city officials to resolve the problems. But frustration with the response has prompted them to go public with their concerns.

On Sunday, following a story in The Salem News reporting on the complaints, Mayor Kim Driscoll sent an email to city councilors and other city officials with the subject line: "We're better than this." In the message, Driscoll called on the City Council, Board of Registrars, Latino Leadership Coalition and others to meet and "take firm steps to ensure these matters are addressed."

"While we've made good progress in establishing Salem as a city of inclusivity, if we fail to ensure equal access to the ballot box for all citizens, then we fail to meet the most fundamental measure of inclusivity in our democracy," Driscoll wrote.

Members of the Latino Leadership Coalition are scheduled to gather at City Hall on Tuesday to sign a memorandum of understanding to "promote and safeguard the voting rights of eligible residents regardless of their race, ethnicity, or limited English proficiency through increased language access to voters, training, and voter education."

Driscoll and police Chief Mary Butler plan to sign the agreement, but City Clerk Cheryl LaPointe — whose office oversees elections — does not. LaPointe said that as the city clerk she is not allowed to "choose one group over another."

The voting issues first surfaced in November of 2012, when volunteer monitors said they witnessed problems ranging from rudeness to discrimination against Latino voters. Students from a Salem State University class who observed voting in Ward 1 at the Bentley School said poll workers routinely asked Latino voters for identification and did not do the same for white voters.

Salem State professor Tiffany Chenault, in her video, said she was at the Bentley School from 8 a.m. to nearly 7 p.m. in 2012 and "saw things I've never seen before."

"People were being treated very disrespectfully and even a bit racist," Chenault said. "As someone who studies voting inequality, just to witness the disparities that people had in regard to access to vote blew my mind."

In an interview, Salem resident Yoleny Ynoa said he went with his mother to vote in 2014 at the Bentley School. He said a poll worker told him he could not help her vote, and a police officer told him to leave — even though state law allows voters to have assistance in the voting booth.

Rosario Ubiera-Minaya, the chief program officer at North Shore Community Development Coalition, said she was among a group of volunteer interpreters who were blocked by police from assisting voters at Bentley during the 2012 election.

"We were taken away to another room and asked to leave," she said. "They said if we don't leave, they'll take us to the booking station. For me, it was an intimidating experience."

The Latino Leadership Coalition, Point Neighborhood Association and North Shore Community Development Coalition informed the city about their complaints in March of 2013 with a letter to the Board of Registrars. The groups wrote a follow-up letter in October of 2013 and met with LaPointe and the Board of Registrars at City Hall in August of 2014.

Police Chief Butler said she responded to the complaints by issuing a special order last fall specifying the duties of officers who are working details at election sites. The order says officers should refer potential violations of election law to the poll warden, rather than take action on their own.

Butler said officers "may not have been 100 percent clear" that voters are allowed to bring someone to the voting booth to assist them.

Butler said things went well at last September's election, and she received a letter of appreciation from the Latino Leadership Coalition.

Not everyone has acknowledged the legitimacy of Latino voters' complaints. Joseph Szymanski, who has been a poll worker in Ward 1 for years along with his wife, called the allegations of harassment and intimidation "a lie." He said the allegations "impugned the integrity of all the people who work in Ward 1, Precinct 2 who have never seen what was described by these people."

"That's a terrible blot on the city and on the workers in the poll," he said.

Szymanski said many Latino voters "don't know how to vote" and don't realize they are supposed to state their address first, not their name. He said he doesn't understand why people who can't speak English are allowed to vote.

"They come here and demand that we speak their language," he said. "Not that they learn our language in our country. They want us to learn their language."

With LaPointe's refusal to sign the memorandum of understanding, it is unclear what impact the agreement will have on future elections, including next Tuesday's presidential primary. LaPointe was unanimously appointed to a three-year term last fall by city councilors, without any questions regarding the Latino voter complaints.

City Council President Josh Turiel said in an email on Friday that he had not been aware of any "systemic issues" concerning voting in Salem, and that nothing had been brought to the council's attention during his tenure on the council. Turiel was first elected in 2011.

"If things are being done wrong, they need to be fixed and fixed right away," he said. "We need to make sure that all our citizens can vote, vote easily, and not be denied that right."

Ward 1 City Councilor Robert McCarthy, who represents the Point neighborhood where many of the complaints originated, did not return calls seeking comment.

SALEM — The mayor, police chief and community leaders gathered at City Hall on Tuesday to sign a document designed to ensure the election righ…

SALEM — Don Bates, a member of the city's Board of Registrars, sat by himself at the far end of the Point neighborhood's polling place midway …

SALEM — Work is underway to bring non-English voting ballots, namely ones in Spanish, to city elections.