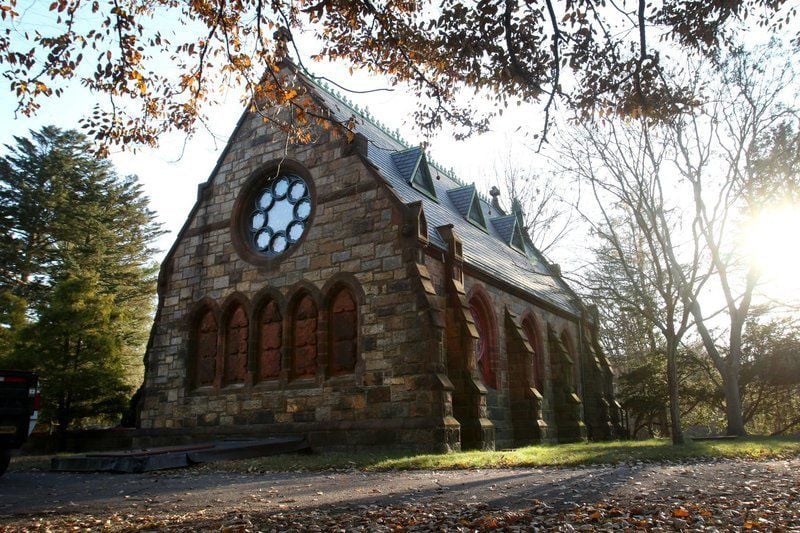 HADLEY GREEN/Staff photoThe rose window of the Dickson Memorial Chapel at Greenlawn Cemetery in Salem has been newly restored.11/25/17 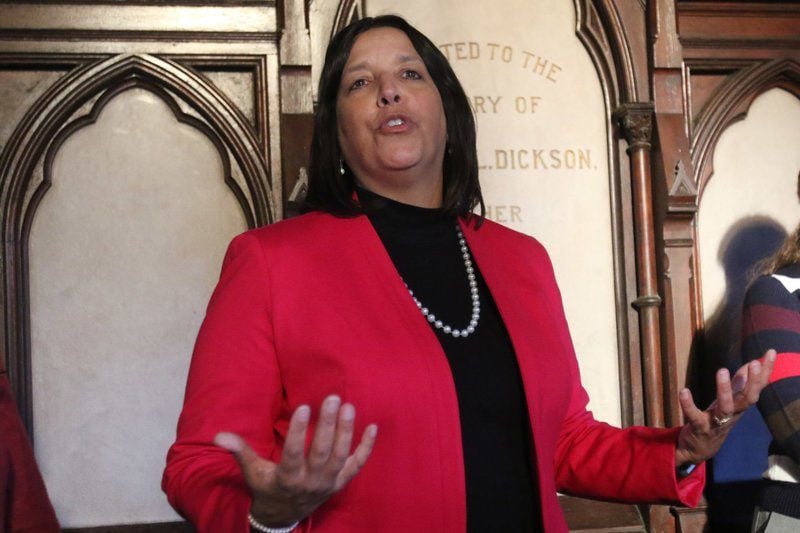 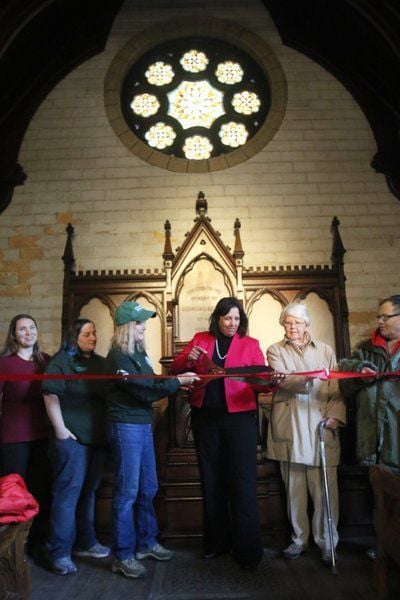 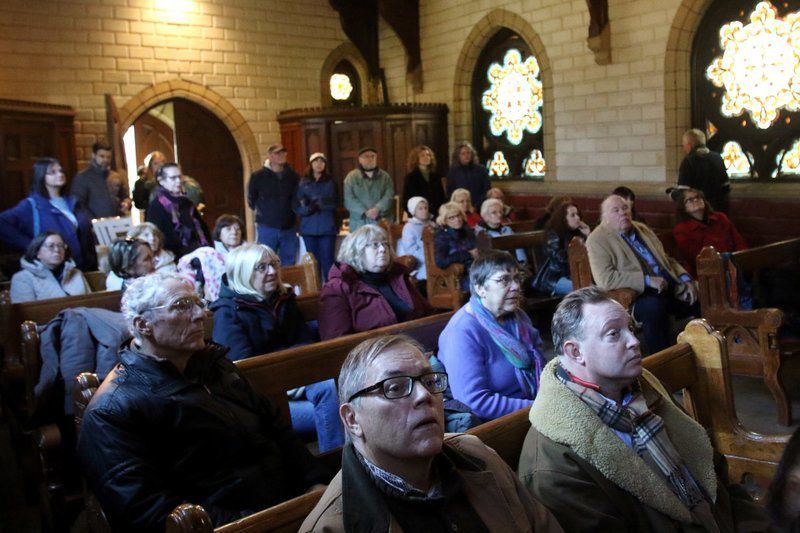 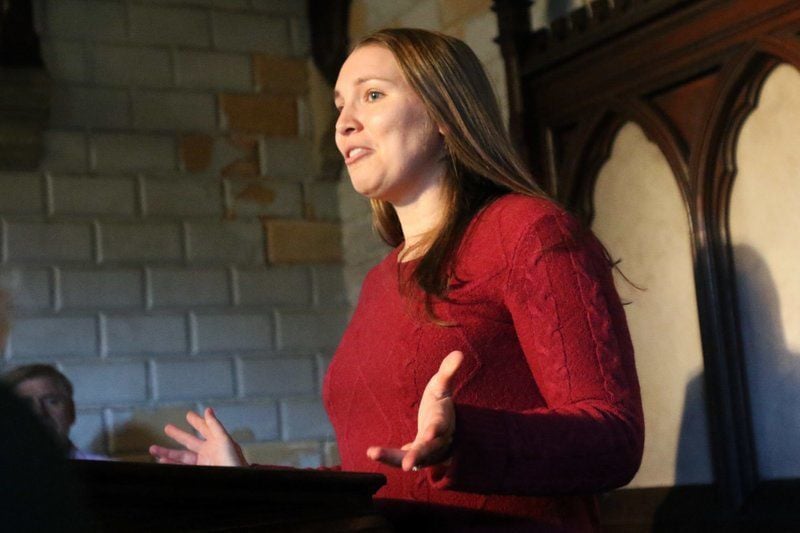 HADLEY GREEN/Staff photoThe rose window of the Dickson Memorial Chapel at Greenlawn Cemetery in Salem has been newly restored.11/25/17

SALEM — Greenlawn Cemetery's Dickson Memorial Chapel is well beyond 100 years old, but today the landmark is showing less evidence of its age.

The city celebrated the completion of the first phase of Dickson Chapel's restoration Tuesday with a ribbon-cutting ceremony. So far, $226,000 in restoration work has been done on the chapel's east-facing Rose Window and the building's network of floor supports.

"We're just trying to bring back the chapel and conservatory," Friends of Greenlawn Cemetery co-chairperson Christine Lutts said, "and we have a full preservation plan for the cemetery."

"This whole window was actually removed, and the wood was restored as much as fiscally possible," said city staff planner Erin Schaeffer, who helped oversee the project. "All the glass is the same stained glass that has been there for 100 years."

Some work was also done on parts of the chapel's ceiling.

As much as Tuesday saw a celebration of the project and its outcome, the event was really just the beginning.

"As you know, there's a lot of work to be done," Schaeffer said. "One of the main goals for the next phase is to keep this building as water-tight as possible. It's leaking like a sieve, unfortunately, in many places."

Walter Scott Dickson had the chapel and an attached conservatory built in 1894 as a memorial to his wife. He left the building to the city after his death in 1901. The conservatory was taken down about 40 years ago. Today, the chapel is used for memorials and small private events.

As time went on, the building continued to age. The lack of a heat source led to deterioration of the chapel's interior, and water damage took issues even further over time.

The restoration work started last year, with initial plans including $106,000 in Community Preservation Act money and $50,000 from the city's capital improvement funds. Another $50,000 came from the state's Historic Commission.

The celebration Tuesday marked completion of the first phase of the project.

"We've spent $226,000 to date on this first phase, and we're looking forward to breaking up this work and thinking about how we can get it completed in our lifetimes," joked Salem Mayor Kim Driscoll at the ceremony. "If you have ideas, we're open."

The next phase is expected to cost somewhere around $1 million, according to Schaeffer.

"As you can see, this paint is peeling, and we have some staining of the stones," she said, pointing out damage to the building's interior. "Sometimes, we don't have the lens to be able to see that."

Through the first phase of work however, "we learned a lot," Schaeffer continued.

"Now, we have a better understanding of the stone masonry, where the leaks are," she said. "The next phase is really going to be focusing on the restoration of the masonry — both on the outside and inside."

Then, there's more work to follow. That includes the possible return of the conservatory, which Schaeffer described as "the bigger vision" at Greenlawn Cemetery.

"We've heard so many neighborhood stories from all of you throughout this process," she said.

But so far, things are looking great for the Dickson Memorial Chapel.

"Our structural engineer says this building is in good shape," Schaeffer said. "It's bones were constructed well in the first place, so it's nice that we have such a beautiful asset in the city."

Phase one down, way more to go